Nerd Much?
Home Games We Happy Few And A Brave New World: Going Beyond The Book 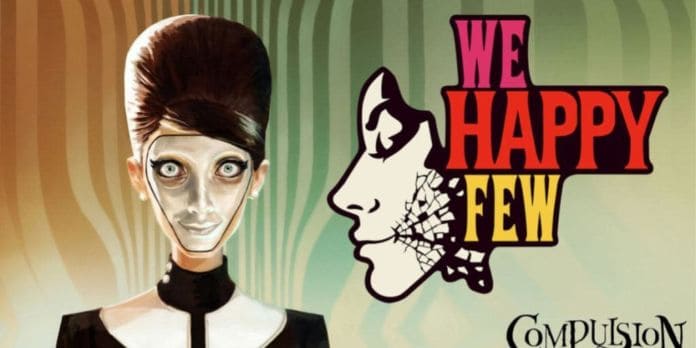 Video games based on books are not the most wild ideas out there, and they are certainly a great deal more successful than when a video game is based on a movie. However, I will say that We Happy Few does it quite successfully and from a unique source material. This is the first time that a classic novel everyone in America ends up reading in high school, is faithfully adapted to a video game without compromising any of the major themes. 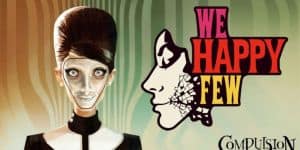 There are of course other somewhat classic novels, like Sherlock Holmes and Alice In Wonderland, that have their fair share of video game adaptations.

But I don’t believe either are quite as faithful, thus far, as We Happy Few is to Aldous Huxley’s A Brave New World. We Happy Few captures the main themes of the book, as well as the experience of Huxley’s world and fictional narrative.

These main themes include the use of the drug called Joy (soma), downers sequestered to specific areas (the Savage Reservation in New Mexico), and the way human nature (like violence and sex) are framed. On top of all this, We Happy Few captures the experience of reading the book in a way only a video game can. Games are about personal experiences and player autonomy, not the single experience of a book with many interpretations.

Soma, in A Brave New World, is an antidepressant and hallucinogenic drug that removes all feelings of unhappiness in a person. This is exactly what Joy does in We Happy Few. If nothing else, Joy is a direct reference to Huxley’s book, the only difference being the “game mechanic” of toxicity if the player uses too much of it to remain passable in certain areas. If it is a difference at all, as Bernard in A Brave New World is fairly immune to the drug because his conditioning was incomplete. 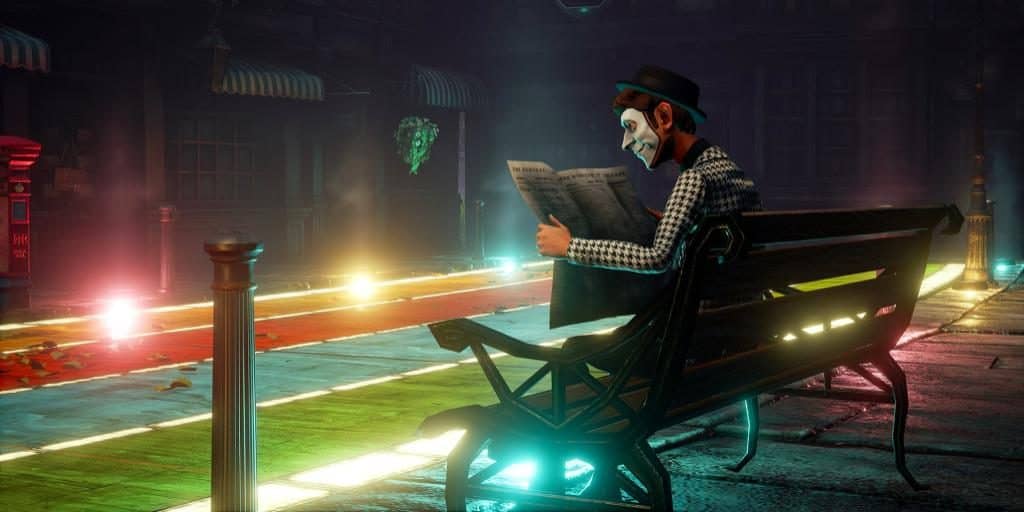 The downers and those that populate the Savage Reservation in New Mexico, are both similar and completely different. In A Brave New World, these people are supposed to represent our modern Native Americans and have somewhat archaic punishments.

In We Happy Few, downers are the portion of the population that cannot take Joy, for what appear to be similar reasons to the player’s character. They wander aimlessly, in deep depression and prone to aggressive violence if disturbed in their search for the next fix of Joy.

Whereas the Reservation is filled mostly with people who are untouched by the control of the World State, as far as I can tell. However, Iceland is mentioned as a kind of prison place where nonconformists are exiled to. It isn’t made clear who lives there, but it is implied that other dissenters live there. As such, it might seem that Iceland is a more accurate place for downers than the Reservation. However, I must point out that the Reservation is somewhere the Brave New World inhabitants can gawk at the “savagery” of people who live without control, says more about downers than Iceland can. 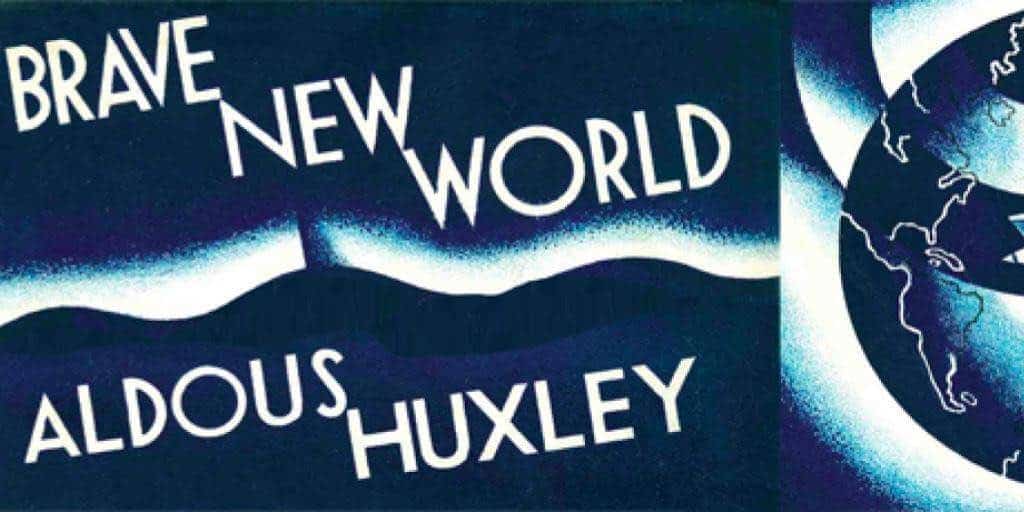 Last but not least, the way violence is framed. In Brave New World, violence and sex is something that must be conducted in controlled and very limited spaces. The Feelies, for example, are extremely technologically advanced “theaters” in which all of the audience members can see, hear, and feel what is going on a screen. It isn’t detailed exactly how they work, but the point remains that people of the World State are obsessed with Feelies.

They provide everything that lacks otherwise in their society of work, conditioning, and technology. Especially where sex is concerned, here citizens are encouraged to treat sex as something that must be done as impersonally as possible. One character describes his sexual experience with a certain woman as “pneumatic,” a word more appropriately used in reference to furniture more than a person.

In We Happy Few, violence is shrouded in illusion and sex simply doesn’t exist. It is not acknowledged throughout the game. Violence is something that the citizens of We Happy Few clearly crave, but Joy makes believe they are, for example, beating a piñata and not a rat. So much so, that this illusory violence is sometimes required for the player to continue unnoticed.

Much like the clearly pornographic theater of the Feelies that everyone sees as simple entertainment, the people of We Happy Few seem to seek out equally “entertaining” violence. Just as in A Brave New World, violence is something that is clearly necessary for the citizens due to repression and is used as a means of control, just like Joy. Which in turn, allows the citizen believe no violence is being committed at all – it’s just another kind of entertainment, Joy/soma or not.

In addition to following all of the above themes of A Brave New World, We Happy Few encapsulates the experience of the World State without requiring the player to go anywhere near Huxley’s book. The game does this through the character of Arthur Hastings (the player character) and game mechanics (as flawed as some of them might still be in Early Access).

Arthur Hastings is a reference to another literary character, this time belonging to Agatha Christie. Hastings is the partner and best friend of the Belgian detective, Hercule Poirot. Already embodying the character of an investigator, it is up to the player to not only figure out what is going on the new world, but how to survive. 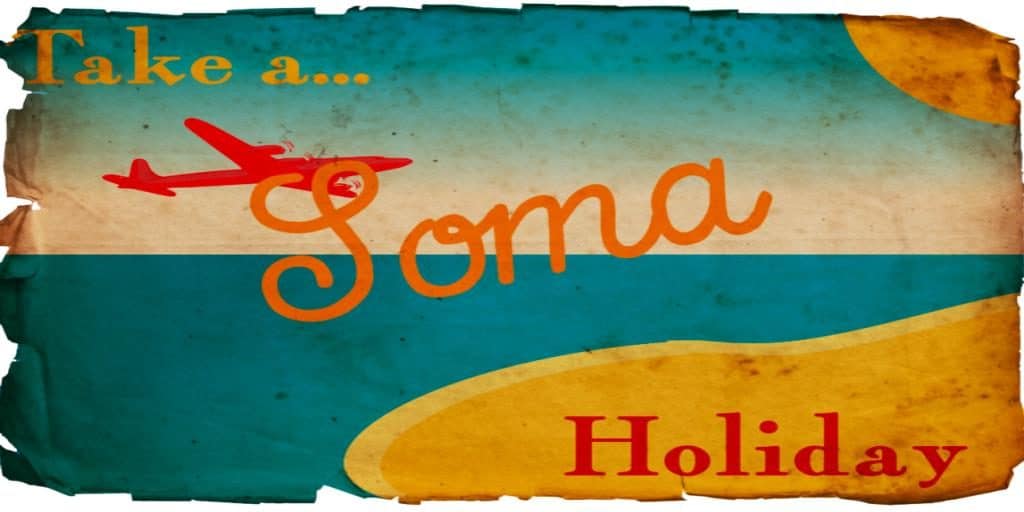 Just as John, the more or less secondary character of A Brave New World, must navigate the World State to understand not only how it works but if it is justified. Where John is allowed to argue with Mustapha Mond, one of the ten World Controllers, on the merits of the World State, Hastings must survive and escape. This way, the player is forced to reflect on their own resolution, especially in how they played the game.

How often did they use Joy, was it easier to upgrade clothes and perfect your speech patterns, than it was to sneak about, or was it easier to upgrade your weapons and health to the point where you could heedlessly bash your way to the escape. Some of the game mechanics limit these methods, but the point is there and some are being fixed before the final release of the game.