Westworld Showrunners Spoil All of Season 2

The first season of HBO’s Westworld was pretty fantastic. But the plot could be convoluted at times. It featured numerous characters with plot points taking place across several different time frames. And the producers did their best to ensure it was all tied up into one neat little package before the conclusion of the season’s finale. 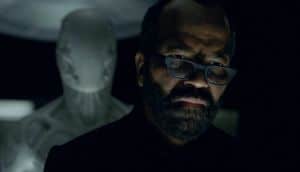 If you were able to see what was coming through the revelations of the last couple of hours, good on you. You’re a true detective, my friend. But many, particularly those on Reddit, crowd sourced theories until they had essentially spoiled the big twists of the initial Westworld season before they happened. And they weren’t exactly easy to see coming.

This apparently frustrated the showrunner combo of Jonathan Nolan and Lisa Joy. So instead of allowing the internet’s theories spoil the secrets of Season 2, they have a new plan. They’re just going to flat out tell everyone what’s going to happen themselves.

During a recent AMA on Reddit, Nolan and Joy essentially said that they intend on releasing all of the story beats for Westworld Season 2 out to the public in video form before the first episode even airs. That way, if you want the spoilers, watch them. If not, just watch the show as it premieres:

“It creates a larger problem for us, though, in terms of the way your guesswork is reported online. ‘Theories’ can actually be spoilers, and the line between the two is confusing. It’s something we’ve been thinking about since last season. The fans of Game of Thrones, for instance, rallied around and protected the secrets of the narrative in part because they already knew those secrets (through season 5).

We thought about this long and hard, and came to a difficult (and potentially highly controversial) decision. If you guys agree, we’re going to post a video that lays out the plot (and twists and turns) of season 2. Everything. The whole sordid thing. Up front. That way the members of the community here who want the season spoiled for them can watch ahead, and then protect the rest of the community, and help to distinguish between what’s ‘theory’ and what’s spoiler.

It’s a new age, and a new world in terms of the relationship between the folks making shows and the community watching them. And trust is a big part of that. We’ve made our cast part of this decision, and they’re fully supportive. We’re so excited to be in this with you guys together. So if this post reaches a 1000 upvotes we’ll deliver the goods.”

Nolan’s post is currently over 3,600 upvotes and still trending up. However, the top comment in response to his statement (which has over 1,300 upvotes itself), praises the team’s ingenuity while at the same time admitting this is a bad idea. From Reddit user jIsraelTurner:

“I love this comment, and I love that you’re discussing solutions with the community like this! Thank you so much!

However, I don’t particularly love the idea of a video. I love to read fan theories, as long as they are uncertain. If there is a video released, I’d know that every theory post not marked spoiler is a false theory. And if I want to read good theories, then I’ll have to read spoilers – and know that they’re correct.

Much of the fun in this community is the thinking and guessing, but never quite knowing.”

This seems to be the correct response here. Of course it’s frustrating as a story teller to have your finale figured out before the final pieces are put into place. But it is what it is, that’s the internet culture in which we live these days.

Should Nolan and Joy actually publish a video that breaks down all the events pertaining to Season 2 of Westworld, the internet will simply find a way to troll those attempting to avoid it into getting unwittingly spoiled. And that’s a situation that no one (but the trolls) want.

With Nolan and Joy’s statement getting the upvotes required, we’ll have to see whether they stay true to their word.

It’s happened. A video, not published by the official HBO channel, appears to have followed through with Nolan and Joy’s promise. If you want to watch, we’ve embedded below. If you don’t, proceed with caution for the next few months: