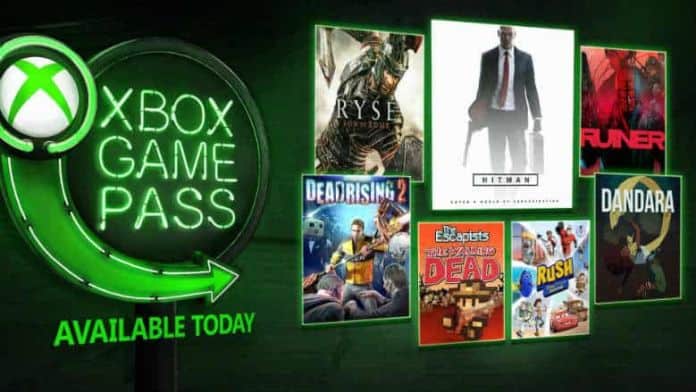 Microsoft has announced which games will headlining the Xbox Game Pass August slate. And there’s at least two gems in this new batch of game’s headed toward your monthly subscription.

The headliner for many this month is likely Hitman Season 1. The game was episodic when it first debuted in March of 2016. Releases were about monthly, with the Episode 6 finale coming in October 2016. In January 2017, IO Interactive released the Complete First Season. That’s available today via Game Pass.

The reboot to Hitman earned favorable reviews upon its release. With Hitman 2 scheduled for a November 13th release, there’s no better time to catch up on the first game’s events.

Ruiner is the next game added to Game Pass. Set within a cyberpunk dystopia, this top-down savage shooter too earned solid reviews following its September 2017 release. You’re pit into the role of a silent protagonist dead set on rescuing his kidnapped brother from the group known as Heaven.

Next on the Xbox Game Pass August docket is Ryse: Son of Rome. The third-person adventure hack and slash launch title for the Xbox One was renowned for its heavy usage of quick-time events. It got beat up critically upon its debut, scoring a mere 64.3% on Metacritic. But as a first-party Microsoft title, it’s surprising that Ryse wasn’t already amongst the list of the other Microsoft owned IPs.

Dead Rising 2 is another great game coming within the Xbox Game Pass August lineup. The sequel to Capcom and Blue Castle Games’ first outing was adored by critics. It’s lighted hearted, comedic, yet zombie infested. And it was highlighted by your ability to customize and create your own weapons from a variety of off the wall objects.

Dandara is an indie title coming to Game Pass this month from Long Hat House. It’s a 2D action platformer that features a metroidvania style of progression. Also coming our way is The Escapists: The Walking Dead. It’s the same prison escaping strategy game that originated with The Escapists, just this time featuring zombies and set within The Walking Dead comic.

And finally, and perhaps most importantly, is the addition of Kinect Rush: A Disney Pixar Adventure to Xbox Game Pass. It’s a 360 title recently remastered for Xbox One. It now supports controller usage too since all of your Kinects are in a box somewhere.