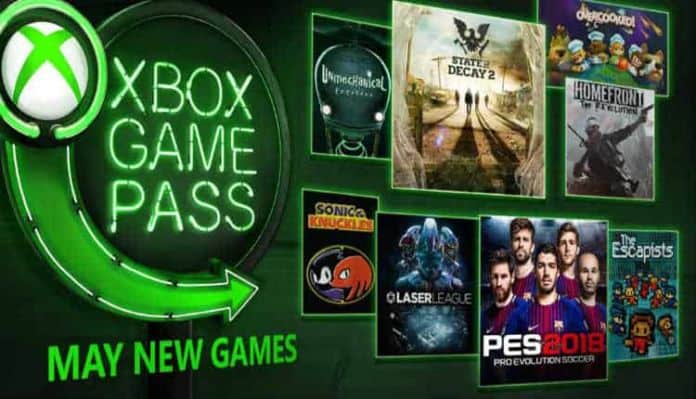 As April begins to fade away and May approaches, we’re getting a fresh batch of games headed our way within the Xbox Game Pass subscription. 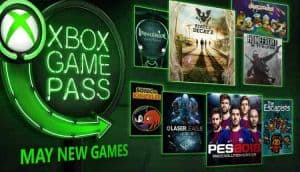 The highlight of May’s additions looks to be the global launch of State of Decay 2. The game comes free to those with an Xbox Game Pass subscription. As will all first-party Xbox games going forward.

Roll7’s Laser League is coming to the service as well. It’s described as a “light-speed, arcade multiplayer shooter like no other.” You select one of six character classes and then jump into pitch in 2 v. 2, 3 v. 3, or 4 v. 4 local or online matches.

From there, you’ll “Make use of their unique abilities to dominate the pitch and fry your opponents as the pitch lights up with deadly laser lights.” It sounds like a fun combination of both hectic, yet strategic gameplay.

Pro Evolution Soccer 2018 is also joining Xbox Game Pass in May. It will depart the service on August 31st. The Konami published soccer sim has a 82 Metascore on the Xbox One.

The arcade kitchen co-op game Overcooked (80 Metascore) is being included next month. As is the prison break simulation The Escapists (77 Metascore). Unmechanical: Extended (66 Metascore) makes its debut on the program too. It’s labeled as a “great puzzle adventure game that combines tricky puzzle solving, alluring exploration, and an engrossing atmosphere.”

The disappointing Homefront: The Revolution (49 Metascore) joins Game Pass this month too. As does the retro classic Sonic & Knuckles originally from the Sega Genesis.

Microsoft has also announced a new bargain for those that have yet to jump onto the Game Pass train. From April 26th through May 8th, the publisher will be offering new members a month’s usage of the subscription for just $1.

Unfortunately, as new games come into the Game Pass program, there are others that are on their way out. Those leaving the service in May include Lumo, NBA 2K17 and WWE 2K17.