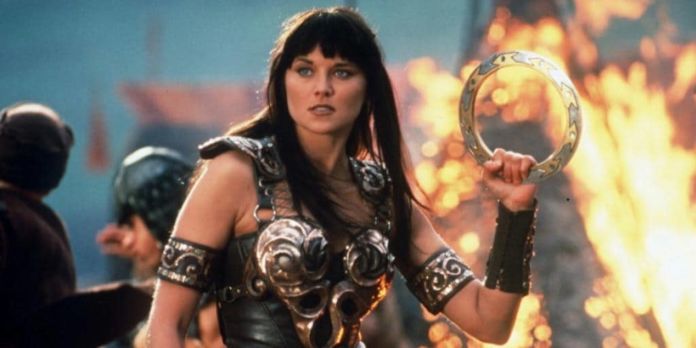 According to The Hollywood Reporter, the Xena: Warrior Princess reboot is dead in the water. NBC Entertainment president Jennifer Salke had parted ways with the writer for the show (Javier Grillo-Marxuach) a few months ago. But it seems only now that Salke is confirming the reboot’s status. She states that “we looked at some material; we decided at that point that it didn’t warrant the reboot.” 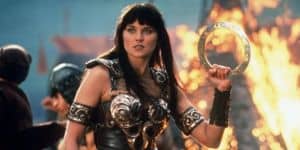 Writer Grillo-Marxuach (also one of the writers of Lost) had told THR earlier how he wanted to revive the series. One of the main aspects of his proposal, was to bring the relationship between Xena and her companion Gabrielle from subtext to reality. In light of this cancellation, the reasoning seems suspicious when a same-sex relationship was going to be one of the main features of the show.

However, Salke did say that because Xena was “such a beloved title” she would “never say never” to a reboot. Just not Grillo-Marxuach’s version, that one is “dead.” Back when the writer parted from NBC however, he told The Hollywood Reporter that it was because of “creative differences.”

There are several reasons Grillo-Marxuach’s reboot could have been cancelled. One of them might be that he handled the exploration of Xena and Gabrielle’s relationship poorly. Or NBC just didn’t want something quite so progressive on their network, most especially since Xena’s sexuality is not the focus of the actual plot. This is just speculation, nothing is confirmed about this nor will it ever be. It’s simply not fashionable to admit such things publicly.

The cancellation is all the more odd when the original creators of the show, Rob Tapert and Sam Raimi supported the reboot idea completely. They were even ready to oversee the project for NBC, ready to re-cast the role of Xena and Gabrielle, originally played by Lucy Lawless and Renee O’Connor.

That said, Salke does emphasize that she’s open to more ideas for a reboot, she needs “someone to come in with a point of view about what they want to do.” As such, who knows that the real reasoning is for the cancellation, but it is a strong suspicion that it had something to do with portraying a same-sex relationship on NBC. Not all networks are willing to take risks on a subject like this.

What do you think the reasoning behind the cancellation is? Is it Grillo-Marxuach’s skill, was the written plot just not different enough from the original, or was really to do with Xena and Gabrielle’s relationship? Let us know your thoughts in the comments below!

Previous articleJunkertown: Check Out the New Overwatch Map
Next articleDestiny 2 At 60FPS Would Require Less Content