Y: The Last Man Show Picked Up by FX 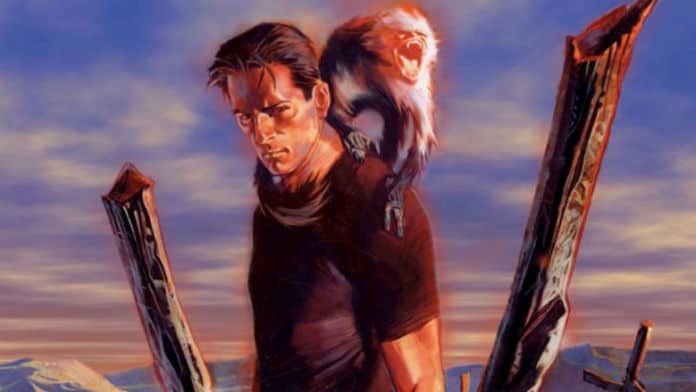 After years of will they or won’t they, it’s finally happening. FX announced today that they’ve greenlit a Y: The Last Man show which will bring Brian K. Vaughan and Pia Guerra’s iconic comic to the network next year.

Originally developed by Vaughn for DC/Vertigo, FX’s Y: The Last Man show will be helmed by showrunner Michael Green. Across sixty issues, the comic tells the story of Yorick Brown. He and his Capuchin monkey, Ampersand, are believed to be the only males left in existence following a worldwide plague.

FX’s development on a Y: The Last Man show stems all the back to October 2015. November of 2016 saw Michael Green boarding the project, with the showrunner submitting a script to FX at some point in the following year.

In April of 2018 FX finally pulled the trigger and ordered the production of a pilot episode for the series which would be directed by Melina Matsoukas. Things apparently went well on that, as we’re here today with news of the network picking up the Y: The Last Man show.

Because a pilot was commissioned, the majority of casting has already taken place for the series. Barry Keoghan plays the lead of Yorick Brown. Diane Lane is featured in the series as Senator Jennifer Brown. Imogen Poots is Hero Brown, Lashana Lynch s Agent 355, Juliana Canfield was cast as Beth, Marin Ireland as Nora, Amber Tamblyn is Mariette Callows, and Timothy Hutton is the President of the United States.

Aida Mashaka Croa, an executive producer on the series, released a joint statement with Green lauding the group that’s come together to develop the Y: The Last Man show. The duo stated that “Brian and Pia’s exploration of a world without men is a favorite for its depth, its humor, its insights and its monkey. Adapted today it offers us a cracked mirror to look at our own very cracked world. We thank them for their trust — we thank FX for their support — and we thank the casting gods for letting us work with this incredible group of actors.”

FX’s president of original programming, Nick Grad, also released a statement praising the work. Grad boasted that “Y: The Last Man is a towering achievement among graphic novel storytelling and it’s been rewarding to work with this outstanding team. “Michael Green and Aïda Mashaka Croal have partnered with Nina Jacobson and Brad Simpson to deliver a stunning new expression of this fascinating and timely story. Melina Matsoukas, who directed the pilot, did an incredible job bringing it to life with Diane Lane and this stellar cast.”

Development on the Y: The Last Man show should commence sometime soon for FX. The networks states that the series will begin airing at some point next year.

Previous articleIron Studios Batman Deluxe Art Scale 1/10 by Eddy Barrows
Next articleOpenCritic Now Flagging Games with Loot Boxes
Jeff Scott
Growing up a 90's kid, Jeff found his love for gaming during Nintendo's heyday. Because of that, you could (perhaps sadly) call him a "Nintendo Fanboy" to this day.