Generally speaking, 2016 was the absolute worst. However, the video games industry thrived, somehow pushing through what appears to be the beginning of the apocalypse. In 2016, we received great games like Overwatch, Uncharted 4, and after 10 long years, Final Fantasy XV. 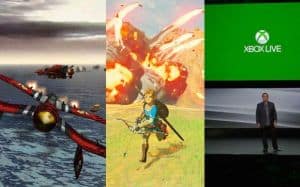 Last year, around this time, we made some bold 2016 video game predictions for the industry and its trends, and we weren’t too far off on a lot of them. So this year, we’re circling back to make our 2017 video game predictions — some of which are pulled out of left field. Others, however, are grounded enough to actually possibly come into fruition next year.

Here are our 2017 predictions in gaming:

$299 is the sweet spot; it’s not too expensive so that people entirely skip it, but not too cheap as to be unrealistic. Nintendo NEEDS to hit that sweet spot, and they need to produce enough physical consoles so that there’s not a shortage (seriously, please, Nintendo, do NOT underestimate your fans’ interest in the Switch).

If the Switch debuts at anything higher than $299, it’ll likely fail, and it’s REALLY important that Nintendo doesn’t fail this time around (like they did with the Wii U). Even if the Switch debuts at $349 and then later on in the year sees that it isn’t selling so Nintendo drops the price, it’ll already be too late at that point; potential buyers would have already written-off the Switch. So, getting the price point right is super important. And with the rumored tech fueling the Switch not being as formidable as the PS4 or Xbox One, Nintendo can’t debut the Switch at a higher price point than either of those. So, I’m predicting that the Nintendo Switch will debut at $299.

Getting God of War out in fall 2017 would be rushing it, and even if it’s initially slated there come E3, it’s too likely that the game would be pushed back into 2018. My prediction is that God of War will see its release date set for March 2018 where it could easily own the month (at least, as it stands now). It’d also be smart for Sony to make the release date announcement soon, so that other big games don’t set their game for the same time; no one is going to want to go up against God of War, saleswise.

3. Scalebound Does Not Review Well (Below a 7.0 on Metacritic) 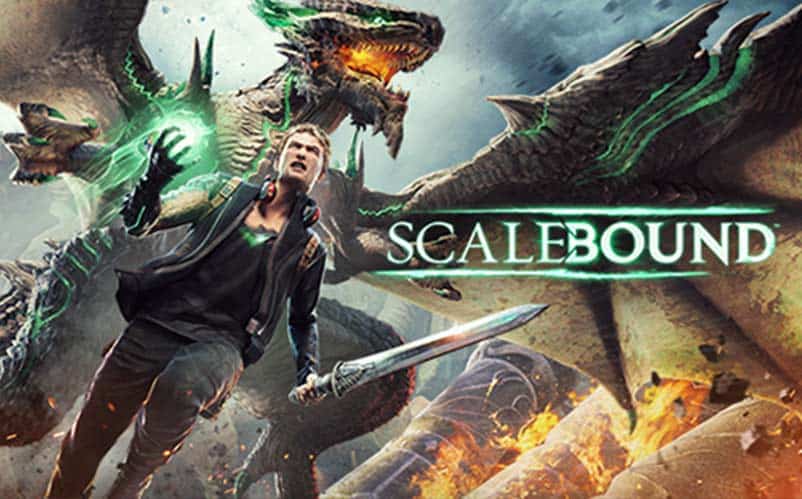 Scalebound looks janky. There, I said it. Also, the protagonist, Drew, looks like a complete tool (seriously, the giant headphones trend died in 2015). Scalebound appears to be a one-trick pony in which you control a dragon…and only sort of control a dragon. We think that Scalebound is going to be the most disappointing game of 2017, and because of that, its review score on Metacritic is going to suffer. I’m predicting that the game will have an average review score of under 7.0. 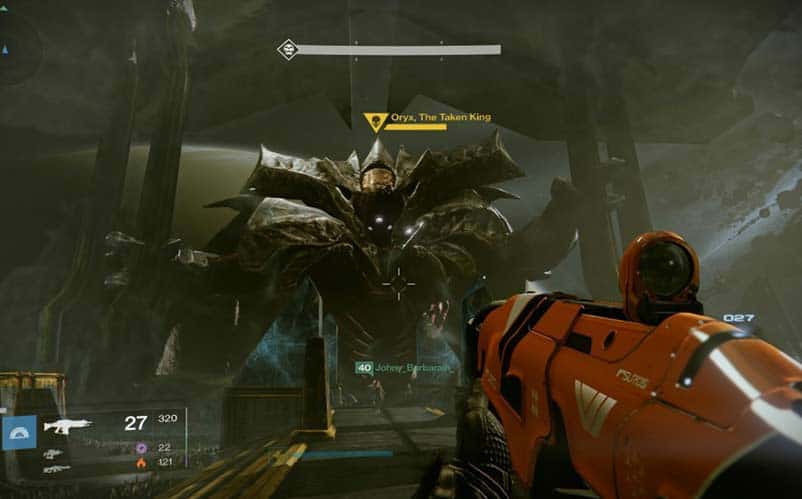 We know too little about what Destiny 2 is actually going to be to believe that it could possibly hit in 2017, despite Activision actually saying that Destiny 2 is coming in 2017. Activision is going to want to get it right, and they’re going to spend extra time on it to do so. All major games are delayed at least once (it has become a fact of life, I’m afraid), and we wouldn’t be at all surprised to see Destiny 2 miss its Fall 2017 window and be pushed into 2018.

5. Legend of Zelda: Breath of the Wild Gets Game of the Year

Every bit of footage we’ve seen from The Legend of Zelda: Breath of the Wild looks absolutely great, and every hands-on experience we’ve seen (and had) all point to the game potentially being one of the best Zelda games of all-time. With Zelda and Link being such beloved characters, we wouldn’t be surprised to see that be enough fuel for Breath of the Wild to pick up a Game of the Year win in December 2017.

Dead Island 2 is either cancelled or it releases and wasn’t worth the wait. The Dead Island franchise wasn’t exactly strong enough to keep a ton of fans in tow for the sequel’s long development sequel, and many (including myself) have pretty much-lost interest. It was originally in development at Yager Development, and then switched over to Sumo Digital (makers of LittleBigPlanet 3, Xbox Fitness, and Sonic & All-Stars Racing Transformed) on March 2016. We haven’t heard any updates since.

Also, somehow, the franchise’s second game doesn’t even take place on any islands; instead, we’re in Los Angeles, San Francisco, and another Californian location. If you’re only on game #2 and you’re already changing the theme of the game, you probably should’ve just started a new franchise.

I’m REALLY hoping I’m wrong on this one because of my love for zombie games, but a failed sequel will kill the Dead Island franchise for good. And, all signs are pointing to Dead Island 2 being a stinker.

Gamers don’t care as much about the innards of a console if that console’s price tag is too high. Phil Spencer has said numerous times already that the Scorpio is going to be a premium console at a premium price, but how premium of a price he’s talking about could make or break the console. I think the right play for Microsoft would be to debut the Scorpio price at $499 so that it’s not exorbitantly overpriced, but still not inline with the other consoles that are on the market. $499 seems reasonable, and even that $500 is a tough pill to swallow for most gamers. So, plan to start saving for Scorpio now, and expect a Scorpio price to be announced officially at E3 2017.

We’d absolutely love to get our hands on Below sooner than that, and we’d love to be wrong on this one, but it’s doubtful that Below is released in 2017.

9. Microsoft Starts Its Own PSX 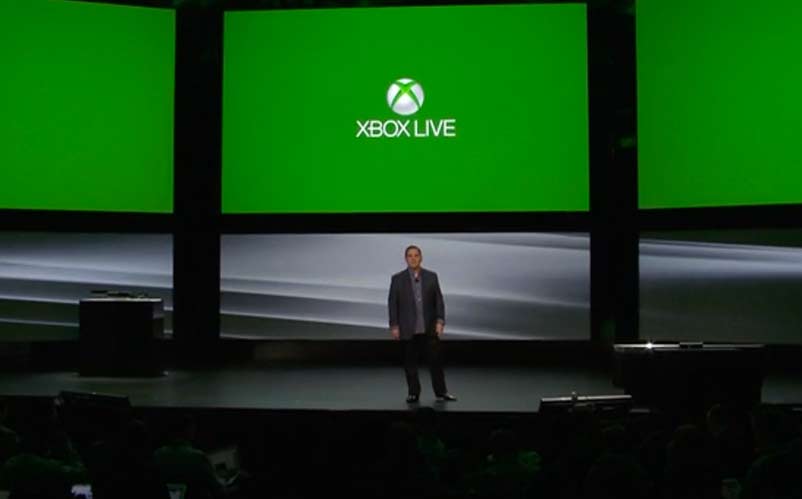 We’ve been scratching our heads about Microsoft not holding a yearly event akin to the PlayStation Experience. After gaining some ground in 2016 with the Xbox One, and the Scorpio on the horizon, 2017 is the perfect time for Microsoft to have a Microsoft Experience of sorts. And if done right, it could excite fans for the holiday 2017 season to get them buying Xbox stuff. 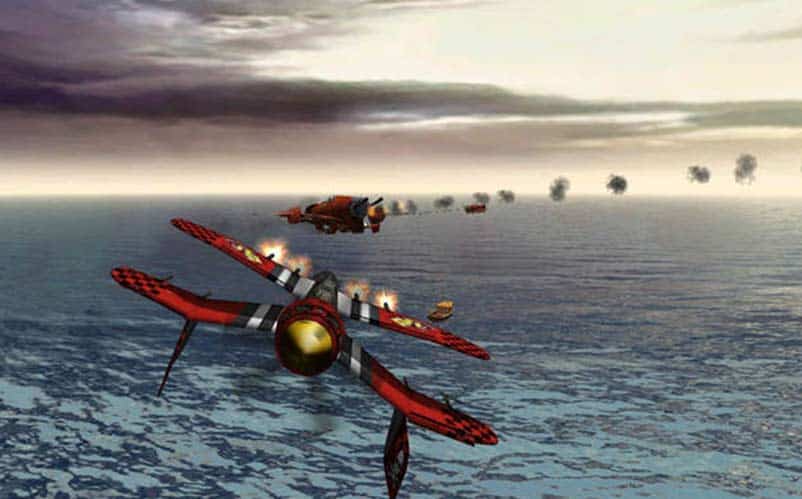 You’d have to imagine that with the plethora of newly added Xbox 360 backwards compatible titles to Xbox One and the fact that over 50% of Xbox One owners play backwards compatible games (including myself…love me some Skate 3), you’d have to imagine that the Xbox team is hard at work on getting some of the original Xbox titles on the new platform. Also, with the Scorpio being compliant with Xbox One games out of the box, it would make sense for Microsoft to want to keep more buying options available for a longer period of time (you know, because you can digitally purchase BC games). We wouldn’t be surprised to see a PS Now service of sorts but for Xbox games, but we’re 99.98759% sure that some form of BC for Xbox Original games is in the works.