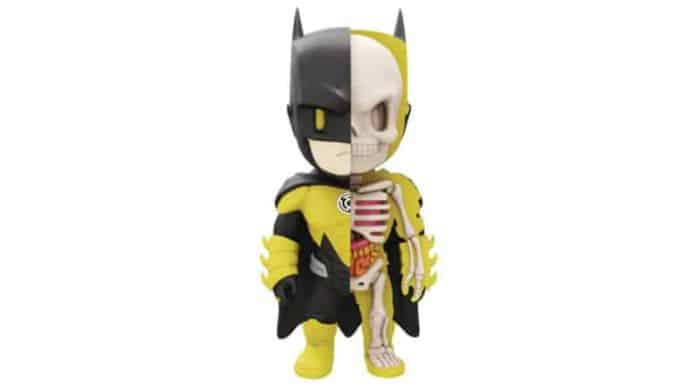 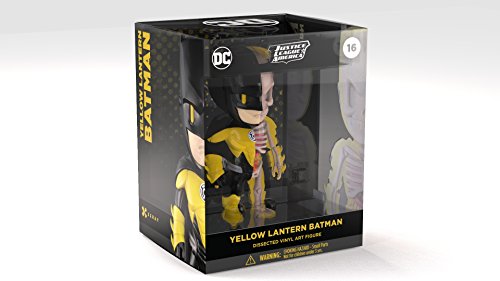 Coming to us from Mighty Jaxx is this awesome Batman Yellow Lantern XXRay figure. Just like Mighty Jaxx’s other DC XXRay figures, it’s made of vinyl and stands at roughly 4 inches tall. Oh, and it’s completely bad ass.

If you’re unfamiliar with the look of this Batman Yellow Lantern XXRay figure, the outfit stems from the Forever Evil comic run that was written by DC’s Geoff Johns and drawn by David Finch. After the Sinestro Corps. had been defeated on Earth, Batman pocketed one of the villainous Yellow Power Rings for potential future use.

It turns out, as usual, Batman was right in keeping the powerful relic. He later utilized the Yellow Power Ring to combat the Crime Syndicate, an evil version of the Justice League from another dimension. With it he was able to take down Power Ring, the group’s evil version of Green Lantern, and looked like an absolute boss in this outfit while doing so.

For a more comprehensive history on the Yellow Power Ring, here’s this snippet from the DC Wiki:

Mighty Jaxx’s Batman Yellow Lantern XXRay figure won’t use the Yellow Power Ring to destroy your wallet. Via Amazon, the figure is only $19.92 with free two day shipping available through Prime. If you’re looking to add a more abstract yet awesome version of Batman to your nerd stash, this Batman Yellow XXR figure should be perfect. Or, you could always go old-school with your Batman toys instead.