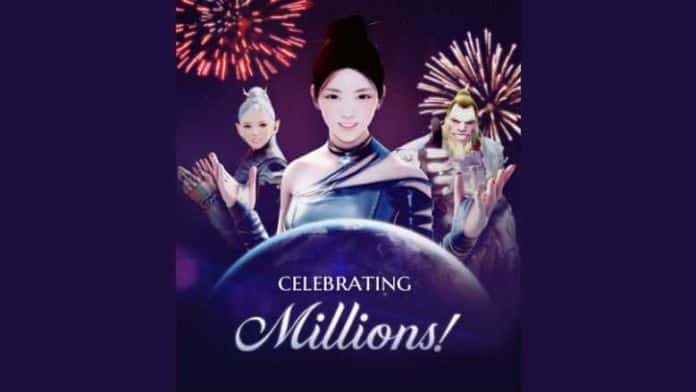 Black Desert Online debuted March 2016 here in North America. But it began launching in other regions back in 2015. It fared pretty well upon debut, but the momentum never faltered. In September 2018, the developers at Pearl Abyss confirmed that the MMO had hit the milestone of 10 million registered users. And now, it’s time to reap the rewards with the Black Desert Online Celebrating Millions event.

Pearl Abyss has announced that the Black Desert Online Celebrating Millions event will begin after the upcoming scheduled server maintenance and will then run for three consecutive weeks. The studio stated that that the first event will be dubbed Choice of 10 Million.

Choice of 10 Million will award players with the recently added Cliff’s Weapons. Pearly Abyss says these items can be exchanged if you desire for gold bars that depend on the item’s level of enchantment.

Other than Choice of 10 Million, the developers aren’t confirming what’s headed our way courtesy of the Black Desert Online Celebrating Millions event. They only tease that ” More events of great benefits will follow in the upcoming weeks.”

Players can look forward to more than just the game’s trio of upcoming festivities though. The Black Desert Online Celebrating Millions event will bring with it special login rewards too. Pearl Abyss says that user who sign in during the event’s window will earn themselves Shakatu’s Luxury Box, 5 Artisan’s Memories, 50 Advice of Valks and more.

The Black Desert Online Celebrating Millions event is live now and runs until November 28th. We’ll be getting details on the upcoming in-game events on November 7th.  For more information, head to the game’s site here to checkout all the details. Or, if you’d like to read about other MMOs that made it big this year, read Nerd Much?’s feature covering the best MMOs of 2018.