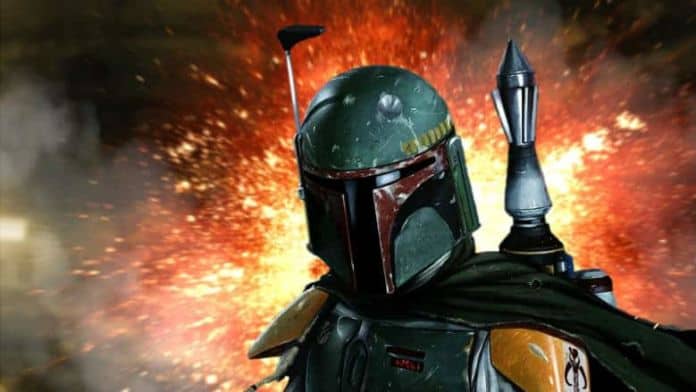 Although it was never officially announced, it was common knowledge that Disney and Lucasfilm planned on making a Boba Fett movie as part of their A Star Wars Story brand of films. These movies exist outside of the core Star Wars features, with the only two released thus far being Rogue One and Solo.

Well, after the lackluster performance of Solo at the box office, Disney’s interest in these side stories waned. The studio was getting dangerously close to over saturating the market with Star Wars films. Thus, the numerous projects that were previously rumored were put on hold.

The Boba Fett movie is apparently on hold no longer though. The Playlist is reporting that instead of waiting a little longer to get the ball rolling on Boba’s solo flick, Disney decided to instead outright cancel it.

Kathleen Kennedy just confirmed to me Boba Fett movie is 100% dead, 100% focusing on THE MANDALORIAN #StarWars

This is a shame, of course. Many fans had hoped that a potential Boba Fett movie would rectify the damage the Star Wars prequels did to the character. The project had some decent momentum going for it at one point too. Back in May, James Mangold was reportedly onboard to write and direct the spinoff. Mangold was an exciting addition as he was joining the flick following the massive success he had with Logan.

Kennedy states that Lucasfilm’s focus is now on Jon Favreau’s The Mandalorian. This is Disney’s big budget live-action series that will be a flagship title for their upcoming streaming platform. And, of course, they’re all hands on deck in attempt to make Star Wars Episode 9 a critical and commercial success.

With the demise of the Boba Fett movie comes the likelihood that the potential Obi Wan movie is being abandoned too. After Episode 9’s release next year, we’ll just have the separate Star Wars film franchises from Rian Johnson and the Game of Thrones team of David Benioff and D.B. Weiss to look forward to.