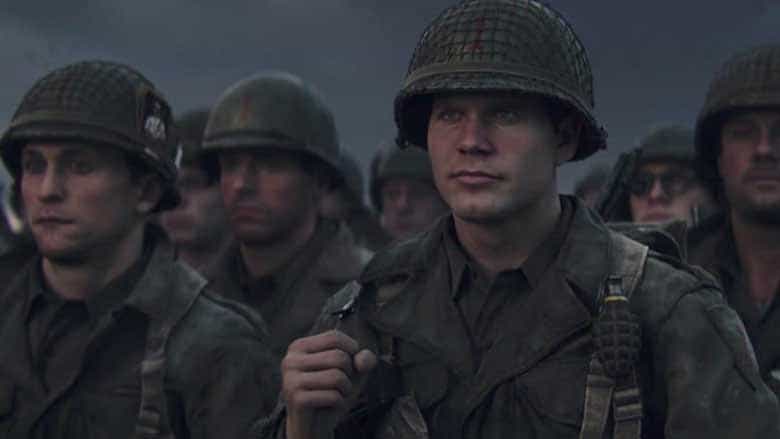 **A review copy was provided by Activision.**

It doesn’t take a genius to know that the majority of fans have been disappointed with the direction that Call of Duty had been going in over the past four or five years. As the franchise took us further into the future and gave us jetpacks, it lost a significant number of fans, and with every new entry in the franchise being announced, we’d all collectively roll our eyes. It’s not that games like Advanced Warfare and Infinite Warfare weren’t good — they were good in their own right — it was that it wasn’t why the gaming community came to love CoD over the past couple of decades. The franchise had lost its way, and with its different direction, lost some fans along the way.

Luckily for Activision, everything about Call of Duty: WW2 is a return to form, and it’s likely going to be looked back upon as the game that saved the series.

WW2‘s campaign isn’t anything revolutionary by any means, but it’s good. Its biggest flaw is that it’s a typical story we’ve both seen (in movies) and played (in games) before. And worst of all, it starts right on D-Day (again, we’ve played that scenario way too many times before). I will say that the way Sledgehammer Games handles the D-Day raid is one of the most thrilling we’ve seen to date, and that mission alone sets the personal, gritty tone for the rest of the campaign. 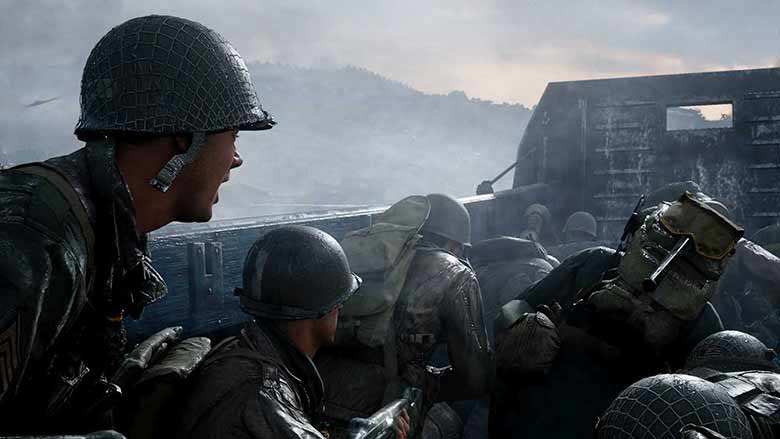 The campaign comes in at roughly five to six hours in length, and that’s just enough time to start caring about Daniels and his squad. It is one of the more dramatic Call of Duty campaigns to date, and it’s told through the typical cutscene in the beginning of each mission and narration at the end of each mission. Again, nothing groundbreaking there, but if you buy Call of Duty games for the campaign, you won’t be disappointed.

In the campaign, each soldier in Daniels’ squad comes equipped with a special skill that you can use to help you beat the Nazis, including first aid kits, artillery strikes, ammo, and more. These skills are earned over time as you kill more enemies, and after the skill is ready to use, you just have to find that soldier to be able to reap the benefits. It did help me out of a jam numerous times, with the first aid kit skill proving itself to be the most useful. You can also trade your guns with your squad if you wanted to.

Some of the campaign’s best moments stem from having to use specialty weapons like the MG42 to mow down a group of soldiers or picking up a sniper to take out an oncoming rush of enemies. Unfortunately, some of its worst moments stem from the same idea. In one of the stealth missions, you’re tasked with knifing some enemies without being noticed, which would normally be a welcomed task to handle. However, the knife didn’t always work as it should, and if you weren’t positioned exactly in the right spot, your knife would turn into the butt of your gun instead, and would, basically, change the entire tone of the mission. 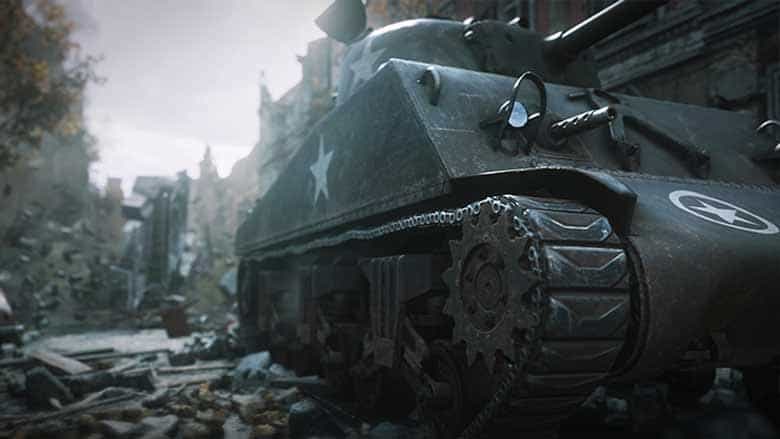 The campaign has a few great action sequences and some fun moments, and it’s challenging if played on the right difficulty (Hardened is my personal difficulty of choice). While it doesn’t do much to set itself apart from games in the past, it’s still an enjoyable, short campaign that’s slightly more dramatic than its predecessors.

As far as multiplayer is concerned, it definitely has a shift in tone in comparison to the past few Call of Duty games. Yes, you will still die quickly and respawn, but it feels as though the player is given much more of a chance to survive than in previous years. If you’re skilled enough (which not to toot my own horn, but I am), you’re able to last for minutes without dying, instead of mere seconds. In Infinite Warfare and Advanced Warfare, I died too frequently to be able to actually enjoy playing online. But with WW2, I’m back to feeling like the skilled online soldier that I once was.

There are nine multiplayer maps to start, and there will obviously be more in the future in the form of DLC. But for now, the maps that are there are nicely varied, and they’re mostly tailored for mid-range weapons like SMGs and rifles. I would have liked to have seen a few larger maps, as there’s really only one that has the sort of length that lends itself to sniping (my personal forte). So if you’re a sniper, you might be slightly disappointed.

This year also brings a new multiplayer mode called War which has three maps of its own. The mode is a welcomed change of pace for multiplayer, and it feels much more like a team game than any of the other modes. Your team will either attack or defend certain mission objectives, and then switch to the other side after the first round. For example, you’ll play as the Allied team tasked with taking the beach and two bunkers, while the Axis team has to defend. It feels almost Overwatchian in nature, and it really emphasizes the importance of teamwork.

Each kill in any of the multiplayer modes feels rewarding — like you actually earned it. It’s not as simple as picking up a gun and pointing it in the vague direction of your enemies this time around, and it does require a bit more skill. Especially while you’re still in the lower rankings, forced to use less-than-ideal guns, getting kills simply feels better than it has in quite some time.

Of course, the third pillar of any Call of Duty game is its Zombies Mode, and it’s one of the most polarizing modes in gaming; either you love killing zeds or you don’t. Luckily, I fall into the former category, as there’s nothing more satisfying than slaying waves of zombies for hours upon hours with a group of your friends. This year’s Nazi Zombies mode definitely feels a bit more on the horror side of things. I’m not saying it’s scary, but I’m not saying it’s not scary, either. I would have liked to have seen the horror elements dialed up a bit more, but what’s there is serviceable and enjoyable, and you’ll likely jump a few times.

The initial Zombie map is well-designed, and in typical CoD Zombies fashion, you’ll unlock new areas of the map as you earn enough Jolts to do so. This year’s edition creates specific roles for your group: medic, control, support, and offense. Each of these roles has a unique special ability, and once you reach level 5, you’re able to customize your loadout for these roles.

Visually speaking, Sledgehammer Games really brought WW2 to life, and you’ll definitely see a grittier looking Call of Duty here, with some red highlights of blood from all of the brutally gruesome kills. Environments look sharp, and characters look near photo-realistic. It runs smoothly, with virtually no screen-tearing or graphical hiccups. While there were some technical server side issues on launch day, they’ve been smoothed out since.

While we’ve played the World War II setting in video games so many times before, Call of Duty: WW2 might be one of the best renditions of the setting that we’ve played to date. The campaign is dramatic, multiplayer is a return to form, and Zombies is the best iteration of the franchise to date. War is a highlight of Sledgehammer’s new game, and the zombie mode is a welcomed change in tone (one that hopefully is taken to the nth degree in the next Call of Duty). Best of all — no f*cking jet packs, you guys.