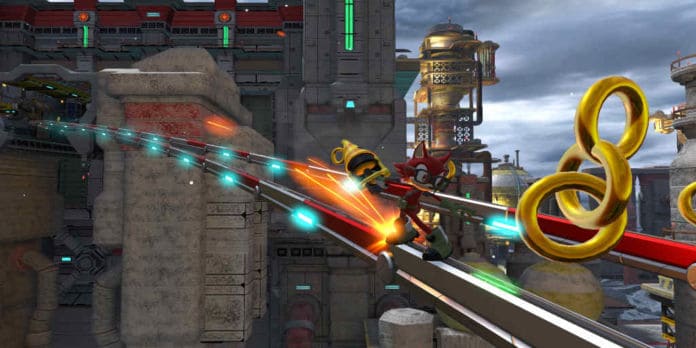 With Sonic Mania performing as well as it did both critically and commercially, Sonic Forces has a bit of a hill to climb. The Sonic Team is hoping to deliver though, and they have the pedigree to do so. The same team handling Sonic Forces is the same that brought us the better than expected Sonic Colors. 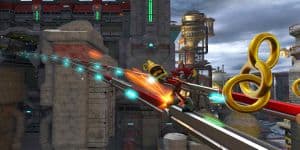 Within the 2D/3D hybrid game that is Sonic Forces, Sonic Team hopes to play on our nostalgia a bit. In the game, you get to take on levels as Modern Sonic. But you’ll also be able to create your own customized Hero Character to take down levels as well. Finally, Classic Sonic, his 2D platforming counterpart, is playable for the 2D sections of the game too.

On top of playing as the nostalgic Classic Sonic, the game will also bring you back to nostalgic locations. To show that off, the Sonic Team released new screens today that portray the iconic Chemical Plant Zone in updated HD. Also within the screens are hints of a new Wispon ability for our customized Hero Characters.

Sega describes Wispons as “an evolution of the Color Powers from Sonic Colors and double as both offensive abilities and as a way to platform through levels quickly.” The new Wispon ability detailed today with screens attached is the Drill Wispon.

With it, players will be able to drill dash through levels much more quickly. They can use it to climb over walls and obstacles. And you can of course use the Drill Wispon to drill through your foes along the way and take them out.

We’re likely due for a new Sonic Forces trailer here soon to show the Drill Wispon in action. The game is only about a month away at this point. Sonic Forces will release on the PC, PlayStation 4, Xbox One and Nintendo Switch on November 7th.