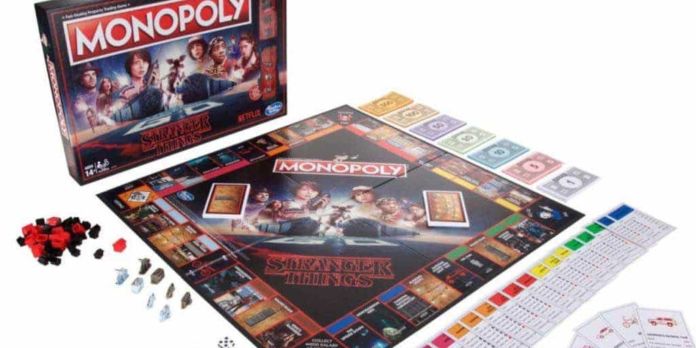 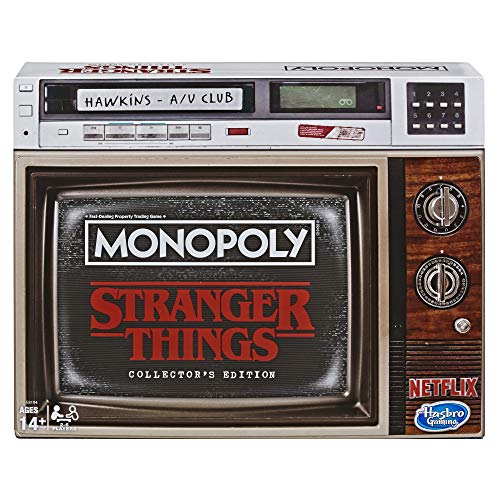 Just when you thought that the only thing Stranger Things needed was capitalism, Hasbro has already converted the show into a game of Monopoly. Now you can buy property in places from the show, like The Upside Down, Hawkins National Laboratory, and Mike’s Basement with the Stranger Things Monopoly.

Hazards of the board (instead of taxes) include the usual “got to jail” square, but also Demogorgon Nest, Demogorgon attack.

Other interesting board features are the Blinking Lights squares, which are replacements for the Chance spot in a normal board. Here you can pick up the accompanying Blinking Lights card and hope it nets you more money and not jail.

Somehow, the themes of the show don’t quite jive with a game of Monopoly, but that doesn’t make this set any less fun. Monopoly has been a household game for years and there is absolutely nothing wrong with having a few laughs over the odd juxtaposition. Like buying property and building houses in The Upside Down – no sane character in the show would dare do such a thing.

Speaking of property, the houses of the game come in black and red, to suit the theme of course. The player tokens come in brass and silver to represent The Upside Down and the normal world of Hawkins. The tokens of both colors are a sneaker, camera, bicycle, and TV.

The art on the box includes all of the main characters, with the Demogorgon and Eleven at the center. Beatrice is even in the very corner on the right. Stretched out as the ground in front is an illustrated version of the “Go” square.

Stranger Things Monopoly is for ages 14 and up with at least two players required and up to 8 tokens for more if necessary. The materials are the usual cardboard, paper, and some plastic.