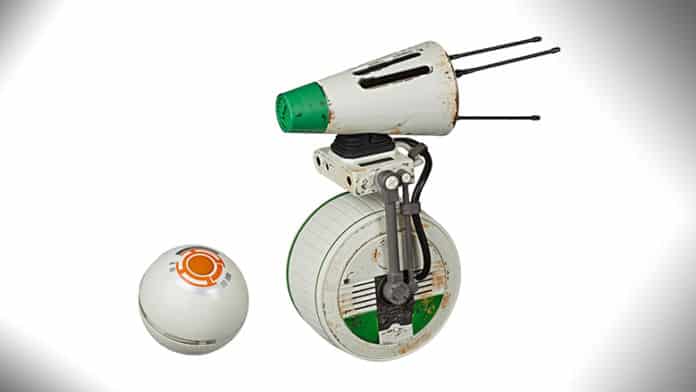 The magic and wonder of Star Wars now spans three generations. Those who grew up watching the Original Trilogy in theaters brought their children to watch the Prequels. Those same children, their own children and possibly parents in tow, sat together to watch the New Trilogy. With the last of the new movies on the horizon, now’s the perfect time to add a piece of it to your home and make it a part of the family.

D-O, the newest droid to enter the Star Wars ensemble, is set to appear in Rise of Skywalker. While little is known of the little rolling guy, this product is pretty straightforward. The interactive toy can self-balance on its wheel, even when its head is moving. Three antennae allow it to easily receive instructions from its app, allowing for quick and easy movement control. As a final couple touches, the LED eyes light up and it makes sound effects based on the movie.

Since the first thing most kids and grown-up kids will do with the little guy is play catch, D-O comes with its own ball to play with. Just make sure the family dog doesn’t grab the ball from D-O, or the fun-loving droid might try and go after it. The droid and its ball come with a recharge station that requires two AA batteries that are, in the time-honored tradition, not included.

As part of the realism, D-O looks a little scuffed up, but he’s just as eager and energetic to play catch as the family pooch, and the controls make him a lot easier to direct. Thanks to his recharge port he already comes housebroken. A perfect product for long-time fans of Star Wars who grew up with one trilogy and are watching the next with their kids and even grandchildren.

Previous articleLionel Hogwarts Express Electric Train Set w/ Remote and Bluetooth Capability
Next articleHow to Stream Elf: Your Ultimate Guide
Bobby Bernstein
Bobby is the co-owner of Nerd Much?. Bylines at Heavy, Den of Geek, HiConsumption, and More! Like his nerdtastic tweets by following @Thirstiestgamer on Twitter..