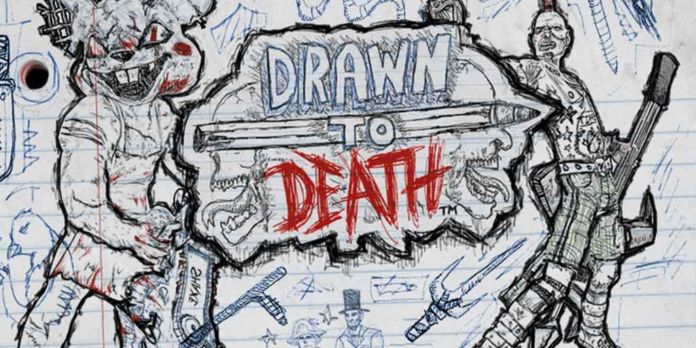 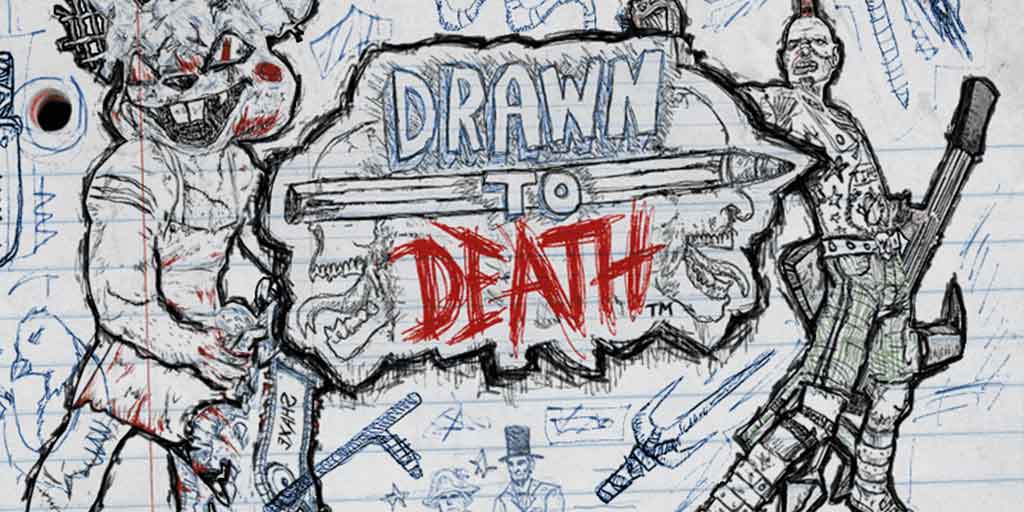 When it was first shown back at the 2014 PlayStation Experience event, Drawn to Death piqued the interest of many. It had a cool, unique aesthetic that aimed to capture a teenager’s notebook scribbles, with the idea of taking those punky images and making them into a multiplayer video game. And once we found out that it hailed from David Jaffe from the Twisted Metal and God of War series, we were even more intrigued. In concept, it’s actually a pretty cool idea — an idea that’s actually pretty awful in practice.

The issues start right off the bat, when Drawn to Death’s menu problems become apparent. Navigating through the options is slow, and you’re slowed down by a frog character who you’re basically forced to listen to, thanks to the unusually slow button press required to skip. Then, you’re presented with matchmaking, which is incredibly flawed.

The games have long load times, and despite the estimated wait being under a minute, you’re often there for 3+, including finding a match and waiting to load into it. What’s more, when you actually do find a match, you’re often not paired with a filled lobby, meaning there are just one or two other players in the match. More often than not, I found myself in a game with just three people, including myself. For a game that only has match modes with up to four total players, that’s a real problem; playing deathmatch against just one or two other players gets stale quickly. 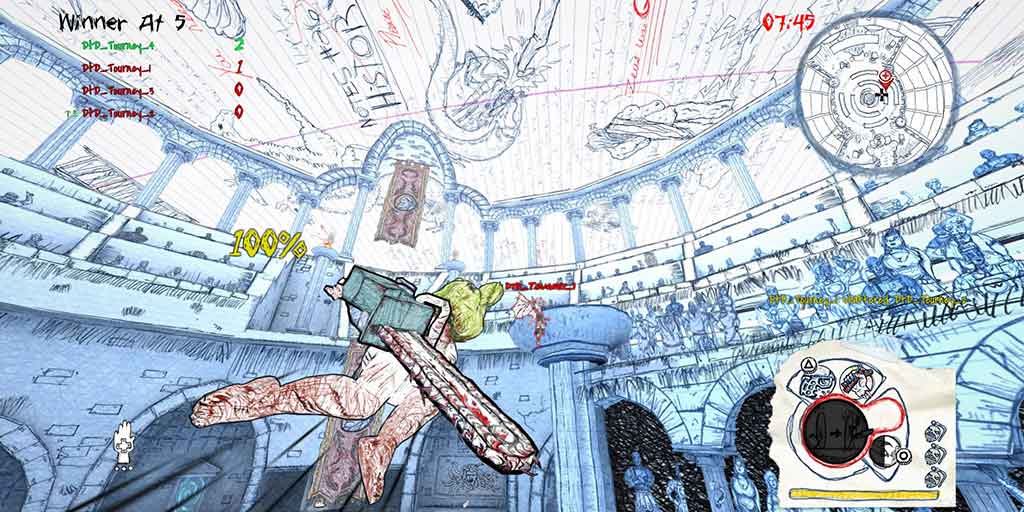 When you’re finally loaded into a game, Drawn to Death has this strange mechanic that allows you, as the player, to choose your spawn location in the map below. It sounds like an interesting idea, but unfortunately, it’s botched by the fact that your spawn location is displayed with a huge target to other players. This means that if you were planning to spawn on another player to go in for the kill, you certainly don’t have the element of surprise, as the player knows exactly where you’re landing. What’s more, players can just wait by whatever spawn location you choose and gun you down for a quick kill. The mechanic is severely flawed in its execution, and it would be much more serviceable if that giant target didn’t display upon your landing.

See Also: Our Most Anticipated Games of 2017

But the odd design choices don’t stop there. While in a game, you also always have knowledge of where your opponents are on the map, thanks to their player icons displaying when you look in their general direction. This makes it impossible to surprise your opponents with a kill, as they can see you coming from wherever you’re standing. It’s basically putting every player in an Easy Mode of sorts, which takes out any competitive element Drawn to Death might have had otherwise. If you want to be successful in the shooter space, you’d be best served to actually bring some competitive vibes.

Gun designs are also questionable, at best. While their physical designs are commendable, many of them are flawed. Some guns, like the “Sexy Beast”, take FOREVER (read: nearly 15 seconds) to reload, and you only get one shot before having to reload the gun. Shots with the Sexy Beast aren’t as sexy as they should be, as they are rarely one-shot kills to compensate their long reload time. This means that you can get a successful shot off on your opponent, and while you’re reloading, they can pop some bullets into you for the kill. Secondly, the maps are too small for any sort of scope to be a viable option, despite their being guns with scopes.

More importantly than the individually flawed designs of each gun is the fact that the game’s guns are so poorly balanced. Sniper rifles, which tend to have more firepower and do more damage with each individual shot than most other guns in the average multiplayer shooter, do not seem to do any more damage than other games. When that’s paired with the oddly long time it typically takes to kill your opponents in Drawn to Death, it’s just another problem that piles onto the game’s long list of problems. But, then there are other super powered weapons that feel like the golden gun from Goldeneye in their strength, like the Star Laser. 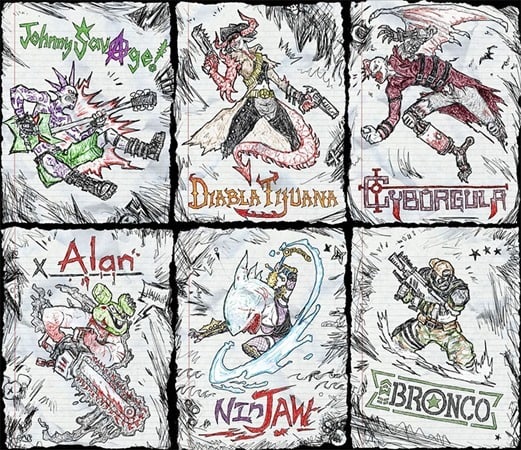 One of the game’s positive elements is its cool character designs, and even that is a mixed bag of creative ideas and juvenile designs. For example, while Cyborgula is an incredibly cool concept that pairs a cyborg and a vampire, one of the other five characters to choose from is a shark with an ample bosom and cleavage up to its neck. See? A mixed bag.

Each character has their own special abilities, which creates another subset of problems with the game’s balancing issues. While Cyborgula has a quite deadly set of special moves like Swarm of Darkness which instantly transforms him into a swarm of bats to dash forward with, Diabla (think: devilish female gunslinger) has a Whip that shows its opponents exactly where it’s going to land and how much damage it’s going to do upon impact. Each character also has movement abilities ranging from flying to wall jumping to invisibility. Some characters can regen their own health over time, while others are forced to find health pickups scattered around each level.

The only other praise we can rightfully give this free PS4 shooter is its level design. While looking at the artwork the game has to offer gets hard on the eyes after a couple of rounds, the game’s map design is more than adequate. Maps have a great deal of verticality to them, and some maps have some unique elements we don’t often see in a multiplayer shooter (like rotating walls or other moving elements).

When it comes down to it, the game’s mechanics are flawed to the core. What looked good in a trailer didn’t quite pan out in practice, and maybe if the teenager who drew this crude art had paid more attention in class, we might have been given something a bit more advanced. However, its limited number of characters, severely unbalanced gameplay, and long load times make Drawn to Death a game you should probably just skip. Perhaps with a balance fix, more (and bigger) maps, more characters, it’d be worth checking out. But for now, skip it.

Drawn to Death feels like the embodiment of the bad reputation that 90s punk bands used to have.

Previous articleWe Happy Few And A Brave New World: Going Beyond The Book
Next articleStreaming or Not: Sega, Other Japanese Publishers Need to Nix Restrictions