F is for Family Season 4 Greenlit at Netflix 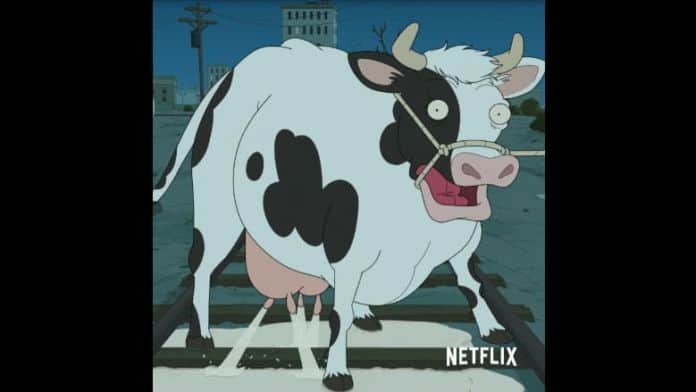 Although details are slim at this point, Netflix is making it official. F is for Family Season 4 is happening.

The studio issued a press released this morning confirming that they are “udderly thrilled” to confirm the news. Other than the fact that F is for Family Season 4 is official, we only know the next season will be comprised of 10 episodes and will air at some point next year.

If you haven’t given the series a chance, F is for Family is created by Bill Burr and loosely follows the life of the stand-up comic. It’s for mature audiences for sure. Set in the 1970s, Burr explains that it take place at “a time when you could smack your kid, smoke inside, and bring a gun to the airport.”

Other notable inclusions are Sam Rockwell as the family’s drug addicted neighbor, Vic. Mo Collins voices numerous roles which earned her an Emmy nomination in 2017. And there have been plenty of other stars lending their voices such as David Koechner, Kevin, Farley, Gary Cole, Joe Buck, John DiMaggio, Allison Janney, T.J. Miller, Michael K. Williams and Vince Vaughn.

The show has earned itself pretty solid reviews by fans. Season 3, which debuted in late November, ended up earning a 7.5 user average on Metacritic. The critic’s Metascore is still listed as to be determined.

The Netflix series has been typically working with about a year and a half between seasons. If that continues to the be the case, we should hopefully be seeing F is for Family Season 4 at some point in mid 2020. And we can’t ‘fing wait.

Previous articleResident Evil 2 DLC Announced
Next articleJak 2 Limited Edition On Sale Tomorrow
Jeff Scott
Growing up a 90's kid, Jeff found his love for gaming during Nintendo's heyday. Because of that, you could (perhaps sadly) call him a "Nintendo Fanboy" to this day.