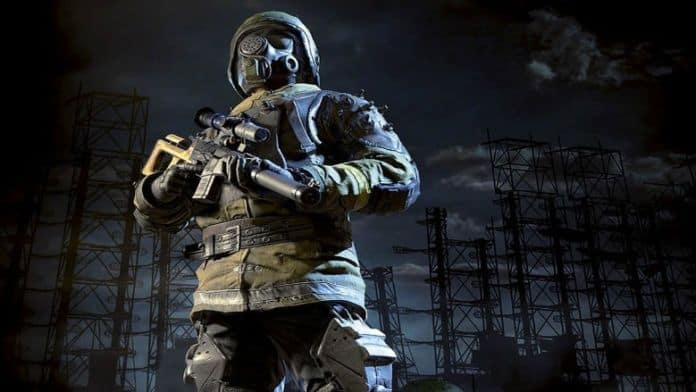 Fear the Wolves is a Battle Royale First Person Shooter, developed by Vostok Games of the S.T.A.L.K.E.R series, will enter into Steam Early Access July 18th, 2018.

The First Person viewpoint and gritty realistic environment adds a unique and horrific element to the game but it might be too dark for its own good. Players are thrust into a murky forested wasteland with muted colors. The constantly overcast sky and disheveled environment gives you a sense of fear and dread.

Building an atmosphere that is just as apocalyptic, mysterious, and deadly [as the S.T.A.L.K.E.R  games]. The wilds surrounding Chernobyl are the perfect location for a fight to the death, and the setting infuses every element, from abandoned buildings to rusting, out of date assault rifles.

The person vs. environment elements (PvE) will have you fending off wolves, radiation, mutants, and harsh weather conditions. Players can team up as a wolf pack or venture off as lone wolves. Radiation spreads at random, forcing players closer together but those with the proper gear can withstand the radiation for an added amount of time.

This entry into this increasingly popular genre seems to cater to people who love the scavenging elements of these games. Additionally, it seems like an interesting game for campers (those who hide and wait for the best/easiest moments to strike) to play because it forces them into the action even when using their preferred strategy:

Underequipped players should leave an area as soon as the decay begins to arrive. However, those who have found gas masks and radiation gear can stay longer, ignoring the ticking of their Geiger counter to gather more loot or find a key flank on their enemies.

The dangers of irradiated areas are many and varied. Phenomenon generated by the unknown forces unleashed during the disaster act as natural landmines. As things worsen, you must sprint to keep your adrenaline up and fight back against the infection. Beyond that, death awaits, with only heavy duty anti-rad gear capable of keeping you alive.

Battle Royale games are often seen as whacky fun but this is offering something else entirely. It makes for an intriguing shtick but only time will tell if it will have universal appeal.

For more, check out our ongoing list of upcoming Battle Royale games at 22 and counting!