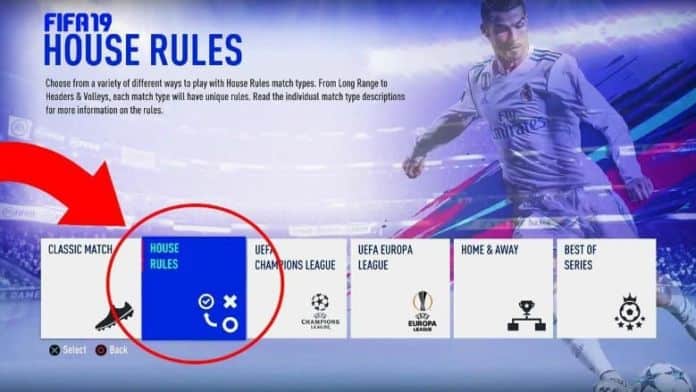 Aside from changes to the Journey, the most notable changes to FIFA 19 are the timed shots and new House Rules mode. House Rules contains five sub-categories of whacky ways to play FIFA including Survival Mode, Long range, Headers and Volleys, First To, and No Rules. For now, these modes cannot be accessed online so fans are stuck to local play or facing off against the A.I

How House Rules Can Improve Your Game

Below is a breakdown of what these rules entail and how you can own the pitch even when playing “just for fun.” I’m no stranger to creating my own conditions for local FIFA play but it’s great to see this officially integrated into the game. If you don’t live with someone who plays FIFA, or have FIFA friends visiting often, you may be tempted to completely ignore this mode — but don’t. Each of these modes creates restrictions that force you to develop specific skills, all of which can benefit you in standard play.

No, this isn’t battle royale but player elimination is definitely involved. In Survival Mode, each goal you score sends a random player from your team off the field (excluding the goalie). Winning this one is tricky. Survival Mode definitely lends itself to draws. While you could strategize and sometimes let your opponent score just to weaken their defense, I would advise against this. Scoring goals is never guaranteed so it’s not something you can really bank on.

My best advice is to play as you normally would until you reach 2 goals. Red cards aren’t unheard in a standard match, so you’ve probably played one player down before. It can create some holes in your coverage but it’s fairly negligible. However, being two players down is when your defense really starts to bleed so play a little more conservative.

You also want to be mindful of who is subbed out. If your striker is gone that’s going to make a big difference. Consider making substitutions and adjusting your formation to hide any gaps that appear during Survival Mode. 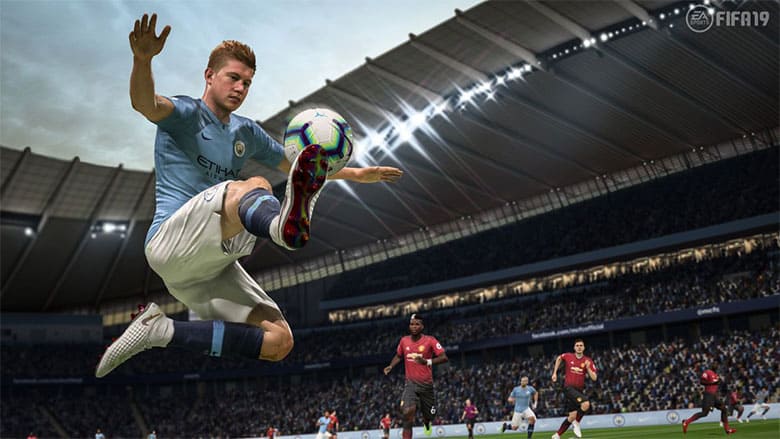 In Long Range shots from outside the box are worth two goals and everything else is worth the standard one goal. For this mode, my recommendation is not to get caught up in the potential extra points. It’s easy to want to run up your goals, especially because shots outside the box happen plenty of times (naturally). But that’s a good way to throw you off your game. Especially because you’ll get caught up on where you’re positioned on the pitch (am I behind the line or on the line? I don’t want my efforts to be a waste).

Instead, play normally but once you’re down by two goals (or maybe even one) that’s when you should start being aggressive with outside the box to catch up or take the lead. At the same time, if you have a good opportunity outside the box you’ll want to take it; just don’t become obsessed over it.

In this mode goals only count if they’re scored via headers or volleys (i.e hitting the ball with your head or shooting the ball before it touches the ground). Honestly, I was avoiding this mode for a while because it’s the most technically challenging of House Rules. But I finally bit the bullet and figured out what works.

FIFA 19 actually has more opportunities for ball control and style, opening up chances for some really exciting goals and set pieces. Pressing the right stick in creates footwork while standing still or while running with the ball. The longer you’re holding it the higher the ball goes. Using this method, you can flick the ball in order to set yourself (or a teammate) up for a volley. It definitely takes some practice to master.

The easier method, in my opinion, is to do a cross or a lob pass and then to execute a header or volley. You can easily make this happen by holding down LT or L2 (depending on the system) and then hitting B. This automatically will have you execute a header, regular volley, or even a bicycle kick. The big thing to be aware of, however, is having the space to execute this so that the ball doesn’t just ricochet off defenders. 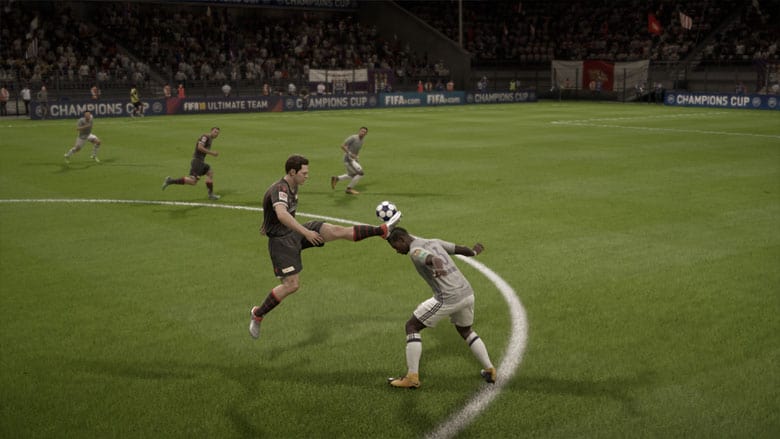 In First To mode, you can adjust the rules so that the first to score one, two, or three goals is automatically the winner of the match. Unfortunately, this is still contingent on the games time limit. That means regardless of the score if 90 in-game minutes pass the match is over. Not only does this mean your strategy doesn’t need to change it also makes this the worst game mode. I recommend keeping the cap at one goal for this mode so you can at least practice scoring under pressure as if to replicate a golden goal scenario.

No Rules is the most challenging and chaotic of all the House Rules modes. It’s exactly what it sounds like: virtually no rules exist. Fouls are fair game and you can even be off-sides. No Rules mode is about negotiating the anarchy. Be careful to never get to close to your opponent, as they can foul you without any repercussions. When on the defensive, be sure to execute your fouls carefully. The last thing you want to do is miss your hacking and end up on the ground with a new hole in your defense.

When on the offensive, you really want to look for those far outbreaks because off-sides doesn’t matter. If you can get ahead of all the defenders you have nothing but space.

Previous article11 Upcoming Video Games of 2018: Your Q4 Release Guide (Updated!)
Next articleWorld War Z 2 Begins Filming in June
Janet Garciahttps://www.youtube.com/channel/UCnfZ6eVYE4X2dzDixD5cNrw/featured
Janet Garcia is an editorial writer with bylines at IGN, Kotaku, and more. Her favorite genres are platformers, puzzle games, and simulators but in reality she spends most of her time playing FIFA tournaments in her apartment.