Final Fantasy XV Will Not Be Coming To PSVR 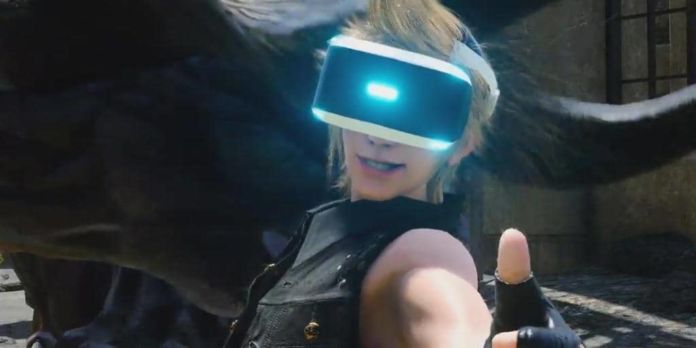 Back at E3 2016, Square Enix had made available a PSVR demo of Final Fantasy XV. Anyone lucky enough to be there and play it were thrilled with the experience. Taking the place of Prompto, it was fun and exciting, especially in combat with the Deadeye behemoth. Despite the popularity of the demo, however, lead designer of Final Fantasy XV Wan Hazmer has made it clear that the game will not be coming out in PSVR whatsoever. That demo was the one and only we’ll be seeing of it, and that’s it. 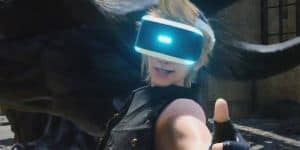 At the PlayStation Experience 2017 Southeast Asia event Hazmer stated that the demo’s only purpose was “to showcase the power of the VR” and nothing else. It was never meant to be a full game. In fact, Square Enix is apparently worried that if they did make a Prompto Shooting game, it would be too confusing with recently released Prompto DLC. The latter featuring the story following Prompto prompt exit from the train in Chapter 11 and his eventual appearance in the Imperial capital. The DLC is going for $5, in case you’re interested.

The revelation is a little disappointing to be sure, and some FF fans are sure to feel a little lied to. I don’t blame them, it’s not fair to have a VR demo version like that and not be able to have the game in full later on the PSVR. However if you do want a VR experience within the Final Fantasy XV universe, the upcoming Monster of the Deep will be in full VR. It’s a fishing game, where you can catch your share of regular fish and enormous lake monsters. The other characters from the original game will be there too, for you to interact with at your leisure.

Monster of the Deep doesn’t have an official release date yet beyond mid-2017.

Are you disappointed by Final Fantasy XV not coming to PSVR? Did you see this coming? What titles from the FF series would you like to see in VR? Let us know in the comments below!