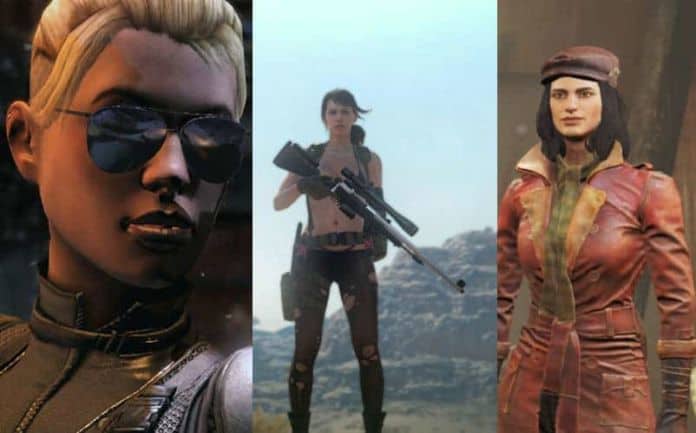 2015 was an amazing year for gaming, especially when it comes to representing strong and amazing female characters. Over the past few years, positive female presence in video games has increased in terms of protagonists, supporting characters, and even NPCs.

This list contains female characters who are considered strong in terms of writing, personality, and progression in gaming. They each have their own attributes that make them stand out from one-dimensional characters, ones who are pushed to the side or ones that do not have much of a voice in their respective games.

Before beginning, some criteria are to be considered are listed below: 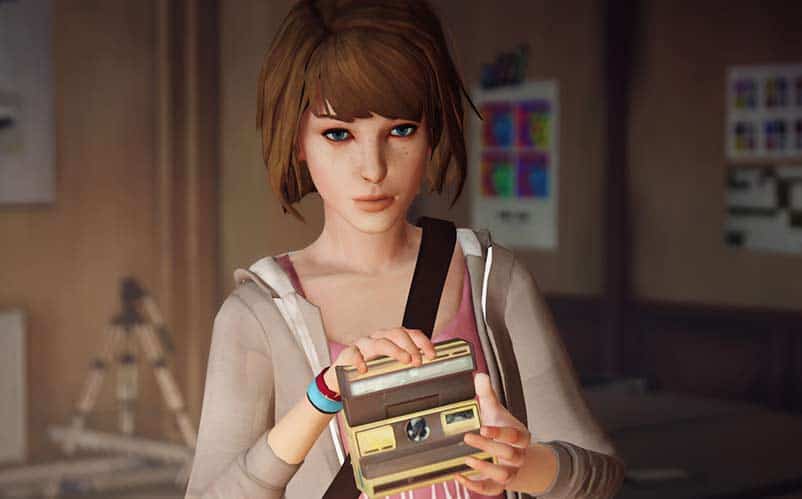 Why she was chosen: Being of the very best games of the year, Life is Strange gave fans an amazing adventure with the release of each episode, depicting a relatable high school setting filled with conspiracy, deception, and corruption. The story was amazingly written and players were forced to make excruciating decisions that had consequences, many influencing the other episodes. Max is the protagonist of this game, the players taking control of her everyday life and decisions.

When Max discovers that she can alter time with her decisions, players are taken on a roller coaster of plot twists and turns, with each decision making a large impact on the story. Max starts off as a quiet girl who keeps to herself, only to change drastically when the plot goes into full motion, struggling to fix things with the insane amount of power she has over everyone. She goes through so much, facing life, death, and emotionally scarring situations. Her strength is also shown through her devotion to her best friend Chloe, someone she loves deeply, and will go to any length to save her. Max is easily one of the strongest female characters in 2015, put in a position of power and psychological turmoil in which she can only face herself. We’ll be looking forward to even further character progression in season 2. 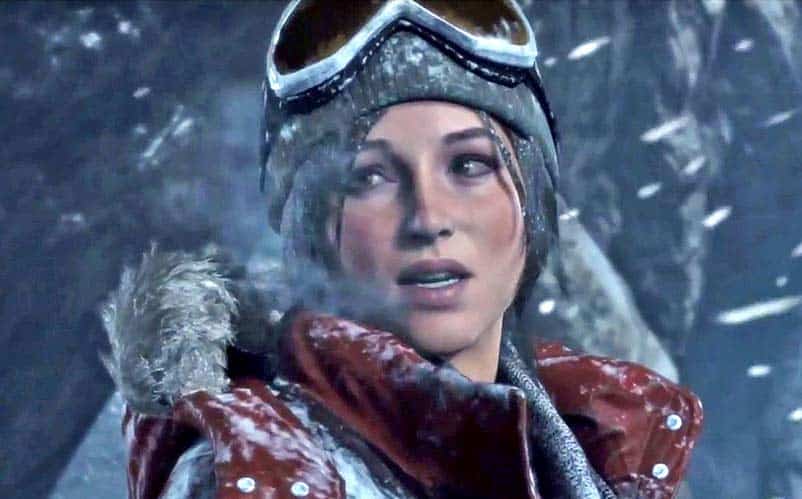 Why she was chosen: The Lara Croft games have always been fan favorites for a number of years. The series depicts Lara, a female archeologist who is not afraid to go on adventures, exploring many dangerous locations around the world. During some of her first games, she was considered a “sex symbol” and often seen negatively in the media. However, developers decided to reboot the series in 2013, which was very successful in depicting Lara’s character. Although the older games are series classics, the reboot tells a new tale and is absolutely excellent in many ways.

Rise of the Tomb Raider, a sequel to the original reboot, does a very good job in continuing Lara’s story after the events of the first game. What makes Lara one of the top characters of the year is her continuing character development and strength in this sequel, having to deal with even more struggles than she did in the past. 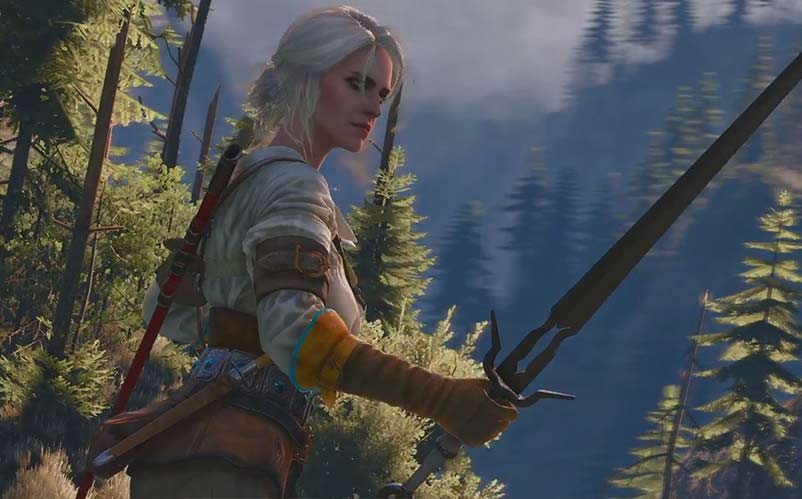 Why she was chosen: If you’ve been keeping up with the hottest games of the year, there is no doubt that the Witcher 3 is at the top of the list as one of the best games of 2015. Ciri, Geralt’s adopted daughter, is one of the most important characters in the game. She is playable, and is also a princess, sorcerer, and a Witcher. She must handle serious amounts of power and deal with her tragic past, the loss of those around her, and making it on her own. Many gamers have labeled her as the best character in the third installment. Hopefully, with her popularity, she could become the protagonist of the next game. 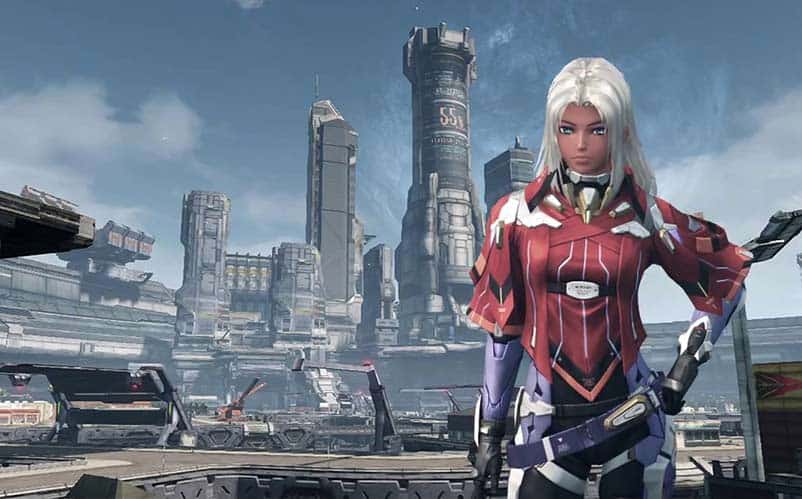 Why she was chosen: Xenoblade Chronicles X is a large, fantastic game with plenty of well-written characters. The Xeno games always have had an amazing cast, so it is no surprise that Elma, one of the main characters in the game, would make this list. From the very beginning, Elma teaches the player character the basics of fighting, exploration, and the in and outs of BLADE. She is a colonel and is the first person to join your party. She is respected, logical, and keeps her cool in many situations. Elma is integral to the main story, having a complicated backstory that comes together in the final battles. She is also an amazing party member with her dual swords and guns. 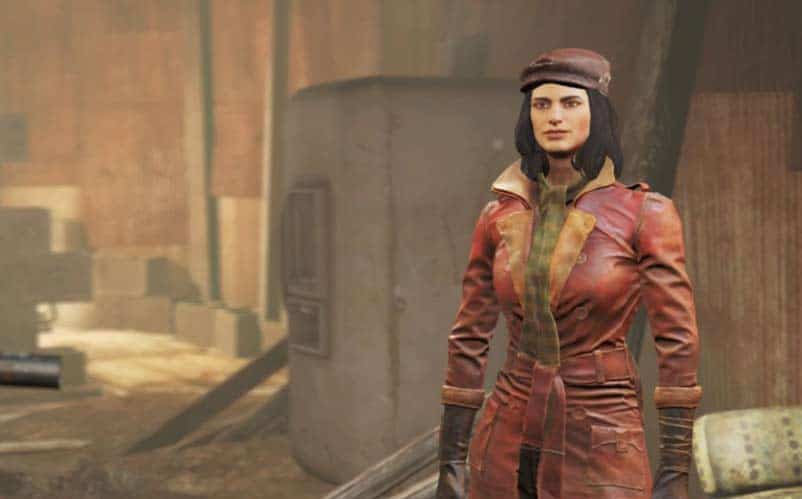 Why she was chosen: Fallout 4, like its predecessors, is not short of great side characters and companions. Bethesda really did well with creating companions with excellent backstories, fighting styles, and purpose. Piper Wright is one of the first human companions players may meet on their journeys, waiting right outside of Diamond City. At first, Piper seems like an unreliable character, begging for entry into the city after being locked out. However, she quickly proves players wrong after she interviews the Sole Survivor, telling them that she would like to travel around the wasteland. Piper is a reporter who is not afraid to tell the truth and release controversial stories, despite receiving multiple threats against her. She has a very realistic personality and is a great companion to have around the Commonwealth. 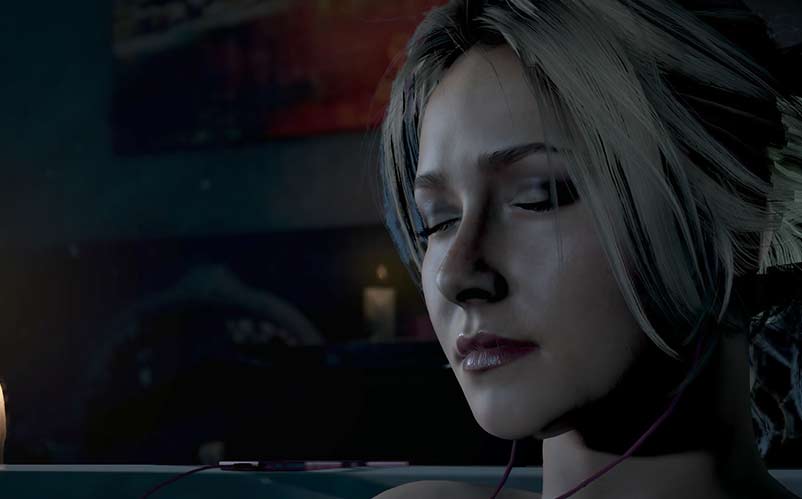 Why she was chosen: Until Dawn was one of the scariest games this year by far. Although the cast was great, Sam was definitely one of the best characters. Confident, headstrong, and keeping her cool in the scariest situations, Sam was one of the smartest of the group. In her segments, she faced fear head on, offering to go by herself to survive and uncover the truth.  She also does not panic, which is key to surviving deadly situations. In the final chapter, she is one of the connections to saving everyone through her quick thinking and encounters with death. 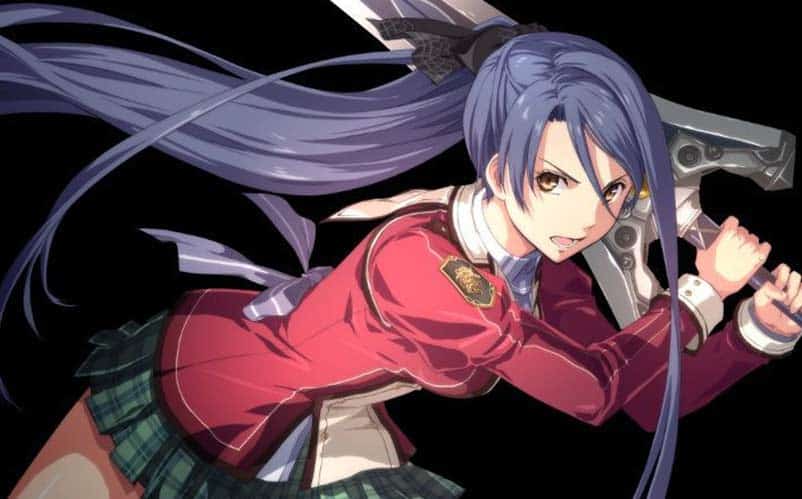 Why she was chosen: The latest localized installment of the “Trails” series, Trails of Cold Steel is quite possibly one of the best JRPGs of the year released for PS Vita and PS3. With gameplay and a school calendar and social link system like Persona, it still stands out as its own unique title and installment with wonderful characters, a great atmosphere, and a good representation of female characters. Laura, one of the members of the elite class follows the path of her sword, coming from one a noble swordsman family.

One particular instance. however, is one example of why she is a fantastic female character. During one of the first dungeons, one of the boys, Machias, tells the group of girls that they should not travel without a guy because it is “dangerous” for a girl to be fighting, even with a group. However, Laura pulls out her sword and assures him that she does not need any protection, Machias nearly speechless when he sees her power. Laura works hard to get stronger every day and is mature. One of her only flaws is that she sometimes sees the world one way, however, that adds to her multi-dimensional character. Her link and story are very interesting, making her a great addition to the cast. 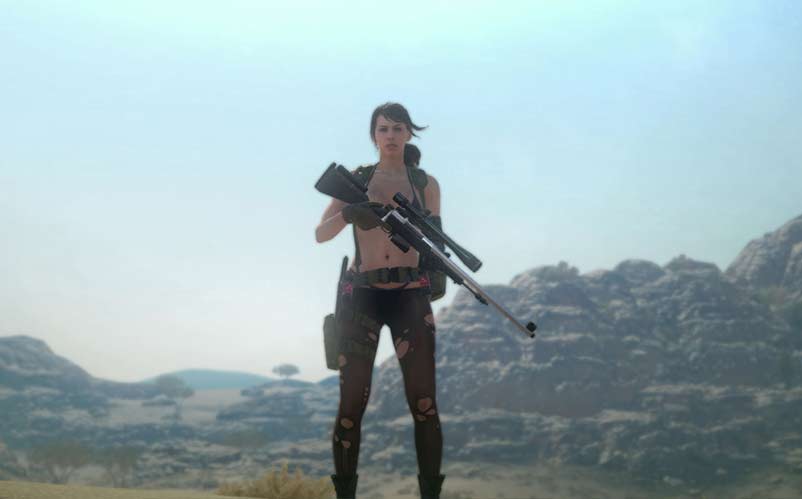 Why she was chosen: Quiet is the new addition to the Metal Gear series. Ever since she was revealed to be part of the 5th game, her design was criticized as being too skimpy. However, there is a reason for it, since (spoilers!) Quiet breathes through her own skin. Despite the controversy over her outfit, which is not exactly demeaning to her character as some people claim, Quiet is a very well written character. Her past as an assassin and her role in Big Boss’s life is very interesting. Quiet has a distinct personality and is a very strong fighter who is a great addition to the Metal Gear team. 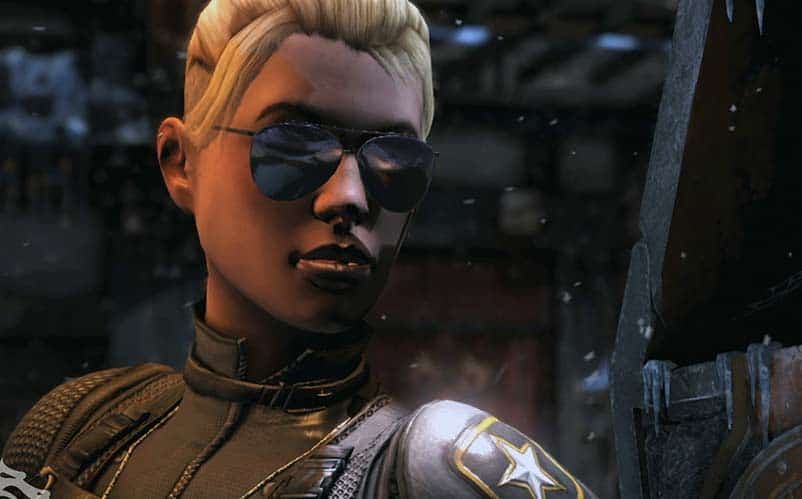 Why she was chosen: The daughter of Johnny Cage and Sonya Blade, Cassie Cage is a new fighter to the Mortal Kombat universe. She is a sergeant in the Special Forces, having a great sense of justice. When fighting, she chooses to avoid flat out killing her enemies. Cassie must deal with doubting herself constantly, due to her past with her parents and the role of the hero she is trying to fulfill.

This struggle is one of the reasons Cassie is such a great character, as she tries to live up to the roles expected of her while finding her own path. Her move set is pretty awesome, and she is a fun character to play as in matches. In many ways, Cassie tries to find herself when so much is expected of her, making for a unique character. 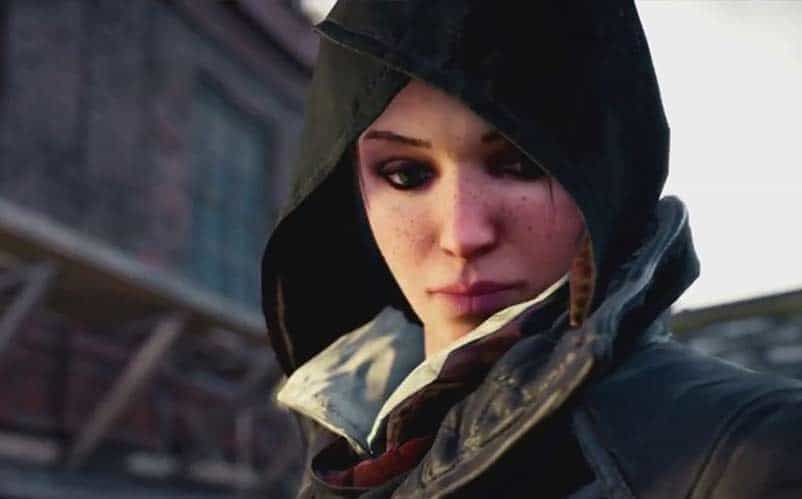 Why she was chosen: Evie wasn’t the first female assassin to make her way into the Assassin’s Creed series, however, she is one of the first to be featured as one of the playable female characters in Ubisoft’s annual releases. It’s important to note that Evie definitely is not a character without much thought put into her, as she has a distinct strict personality and assassination style that makes her an interesting protagonist in the series.

She is the twin sister of Jacob Frye, both of who were trained by their father to become assassins in London’s Victoria era. Her role in the story, as well as her character, have been well received by fans, as she was not only strong but important to the series as a whole. Hopefully, the next game will feature another playable female assassin, as Evie proved her greatness in the latest installment.