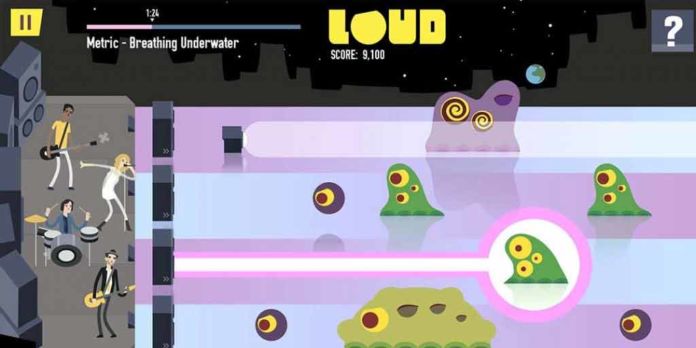 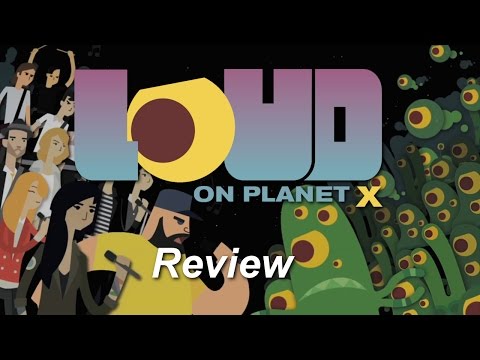 Immediately when playing LOUD on Planet X, it’s apparent that the fantastic line-up of indie musicians is the highlight in this otherwise mediocre rhythm game. This Kickstarter game by indie developer Pop Sandbox is a venture into mixing Plants vs Zombies and Amplitude into one. With a total of 14 indie artists and two tracks per musician, the range of music also makes completing this game an adventure in finding new musicians to love. I found myself enjoying every song and by the time I was finished, I wanted more. The variety of music may be really strong, but the gameplay is uninspired and leaves me feeling as if the game is mainly a showcase for the indie music contained within.

The gameplay consists of tapping R1, triangle, square, circle, or x on the beat to each song, which is associated to a lane of attacking aliens you must endure before the song finishes. Depending on the song’s tempo, it’s possible to be overwhelmed fairly quickly with the amount of enemies on screen. Thankfully, the game offers assistance in the form of seven different power-ups and a special all-encompassing attack. Each band has unique stylized avatars for their individual members, but it’s a little disappointing that their special attack, though visually different, ultimately does the same thing regardless of which band you’re playing. 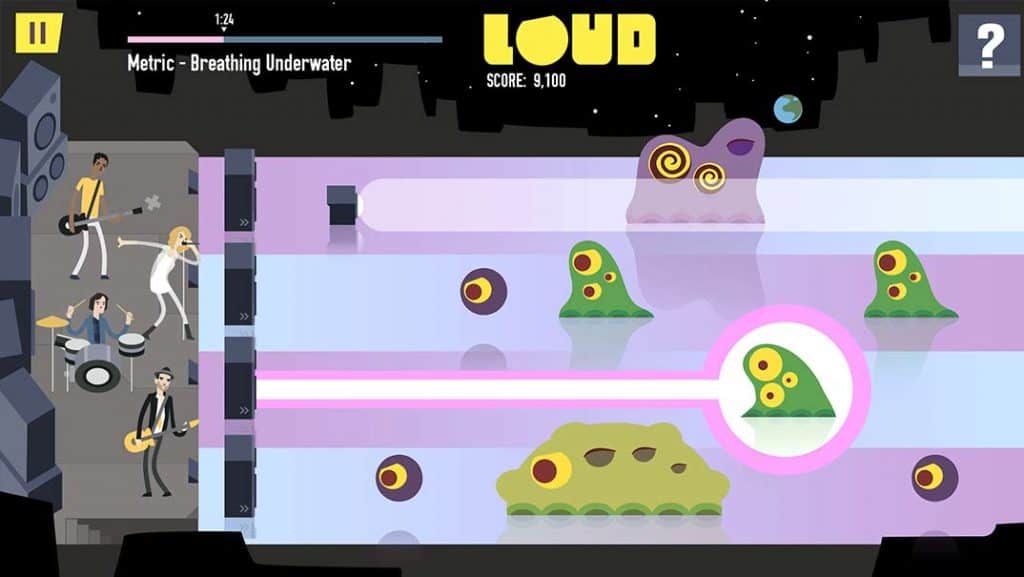 The music-hating aliens you continually fight don’t vary much besides being in one of three sets. I was hoping for more of a challenge in later stages, but instead of more difficult enemies, they substitute that for more of what had already been introduced at the start of the game. Once you’ve completed everything, it’s enjoyable going back to improve on past scores, but sadly the satisfaction is low considering no actual rewards are given and the increased difficulty isn’t very noticeable.

Also, although it’s a small design flaw, you’re only able to pause the game once per song, and it’s frustrating not being able to quit or restart if you’ve paused once before.

The wide variety of featured musicians will make any fan of indie music drool. Many of these songs will get stuck in your head, following you throughout the day, reminding you that this game is worth picking up and playing again. Sadly with the lacking gameplay, the game becomes more of an interactive mixtape rather than a full-fledged unique gaming experience. With artists like Lights, Metric, Purity Ring, and Little Dragon, this game succeeds in presenting these musicians to fans and newcomers alike.

With a price tag of $6.99, the music alone is worth the purchase. I highly recommend Loud on Planet X to lovers of indie music, but those that aren’t as interested in the scene won’t find too much to holler about besides listening to something fresh and exciting.