Guardians of the Galaxy 3 Script will be James Gunn’s 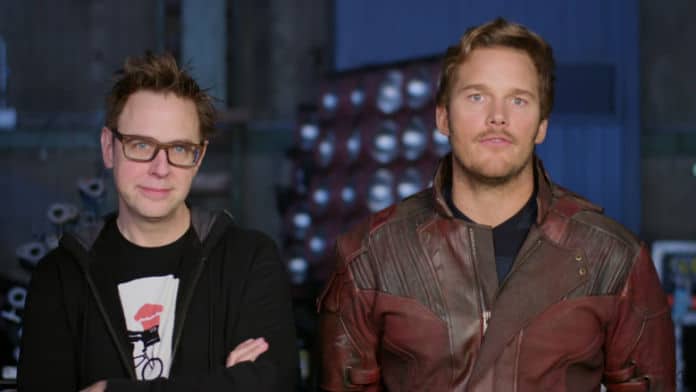 Behind the scenes development on Guardians of the Galaxy 3 has been a bit of a soap opera. In April 2017, James Gunn announced he would be returning to write and direct the third installment. But then Disney severed ties with Gunn following the negative attention that was raised due to controversial tweets of his many years ago. There have been many questions about the project since, with one major focal point being the script. But Star-Lord himself, Chris Pratt, confirmed for fans that the Guardians of the Galaxy 3 script will indeed be the one that Gunn wrote.

The news stems from an interview that Chris Pratt did with MTV News’ Josh Horowitz earlier this morning. Horowitz asked whether the Guardians of the Galaxy 3 script would be Gunn’s, to which Pratt replied, “Yeah.” Then asked whether Pratt has read it, he states “Yeah I have. It’s off the chain. It’s so good. It’s so good.”

Horowitz then questions Pratt on the mixed emotions in regards to Gunn not helming the franchise’s third installment. Pratt responded by saying “Well, I love James. I’m loyal to James and I love him so much. And we’re gonna deliver the movie, we’re gonna give the fans what they deserve. And I think it’s in the nature of Guardians of the Galaxy to come together and get the job done. And that’s what we’ll do.”

There has yet to be word on who will helm the third movie since Gunn’s departure. Just a few days ago, Taika Waititi, director of Thor: Ragnarok, confirmed he would not be taking on Guardians of the Galaxy 3, and then publicly backed Gunn by declaring it “James’ film.”

Even if Disney had a change of heart and intended to bring James Gunn back into the fold, it appears as though it’s too late. Warner Bros. and DC are apparently wooing the writer and director to write and direct Suicide Squad 2. A deal that sounds as though is essentially done.