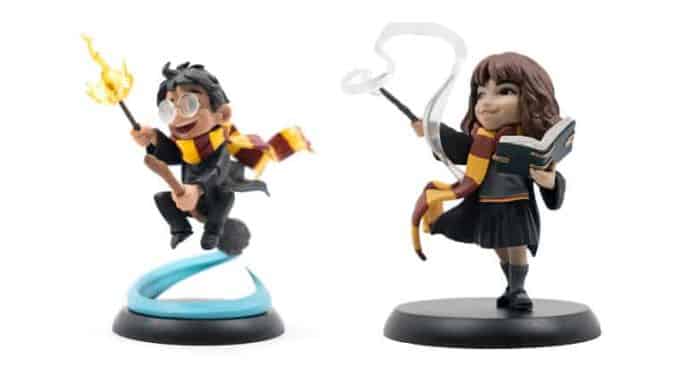 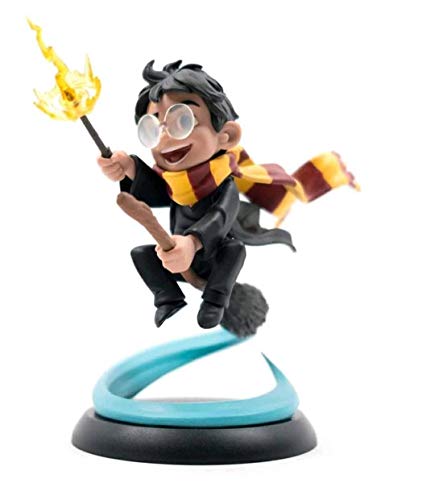 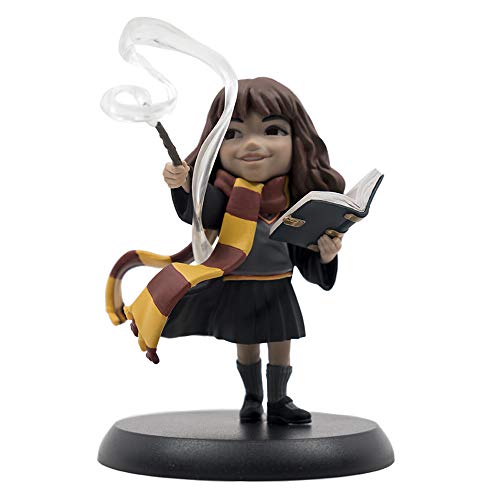 If you’re not familiar, Quantum Mechanix’s Q-Figs are an assortment of screen-accurate collectible figures which features some of pop culture’s most iconic characters. And it doesn’t get much more iconic than the Harry Potter series. So, in theory, their set of Harry Potter Q-Figs are absolute, no-brainer, must-buys. But if you need more convincing, please, read on.

Quantum Mechanix does an amazing job capturing Harry’s jubilance as the broom begins to lift off. His wand is firing and his scarf is fluttering. Harry’s First Flight is made of PVC and measures in at about 6 inches tall.

The overachieving genius that is Hermione Granger has a Harry Potter Q-Fig that captures an iconic moment of her own. This one is titled Hermione’s First Spell, and features, well, the moment Hermione cast her first spell.

The future Minister of Magic is seen, book in hand, of course, casting her very first spell. As her Gryffindor scarf blows with the wind, you’ll notice her wand is crafted by Quantum Mechanix magically as it’s detailed with a translucent magical wisp emerging as she changes her life forever.

The Hermione’s First Spell edition of the Harry Potter Q-Figs is slightly smaller than Harry’s at 3 ¾ inches tall. But it’s designed with the same high-quality PVC and a whole lot of love. Her figurine is a tad cheaper on your wallet though. Over at Think Geek’s site, you can nab the Hermione’s First Spell Q-Fig for $14.99. And the Harry’s First Flight Q-Fig for $19.99. If you’re a Potter fanatic, these Harry Potter Q-Figs are a cheap and gorgeous way to show off your fandom.