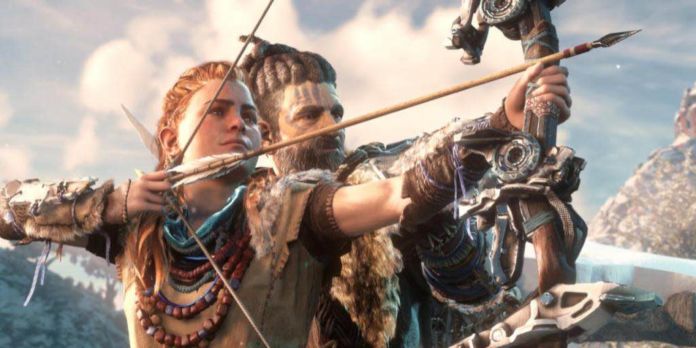 A little while ago, I wrote an article entitled Horizon Zero Dawn and the Word “Savage.” I discussed, in poor taste, that Native American Dia Lacina shouldn’t go about accusing game journalists and the game itself, of cultural appropriation. I come to you now, apologetic and a great deal more informed on the matter and with more coherence. This time, I see where she’s coming from and I respect her request that journalists be a little more mindful of when they use certain words to describe a given game. 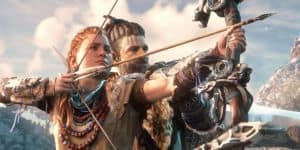 As to the game itself, there are very specific visual details that may imply cultural appropriation, but Horizon Zero Dawn is very much a fictional world. There is no telling what humans would look like if some sort of disaster took away all of our technology and knowledge of it.

For even in the Dark Ages, our literature was reaching for the spiraling heights of our churches when at the same time, we stood in the runes of Roman aqueducts. In Horizon is it implied that we created a new runic language to paint on rocks. Where did written English go? It looks like we lost technology, not our language. Or what about the religion of Aloy’s tribe? It bears no resemblance to the current popular ones. Where did Christianity go? Buddhism? Hinduism?

Thus, Horizon‘s assembly of various nomadic traditions is as good a guess as any. They are cut and pasted together in a way that makes it clear cultural appropriation was the last crime the developers were trying to commit. 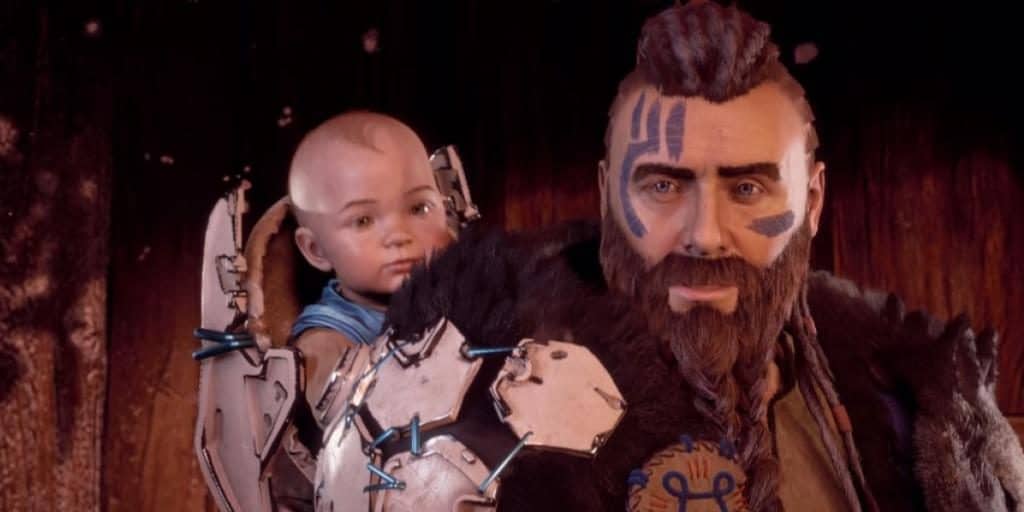 The journalists, however, a whole new ball of wax. I went through the first few hits on Google, taking the most popular gaming sites we have today. The worst out of all of them, were IGN and Trusted Reviews. IGN used “tribe” and “primitive” incorrectly, whereas Trusted Reviews used “tribe” and “savages.” Polygon and Gamespot use the word “tribe” incorrectly as well, but this is a sin I will discuss with the latter two. Kotaku is the only site that used “tribe” only once and in a more or less non-offensive way and no other of Lacina’s list of words.

“Humans of this world have been reduced back to a tribal state, and each tribe has its own identity…”

The lesser sin here is using the word “tribe” when “group”, “people”, or “community” would do just as well. Tribe, if you don’t know, is offensive because it is used to describe a group of peoples subjected to the myth of primitive culture and traditions. As such, each of these journalists are invoking that myth, unintentionally pointing at minority cultures around the world and calling them “primitive” and “savage.”

“The questions raised by protagonist Aloy and the primitive, feral machine-infested open world she inhabits…”

Just because Aloy hunts her own food and doesn’t own a cellphone, doesn’t mean her world is primitive. There are many ways of defining human progression, biology, for example. Which states quite clearly that we haven’t done much evolving since our homo floresiensis ancestors. 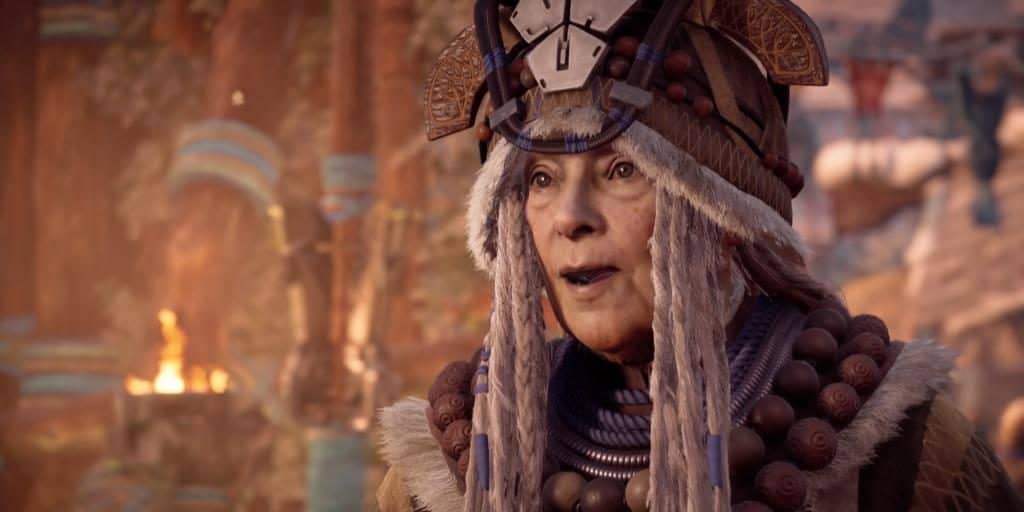 By this measure, humans are very much still in their baby shoes. Or perhaps you might use the progression of society instead, in which our most liberal ideas are considered “progress.” Say, equal rights for trans-gender people; something that most North American Native peoples have been pretty cool with long before Columbus thought he found India.

“For Aloy’s part, her arsenal is largely tricked-out ‘primitive’ weaponry.”

Even technology as a measure is completely inaccurate where Aloy is concerned. She knows how to take apart giant machines and make fire arrows, arrows, bombs, trip wires, crossbows, etc. All in addition to hacking them and by the way, figuring out how to use her ear piece at five years old. Just because Aloy doesn’t use the steam engine herself, doesn’t mean she isn’t perfectly capable of learning how to.

“She’s surrounded by a people who, in the face of fear and uncertainty, have devolved and retreated into tribalism, blind faith and violence… the Nora – Aloy’s adoptive people – represent the Northern tribe, and as such are treated as savages.”

If IGN skirts the cultural appropriation, Trusted Reviews plunges right in with no regrets. I don’t even have to pick this one apart, they come right out and say it. “Devolved into tribalism,” there’s the primitive myth and accusation of savagery coming out. “Blind faith and violence,” are also apparent elements of primitive life as well, according to Trusted Reviews. I understand that Aloy’s people may have what looks to us as unnecessarily cruel traditions, but that doesn’t make them savage as they state in the next example. You need only look at America’s current political and social climate to find equally cruel traditions caused by “blind faith and violence.” 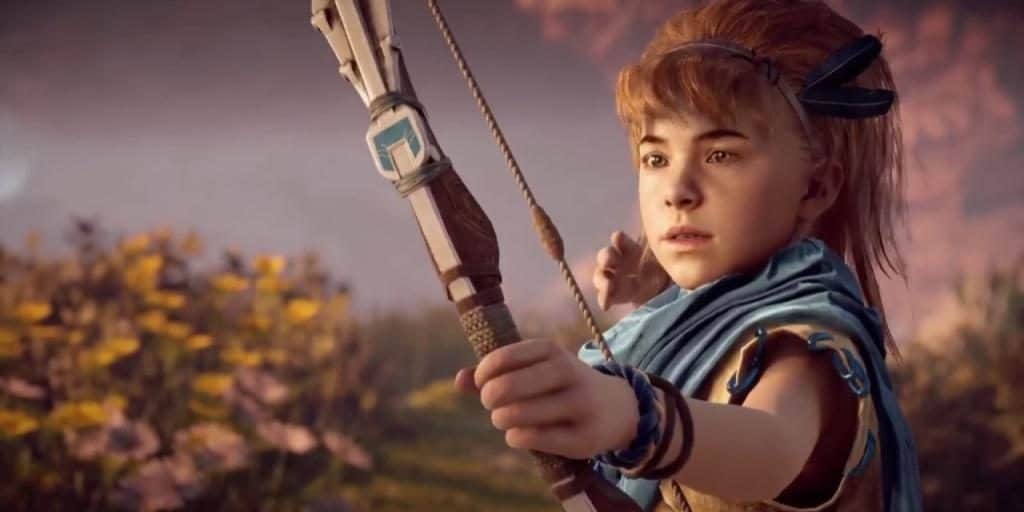 In addition, I should address our very own review from Joe Portes. He commits the very same mistakes IGN and Trusted Reviews do, stating that tribal life is a regression and archaic. This is incorrect as well, no matter how well intentioned. I can only help to justify my co-worker by saying that he was simply unaware of the consequences of this kind of language.

So yes, Dia Lacina, you are quite correct about some of these journalists. It certainly goes to show where their education lies and where it doesn’t. Including mine, I should have known better with my background in Sociology and I apologize for that.

As such, looking to the future, the language we use when describing a given game should be conscious of cultural mores and taboos. Lacina is not over reacting here, she is perfectly entitled to demand we change our language for Horizon. By all means, these journalists should not be perpetuating such harmful language on Horizon Zero Dawn or any other game and topic.

Previous articleOverwatch Hits 30 Million Players
Next articleGuardians of the Galaxy Geeki Tikis
Rhys Pugatschew
Rhys found his love of gaming in Zelda and expanded to almost all genres. He will be bringing you the latest news in the industry. He has worked for ZeldaInformer and CheatCC, happily writing his opinions for all see!