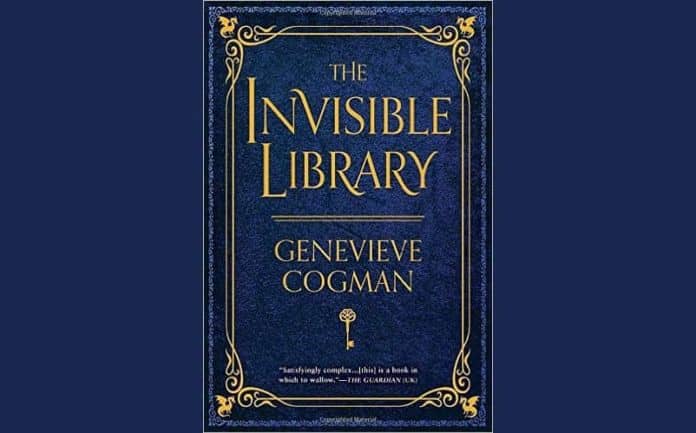 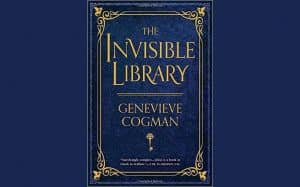 The Invisible Library by Genevieve Cogman hooked me with the premise (which promises to appeal to Doctor Who fans): Librarian spies hop through alternate worlds to collect rare books for an enigmatic Library, which exists outside of time and space.

It’s a fun YA fantasy adventure, which was initially published last year in the UK and now has made its way across the pond for our enjoyment. And, I have to say, I enjoyed it immensely; it is everything I hoped it would be and more, and certainly one of my favorite books of the year thus far.

First of all, the worldbuilding is spectacular. It’s not explicitly stated what year the book is meant to be set in, but that doesn’t really matter; time passes differently in the Library (or rather, doesn’t seem to pass at all), and the alternate worlds mentioned vary in their technological and societal advancement, making the actual year irrelevant (although I believe cell phones and e-mails are mentioned at some point).

Some may be bothered by this, but I thought it rather added to the timeless quality of the book, and therefore its appeal. The alternate London that Irene and Kai spend the book in is more of a steampunk world, complete with giant mechanical centipedes and zeppelins. Not to mention that the description of the Library itself makes it seem incredibly enticing. Seriously, where do I apply?

The plot moves at a breakneck speed; the action is near-constant from the moment the duo arrives in alternate London, making it impossible to put down. At no point did I feel as though the author skimped on description, though – there is just enough detail to bring this re-imagined London to life without bogging the reader down.

The number of ideas introduced is perhaps a little ambitious; there is a lot going on, and it does feel a little chaotic at times. Never to the point of confusion, though, and I suppose it is consistent with the idea of a chaos-infested world. Also, Cogman’s prose is absolutely stunning.

Irene, the main protagonist, was easy to connect with; I absolutely adored her wit and wry sense of humor, as well as her competence and ability to project confidence in any situation (whether or not she actually feels it). Her character development throughout the book is impressive, as we see her struggle with not only self-doubt, but questioning her dedication to the Library itself. Also, she fangirls a little bit when she meets Vale, the Sherlock Holmes equivalent of this London.

He’s not the real thing, but in this case, I can settle for a cheap imitation. Kai shows growth as a character as well, although he remained shrouded in mystery for most of the book, and I thoroughly enjoyed the dynamic between the two of them. There is just a hint of romance, which doesn’t overwhelm the book whatsoever, and is strongly grounded in mutual respect. Bradamant is a little weak as a character; she seems to exist for the sole purpose of being loathed and giving Irene a rival. The actual villain, though, proves to be appropriately fearsome.

So, while there are some concepts that could have been explored in more depth, the author seems to have eschewed this in favor of keeping the plot moving – which is pretty typical of the YA genre.

She doesn’t waste time developing mythology for beings we are already familiar with, and it keeps the story from getting too heavy. If you go into this book expecting a charming, lighthearted YA fantasy, you won’t be disappointed. It leaves plenty of questions unanswered about the world as a whole, setting the stage nicely for the next two books; which, fortunately, are set to be published in the US later this year.