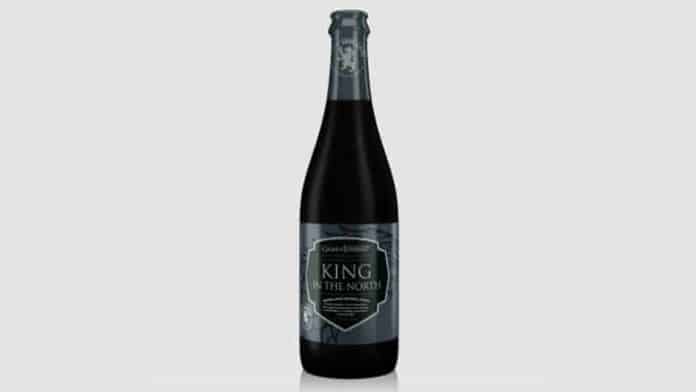 Brewery Ommegang and HBO are ready to unveil their 4th and final Game of Thrones inspired brew for 2018. Inspired by Jon Snow, the King in the North beer is last, but certainly not least.

We’ve covered Brewery Ommegang’s concoctions here at NerdMuch in the past, with the most recent being the 3rd in their 2018 line dubbed Mother of Dragons. Perhaps in a bit of foreshadowing, Daenerys’ drink is now being usurped by the rightful heir to the throne.

Ommegang’s King in the North beer is described much like a porter. The brewery states it comes jet black in color with a thick tan head. When poured, you catch the smell of “roasted malt, coffee, and a chocolate blend with those of oak, bourbon, and vanilla.”

As far as taste, Ommegang considers their King in the North beer “rich and full with notes of chocolate, vanilla, coffee, and roasted malt up front followed by smooth bourbon and a hint of oak.” The finish is said to be “think and chewy with oatmeal creaminess. They note that the beverage pairs well with funky aged cheeses, dark means and desserts.

HBO and Ommegang’s King in the North beer will retail for $12.99 in a 750ml bottle. It goes on sale in time for Black Friday, November 23rd.

A gift collection of the entire 2018 Game of Thrones beer series will be available too for the holidays. The package contains one 12 ounce bottle of each of this year’s Royal Reserve Collection. Specifically, those are Hand of the Queen (a Tyrion Lannister inspired barleywine), Queen of the Seven Kingdoms (a Cersei Lannister inspired sour blonde blend), Mother of Dragons (a Daenerys Targaryen inspired smoked porter and kriek blend), and today’s King in the North. The gift set sports a collectible Game of Thrones glass too, and will retail at $24.99.

With their deal beginning in 2017 and continuing into 2018, it’s likely that Ommegang and HBO will reteam in 2019 to celebrate Game of Thrones’ final season. The final season that will likely have us drowning our sorrows in alcohol anyway.