The Land of Pain Releases Today On PC 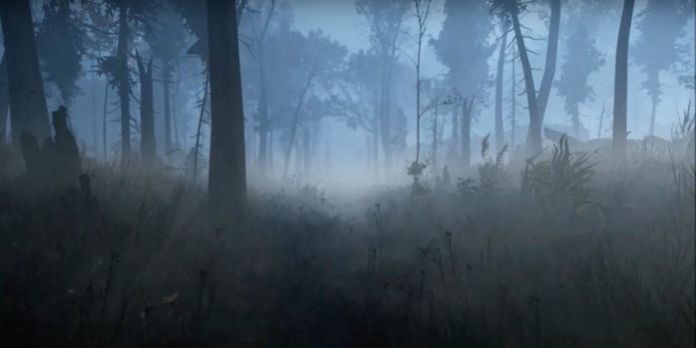 The Land of Pain comes to us from the one-man team, Alessandro Guzzo. He is very excited to have everyone play and enjoy the game he has created. It’s been a few years in the making and he states that he “couldn’t have made it without everyone’s constant support” including fans, testers, and all of his collaborators.

Hopefully the game can match its creator’s level of pride. The Land of Pain is a full several-hour game built on the CryEngine. As such, the stunning visuals aid the game in producing a classic eerie forest filled with fog and a “dark and disturbing evil.”

The Land of Pain is also described as a “Lovecraftian horror adventure,” though all you need to be described thusly is often a simple supernatural element. It doesn’t start out that way of course, as in the trailer you can see how the forest is quite beautiful at first. You can almost breathe in the crisp mountain air as you walk through autumn’s leaves and notice the hint of snow on the upwind side of a tree.

Then the fog hits and it’s night time. It feels like there is an awful lot of room to run, but nowhere to be safe. Shelter could provide answers, but it also keeps you still. Depending on the mechanics of the game, that might not be the best coarse of action.

Nonetheless, The Land of Pain will have you solving puzzles and the mystery of the land so befallen by evil. Keep in mind that you won’t have any weapons, and the map is quite large with plenty to explore and run through. All you will have with you is a lantern and you must use it wisely. Mustn’t let anything see you or you’ll be running for miles again and there’s a risk of getting lost.

The Land of Pain certainly looks like a good time and worth checking out. You can purchase it on Steam or Humble now for approximately $8.52 USD. It’s currently on sale for 20% off. The sale ends September 20, 2017.

Previous articleAnnabelle Prop Replica Doll by Mezco Toys
Next articleRocket League Autumn Update Releases September 28
Rhys Pugatschew
Rhys found his love of gaming in Zelda and expanded to almost all genres. He will be bringing you the latest news in the industry. He has worked for ZeldaInformer and CheatCC, happily writing his opinions for all see!