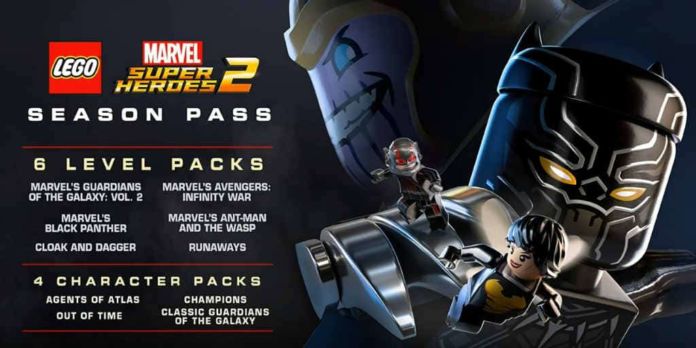 We’re just a month out from the release of Lego Marvel Super Heroes 2. So it’s about time that we start hearing of what plans Warner Bros. Interactive have for the game post-launch. Courtesy of New York Comic Con, we now have some of those details. 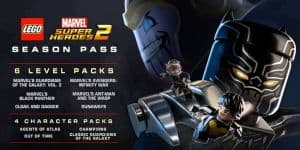 It probably comes as little surprise that Marvel plans to incorporate their upcoming film slate into the game’s DLC plans. With films and television shows from 2017 and 2018 serving as inspiration for additional content.

The season pass will run consumers $14.99 and consist of six level packs and four character packs. The level packs will be based upon Guardians of the Galaxy Vol. 2, Black Panther, Avengers: Infinity War, Ant-Man and the Wasp, Marvel’s Cloak and Dagger and Marvel’s Runaways.

Once the DLC group of 60 characters hits the roster, Lego Marvel Super Heroes 2 will boast a total lineup of 208 characters. The plot sees said characters four years after the events of the first game. Kang the Conqueror, traveling through multiple timelines, has kidnapped the world’s most famous cities and instilled them into one place dubbed Chronopolis. And of course it’s up to our multitude of heroes to put Kang back in his place.

For those in the dark, Lego Marvel Super Heroes 2 is the sequel to 2013’s Lego Marvel Super Heroes. The game was cited by Warner Bros. Interactive Entertainment President David Haddad as being the best selling Lego game of all time. Earning itself an average of mid 80s Metascores along the way. It’s sequel looks to build upon it’s predecessor’s success when it launches on PC, PlayStation 4, Xbox One and Nintendo Switch November 14th.