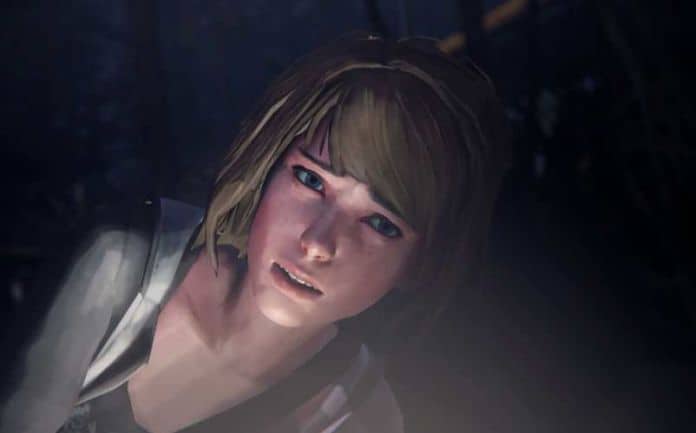 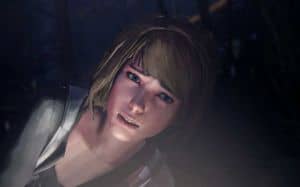 Welcome to the dark room.

After eagerly waiting for 2 months after Life is Strange’s episode 3 cliffhanger, fans of the episodic series were finally granted their wish when episode 4 was released yesterday, July 28th. This particular episode is not only one of the best in the series, it began to answer many of the questions fans have been asking since the beginning while tying up some loose ends that were left untouched in the previous episodes.

Life is Strange Episode 4 (Note: This review contains Life is Strange Episode 4 Spoilers Starting here) picks up where episode 3 left off. Max Caulfield is stuck in an alternate timeline after changing something vital from the past. However, like most time travel stories, one altered detail can cause a ripple in the space time continuum, otherwise known as the Butterfly Effect.  This particular instance involves saving Chloe’s father, William Price, who died in a car accident a few years back. Chloe’s behavior in episodes 1-3 was somewhat influenced by dealing with her father’s death and her mother, Joyce, remarrying to David Madsen, the head of Blackwell security. In the end of episode 3, Max discovers a new ability, the act of traveling back in time through a photograph. Going back to a priceless moment when Chloe and Max were kids, Max is able to save Chloe’s father, but as a result, alters the current reality. This universe is strikingly different, changing both Max and Chloe’s lives, but not for the better.

DONTNOD, the game’s developers, handled this part of the story very nicely, accurately depicting an alternative world. As people, we often wonder if something in our lives was changed, what would happen instead? This aspect is not only important to good storytelling, but it actually relates to time travel and the theories of alternate parallel universes and “worldlines.” In this theory, our lives branch off into multiple worlds based on the choices we make or events that occur. Life is Strange is a physical representation of this theory, showing that choices we make in the game can alter the reality or change the outcome of the story. Episode 4 offers a very difficult and dark look into an parallel universe that solves one of Chloe’s problems but causes another, life-threatening predicament. 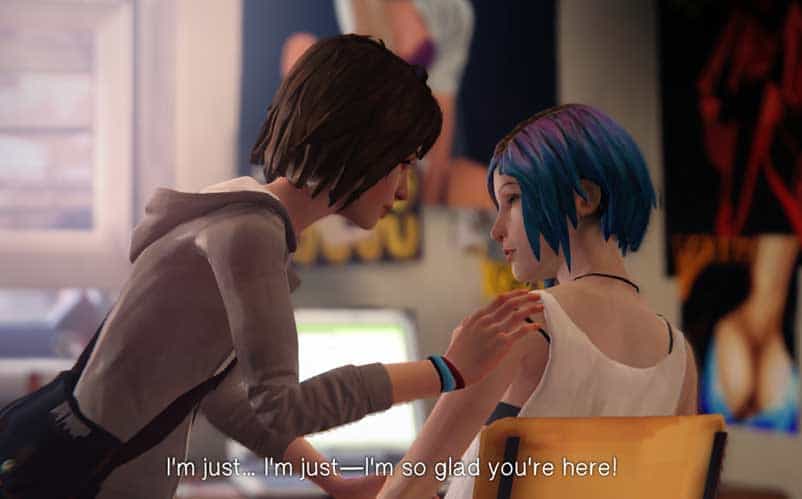 The game succeeds in pulling the player into feeling guilty about the situation at hand, despite it being only a small fraction of the entire episode. Players must navigate through Chloe’s life and the troubles her parents go through in order to keep her alive. What’s interesting is that the impending apocalypse still is a problem in the alternate timeline, suggesting that the world will still end in this universe. This concept isn’t really the main focus, but it’s still evident that something is going on with animals dying, snow, and major storms. After exploring the environment and having a chat with Chloe’s father, players are faced with the most morally questionable choice in the entire game. Should Max let her best friend suffer or honor her request to end it all?

Without going into too many details, players must choose what they feel is right, and eventually travel back to the original universe through the same photograph Max used before. Doing so is a very emotional experience that is brought to life by the wonderful voice acting and well written dialogue. After Max returns to the original universe, the story kicks off where it left off before the “time warp.”

From here on, players are forced to search for clues on solving the missing girl, Rachel Amber’s disappearance. Finding Rachel Amber seems to be the ultimate focus of episode 4, since Max and Chloe finally have enough clues about her absence. In between all of this, Kate’s fate is revealed, depending on what players chose early on. Kate’s drugging from episode 2 is somehow connected to everything that is going on in Arcadia Bay, and it’s up to Max and Chloe to connect the pieces. This involves going back to Blackwell Academy, investigating main suspect Nathan’s room, and talking to drug dealer Frank about his relationship with Rachel. This takes up the “meat” of the gameplay and story, and choices from previous episodes really matter at this point, adding to the excitement and producing different outcomes. For example, a reaction to Frank’s confrontation in episode 2 will be brought up by him again, and depending on what players choose, things can go horribly wrong. It’s not particularly easy deciphering what is “right”, which can be seen as both an advantage and disadvantage. It’s good because the player does not know what to expect, but can be frustrating if the answer is not clear enough.

This also applies to the puzzle portion of the game. There are a few puzzles that require a little bit of extra thinking to solve, especially when piecing evidence together in Chloe’s room. Most of the pieces are logical and follow to an answer of what happened to Rachel. However, some pieces of evidence are somewhat questionable when connected together. Thankfully, most everything seems to make some sense by the end of the puzzle segment. Rachel is connected to a location, and that specific location holds the secrets to what has been happening at Blackwell Academy. From here on, the pacing picks up quite a bit and it’s one plot twist after another. What happened to Rachel is finally revealed, and it seems to be nothing what fans expected. 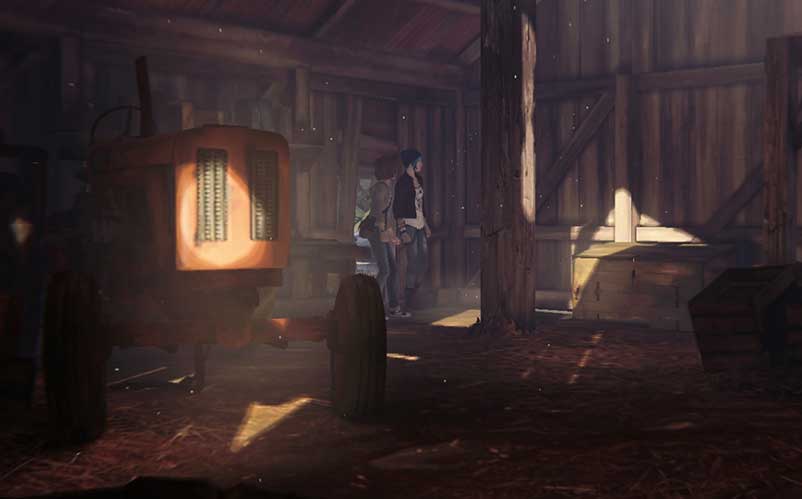 Rachel’s fate is very disturbing and unsettling, with Chloe’s reaction being a mixture of hate and revenge for what happened to the girl she loved. This leads to Max and Chloe on a very extensive search for Nathan at the Vortex Club “End of the World” party, which is probably one of the most realistic high school dances ever shown in a fictional universe. Music’s blaring, dances moves are awkward, and the popular students separate themselves from the others. Like any high school party, alcohol is definitely involved and people are hooking up. At this point, the player can talk to several of the side characters and explore the party. This is probably one of the most interesting settings, and some bits of humor are sprinkled in to somewhat brighten up the dark mood. However, towards the end of the party, a major choice comes up, in which Max can choose whether or not to warn a potential victim of the crimes committed. This is where the previous episode choices really matter, because a major choice from episode one will determine whether or not she believes you. After this, events transpire, and the winner of the “Everyday Heroes” contest is announced and a text from the suspect leads Chloe and Max to the Junkyard. Here, the most intense episode ending in the entire series takes place. The real culprit is revealed, while shots are fired and syringes are injected. What is left is a desire for episode 5 to come out immediately, because no one expected an ending like this. It is also important to note that Max’s powers may be gone for good, taking away the option to rewind. Episode 4 left players with an uneasy and disturbed feeling, only to be wrapped up in the grand finale. 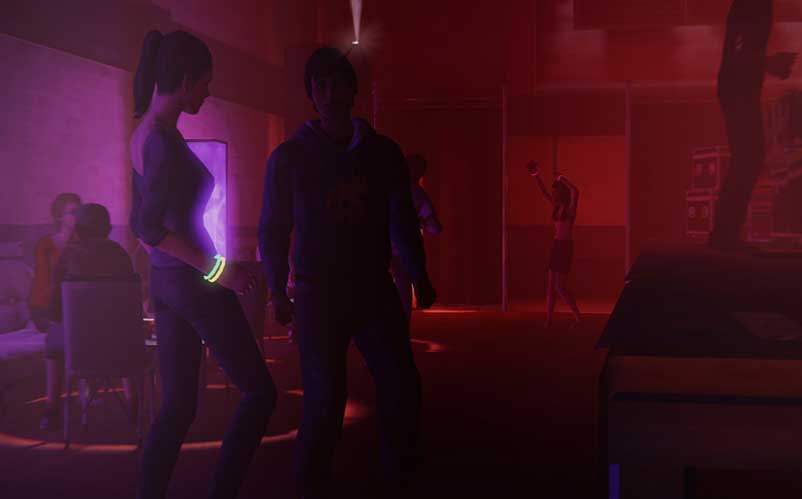 Life is Strange Episode 4 is an intense, dark journey filled with many plot twists and turns that kept players guessing. It explores two alternate realities and answers some of the questions that players have been asking all along. However, the keyword is some. There are still some aspects of the plot that do not make sense or have not been explained, such as why the world is ending and what the cause is. Perhaps this is one of the only downsides to Episode 4, since the trailer led players to believe that there would be more information about the beached whales, dying animals, and intense storms. However, these things were only talked about by the characters, and there was no real conclusion other than it “cannot be explained by science”. 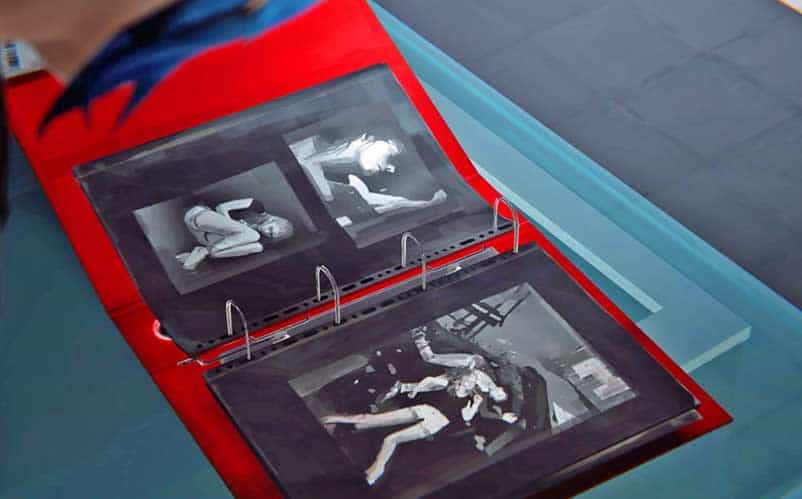 Despite this, the rest of the episode proved itself to be spectacular, both in execution and storytelling. Side characters, like Warren Graham, had a bigger role and were fleshed out much more than they were in previous episodes. There were also little things hidden within the intensity of the main plot, such as the possible romantic relationships Max invests herself in. Is she in love with Chloe, her best friend and “partner in crime,” or does she actually have an interest in guy friend Warren, calling their weekend plans “a date?”  The subplot of David Madsen and his surveillance proposition also plays a role. Little things like this did nothing but add to the realistic world of Arcadia Bay, and are relevant since they tie into the main story. The developers at DONTNOD entertainment should be proud of their work, as it is all coming together towards the end of this landmark series.

Life is Strange Episode 5 is set to be out in two months. Let the wait begin and hope that ending will be reversible.

Previous articleSex With a Synth, Is it Cheating?
Next articleLEGO Architecture Studio Playset: 1,210 Bricks for Architects to Play With