How Life is Strange Made Me More Grateful and Accepting 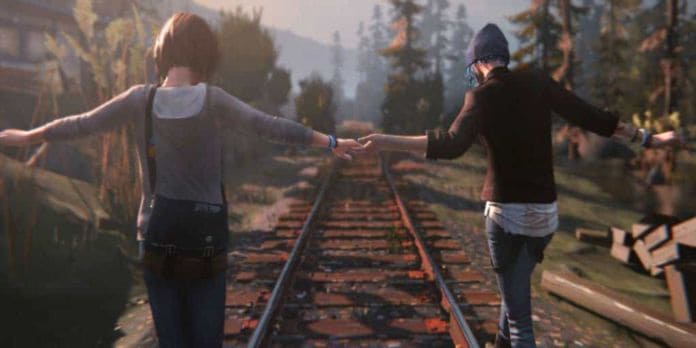 Having released in 2015, I know I’m late to the Life is Strange party but I can’t imagine a better time to play this game. For those of you who are unfamiliar, 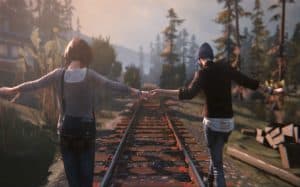 Life is Strange is an episodic visual novel published by Square Enix. You play as Max Caulfield, a photography student studying at the prestigious Blackwell Academy located in Arcadia Bay. Essentially, you’re a high schooler at an arts boarding school dealing with drama — and the deeper you dig the crazier it gets. The premise of Life is Strange is sure to invite eye rolls and cringes from some, but the fact that Max can rewind time makes this a game worth playing even if it’s “not usually your thing.”

Your choices, as Max Caulfield, can create a butterfly effect (i.e small decisions can have a big impact later on). The nice part about these rewind powers is you can select A and see the immediate outcome, then rewind and select B and see the immediate outcome. From there, you can decide which route you want to take. Of course, the scary part is you have no way of seeing the larger impact until it’s too late. 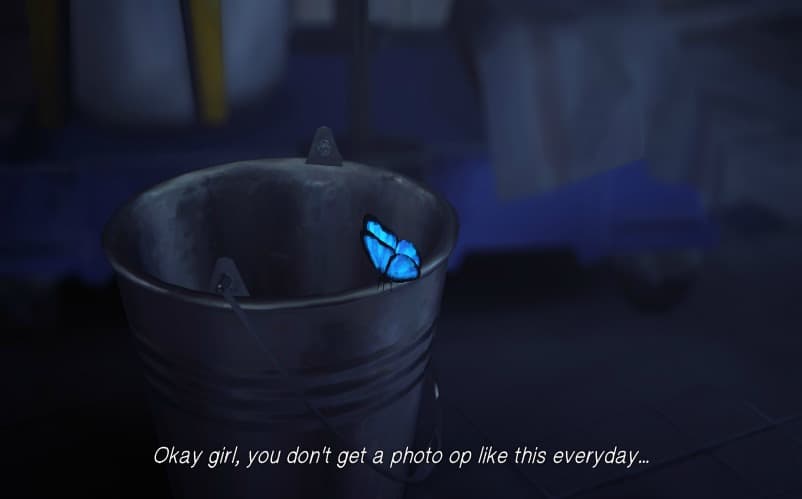 Life is Strange was the last game I finished in 2016 and it seemed appropriate. On a macro-level, all of us just emerged from the dreadful mess of 2016. And the upcoming inauguration feels a lot like Max’s vision of that tornado heading for Arcadia Bay (first seen in episode 1). On a personal level, I’m just over halfway through my first year out of college. I’m about to start a new job and am currently in career limbo. Life is Strange was just what I needed. Although I admit I was disheartened when I couldn’t use those rewind powers in real life… (can you imagine having those during a job interview?)

It’s been over a week since I finished Life is Strange but it’s still lingering on my mind. This game is not without its flaws; and unlike many fans, I didn’t care for the main characters. But Life is Strange was one of the most impactful gaming experiences I’ve ever had. I feel more thoughtful in my everyday decision making and I’m more grateful for the life I have. Because I realized several things while playing Life is Strange, that help me cope with life’s challenges and inevitable B.S:

With games of this genre, players typically make choices one of two ways 1) they think: what would I do in this situation? Or 2) They pick a personality style and dedicate to it (ex. Always choosing the most violent/aggressive options). As for myself, I went with the first option (albeit I went with my most level-headed/best self). My goal while playing was to keep suffering as low as possible. But over and over again the game reminded me that suffering is inevitable. And that if you exist in this world, you’re bound to cause someone some damage.

The clearest reminder that suffering is inevitable was when you go back in time to stop your best friend (Chloe)’s dad from dying. 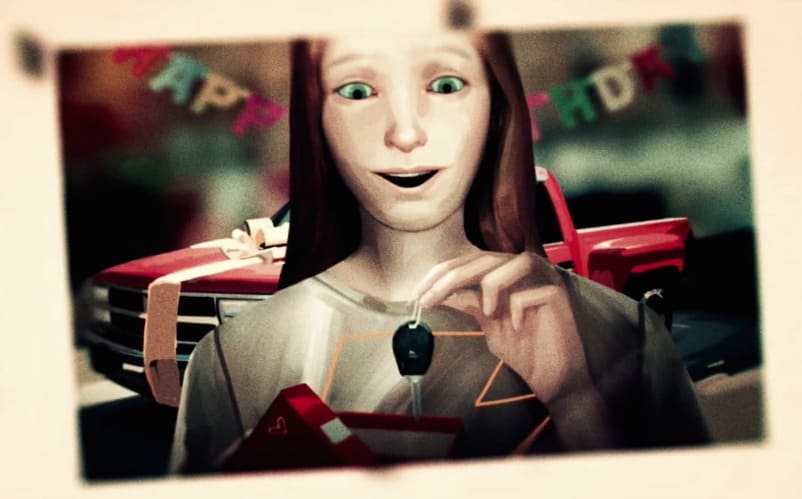 Sure you stop him from getting in the car, sparing him from a fatal accident but the universe decided that suffering needs to go somewhere. The result? Your best friend Chloe ends up paralyzed from the neck down due to a car accident of her own.

We Are Not What Happens to Us; We Are How We React.

We never really have control of how things turn out. Life is Strange’s gameplay merely gives us the illusion of control. We can manipulate the little moments but as we progress through the story we realize the larger impacts are out of our control. Our rewind power makes us feel like we have the edge but in the end only a few decisions really matter. How we deal with the situations we are given is what ends up defining Max’s character. 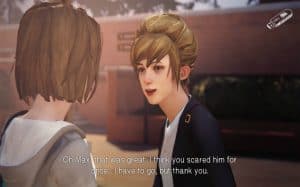 This is reinforced as the non-playable characters (NPCs) around us are constantly judging the way you deal with situations. For example, you’re generally praised for being kind to Kate Marsh but Mr. Jefferson will cite you letting Nathan Prescott get beat up by Warren as proof that you’re not as good as you think you are.

The well-known fact of time travel/time manipulation is this: changing anything can ruin everything. And Life is Strange’s intrigue stems from not knowing how anything may affect something down the line. For the majority of the time you’re manipulating day-to-day events (it isn’t until later that you start time-traveling on a larger scale). The game fools you into thinking this makes your time manipulation acceptable. You, the player, believe you can save the world despite every time-travel story ending the same: a resounding “oh no” followed by a somber, “what have I done?” You tell yourself this time it’s different, but it’s really not.

But the fact of the matter is everything can only exist as it is because of what came before. The challenge of Life is Strange is figuring out the magic formula to getting a result you can live with. Emphasis on “can live with.” This game was a major kick in the pants to my “protagonist hero” complex. Life is Strange is as much about choosing what/who to save as it is about choosing what/who to sacrifice. And what’s painful is it’s not always presented that way, which adds weight to every situation. I suddenly found myself wary of every choice I made: I hope saying no to the movies with Warren won’t somehow result in someone’s death. How would it? No clue. And that’s terrifying. 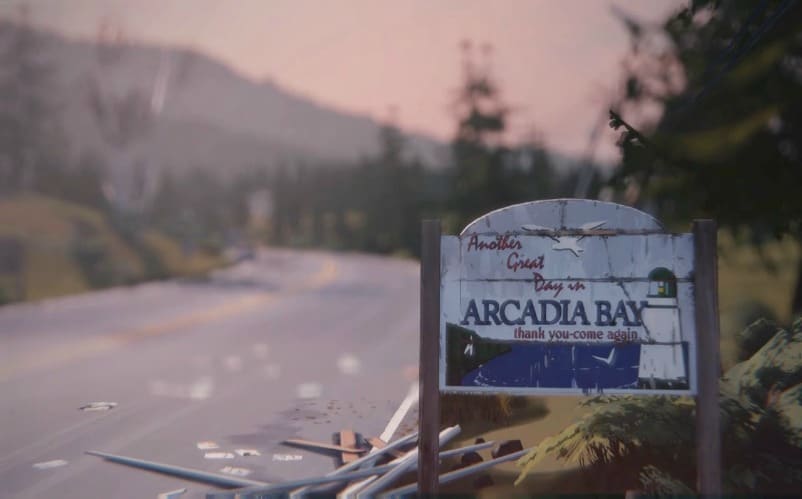 Messing up is just part of the package when it comes to Life is Strange and life in general.

While playing the game, I had no idea Alyssa associating me with getting splashed would cause her to fall to her death during the tornado. Or, on the positive side, that being nice to Victoria when she gets covered in paint would help her trust me later on, when it was really important. And when I reflect on my life so far, there are a lot of similar stories. Nothing as dramatic as a tornado or the disappearance of Rachel Amber (thankfully), but each relationship, each job/school application, colors my life in drastic ways I won’t see until much later. I try not to think about it too much; we all like to feel in control.

And that’s what resonated with me so much when it came to Life is Strange. In video games you have control, but after 5 episodes of Max’s rewind power you’ll realize you have no idea what you’re doing around the same time Max does.

Sometimes Going For “Perfect” Can Ruin Everything

Life is Strange is a lesson in not getting it right even when you’re trying your best. There are dozens of idioms for this sentiment: life’s not fair, that’s life, shit happens, all of it is to say you will be screwed over at some point. You’ll feel you did everything right or everything you could but the result will tell you otherwise. I’ve felt this in my real life but I never thought I’d feel it in a video game.

In Life is Strange, sometimes this injustice is small: ex. I chose to water my plant and it ended up dying because I overwatered it. Sometimes it’s catastrophic. For instance, I told Kate to wait and get more evidence to prove she had been drugged (I thought I could use my powers to do this) and that just ended up contributing to her suicide.

The whole game itself is a warning: the pursuit of perfection will have deadly effects. Saving Chloe in the first place is what caused the tornado to hit Arcadia Bay.
***spoiler over***

All Is Never Lost

Some may look at Life is Strange through a pessimistic lens. The theme is that our fate is basically set and there is little we can do to change it. But an equally valid theme, and the one I walked away with most, is this: be grateful for the good things in your life and know that real change is created by regular people, no super powers needed.

Because some of Max’s most impactful moments come from letting ordinary people do their jobs or help a cause. So although we may, sometimes, feel powerless; Life is Strange is reminds me that we’re never alone.  And that’s something to take solace in.