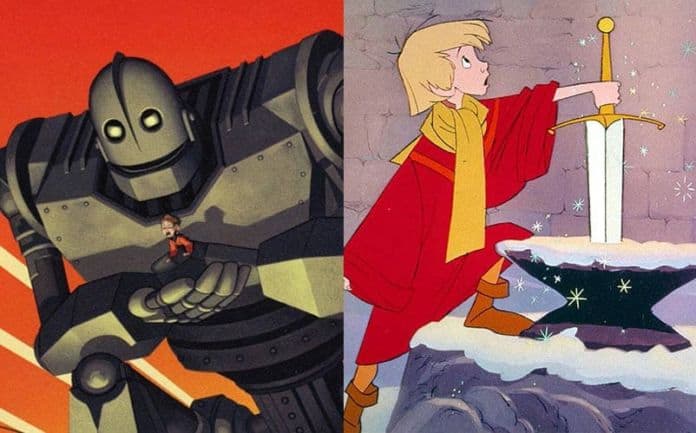 There has been a massive influx in live action remakes of classic cartoons and animated movies in the past couple of years. The list includes The Jungle Book, Pete’s Dragon, Beauty and The Beast, Pan, and many more. And just recently, we saw the announcement of a live-action Snow White.

On top of the new Snow White, rumors have been swirling for months about Mulan and even a live-action Aladdin, and it all has reminded us at Nerd Much? of the long list of classic shows and movies that should get the live action treatment.

I should probably note that not everything can and will succeed in live-action though (sorry The Goofy Movie). There is magic to adapting something animated into a live action version. There can be heavy CG use or sometimes the story is altered to fit the live action visuals, giving us as fans something exciting to see. It’s not always successful, for example, the Dragon Ball Z movie, but as this year’s The Jungle Book showed, not all live action movies are tough to watch.

Here are our top ten animated shows or movies that should get live-action adaptations:

10. The Grim Adventures of Billy & Mandy 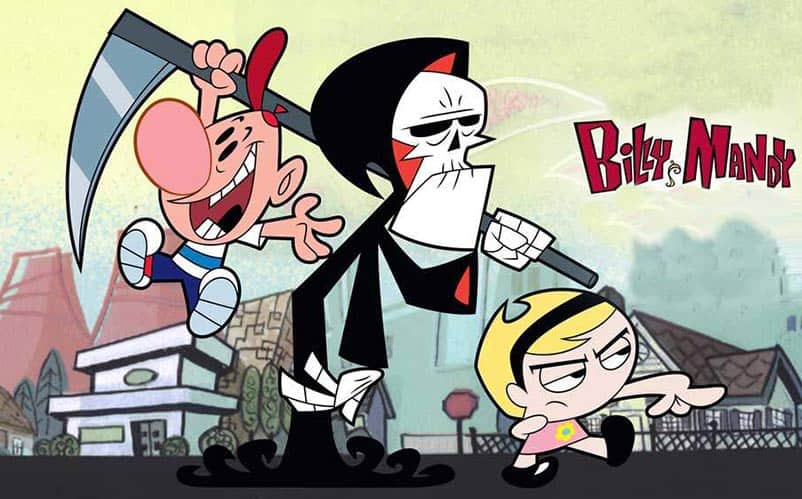 If The Grim Adventures of Billy & Mandy were given a live action adaptation it would be a crazy movie full of hilarious banter, ridiculous stunts, and MAYBE just MAYBE Kurt Russell as Hoss Delgado. Admittedly, it would be a tough show to adapt into a live-action film, but with a humor-centered story and a good cast, a Billy & Mandy movie could be a major hit. Following a lost game of limbo, the Grim Reaper is enslaved with friendship between two kids, Billy and Mandy, who frequently get him into insane scenarios. We would see supernatural abilities, amazing hellish environments, and great dialogue between a couple of kids and death personified. This is something we hope to see one day.

As we’ve seen with the Teenage Mutant Ninja Turtle films, there is definitely room for butt-kicking bipedal mutated animal movies. At one point, there had been a war between TMNT and Street Sharks fans for years and this movie could reignite that dormant battle. With Ripster, Jab, Streex, and Big Slammu on the big screen, it would be a wave of fun. The Street Sharks are ready for a revival. Just imagine how amazing it would be to see a giant shark biting through steel beams on the big screen. They bite, they fight, they’re Street Sharks! 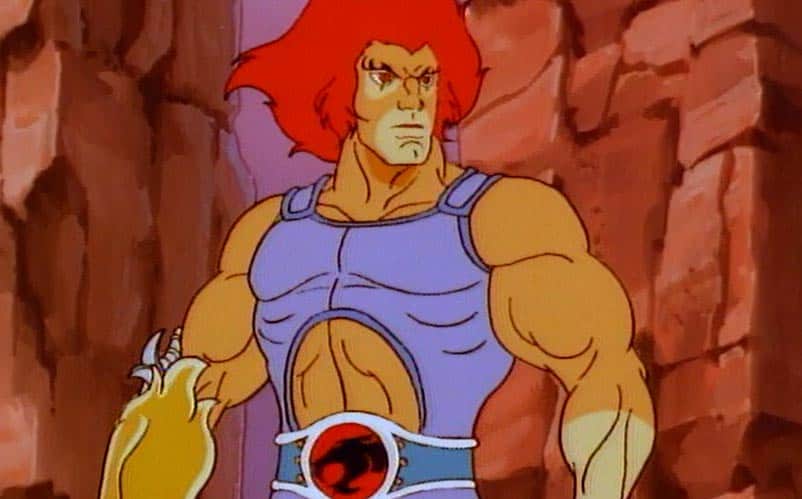 This classic 80’s cartoon is in need of some attention. He-Man has become a little more popular over the years, while ThunderCats have been left slightly behind. This is the time to reintroduce us to Lion-o, Cheetara, and Tygra in live action. This could be similar to Guardians of The Galaxy, using a mix of CG and makeup because of the many alien characters. The plot of ThunderCats is fairly open with a large universe and huge cast of villains and heroes. With the Power Rangers getting a new movie, we think an action focused ThunderCats movie seems like a good possibility, and an entertaining one for sure. We can only hope that Snarf isn’t too annoying. 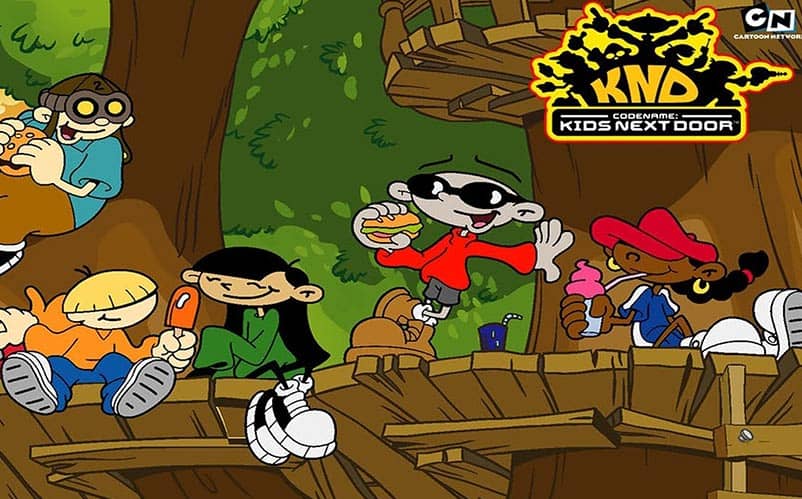 This Cartoon Network show wasn’t the most popular, but it sure was enjoyable to watch. Codename: Kids Next Door was quite unique, and it brought together a lot of creative ideas into one fun animated show. It’s definitely a good candidate for a live action adaptation. The potential for success is huge, especially if they combined aspects of The Goonies, Home Alone, and Pacific Rim. The show had many crazy stories revolving around Sector V, a part of the worldwide Kids Next Door agency. Sector V is comprised of five Numbuhs or kids, with each character being entirely different and well balanced as a team. With Netflix’s Stranger Things highlighting fantastic child performances, we would love to see Sector V on the big screen. 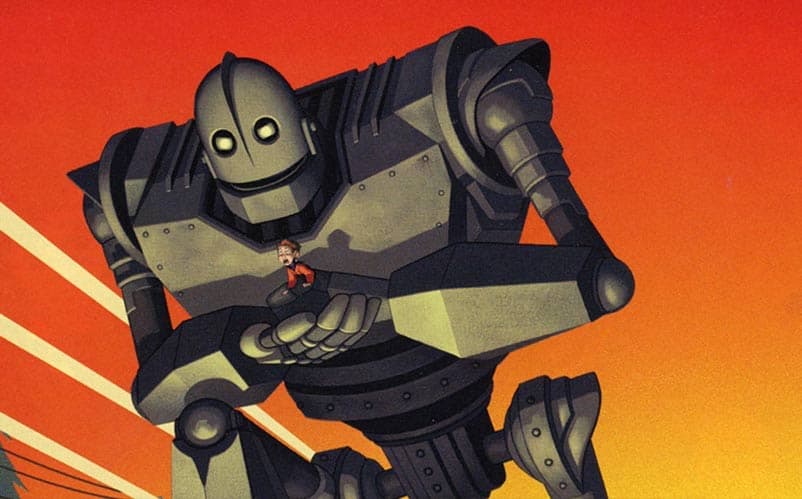 It would be a tough challenge to adapt what is widely considered to be such a great animated film, but we believe a live-action Iron Giant movie could be done very well. Just as I mentioned earlier, this could take a couple notes from Stranger Things as well as E.T. The Iron Giant is a modern classic with a friendly innocent robotic giant. This adaptation would also need Vin Diesel to reprise his role as the lovable robot. Just like Pete’s Dragon has proven, a kid and large friend are possible in live action again. The Iron Giant is an emotional rollercoaster and should be brought to a newer audience.

See why we think The Iron Giant is one of the most underrated animated movies of all-time. 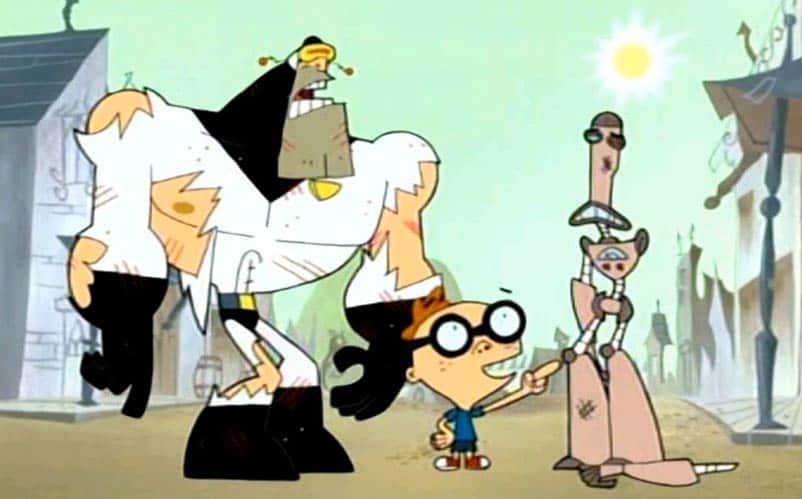 Though the Cartoon Network series, Time Squad, only lasted two seasons, it should be considered for live action. The success and cult following of Bill and Ted should help push for this series’ big screen debut. Time Squad is about a trio, Otto, Larry, and Buck, who travel the past “helping” to fix random anomalies that have occurred. Throughout their adventures, they meet historical figures such as Confucius, Amelia Earhart, and even Sigmund Freud. This could be a ridiculous movie with many different angles, and it would create the opportunity for great cameo performances. The live action aspect could mix stunning effects with great set design and period writing.

4. The Sword in The Stone 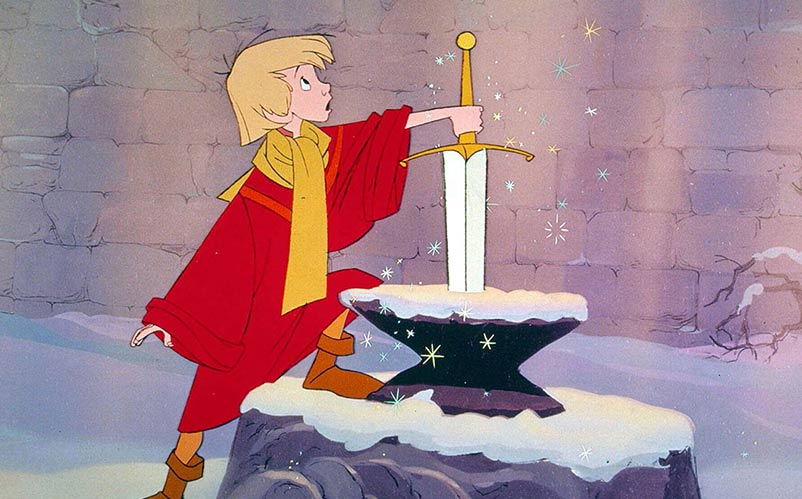 Made in 1963, this Disney animated movie retold the story of King Arthur. There is also without a doubt a lot of potential with later installments including Knights of the Round Table, working off of The Once and Future King novel. There have been a few shows like Merlin and Camelot that have tried to bring life into the age-old story, but we think The Sword in The Stone could start an engaging and exciting new epic series. Great characters and a classic story could make a live-action Sword in the Stone a must-watch, but only time will tell. 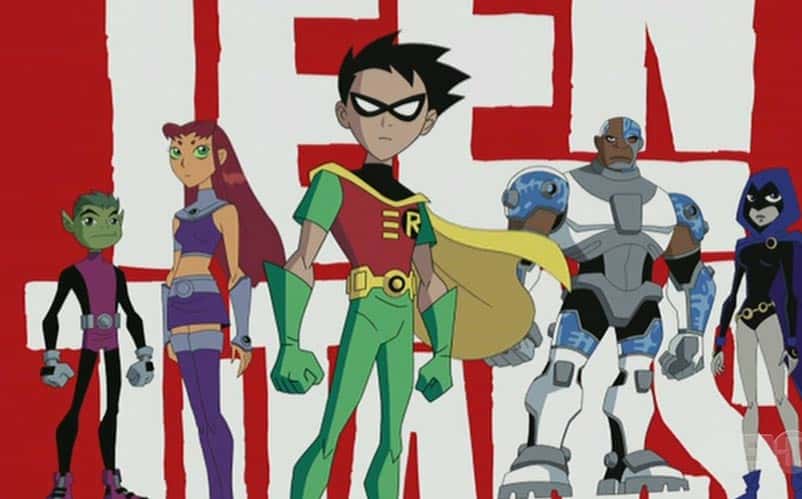 Though there is already a major push by DC to make the Justice League work, the studio should also consider adapting Teen Titans to the big screen. Beast Boy, Cyborg, Starfire, Robin, and Raven (and maybe Terra too) would work really well as a live-action team. Working into the newly created DC cinematic universe — which, let’s be honest, isn’t all that great right now — would help expand it and create different opportunities in the future with crossovers or solo movies. It could be a mix of comedy and action, unlike the strange mix Suicide Squad went for. We would love to see the Teen Titans grace the big screen with tie-ins from other DC movies. 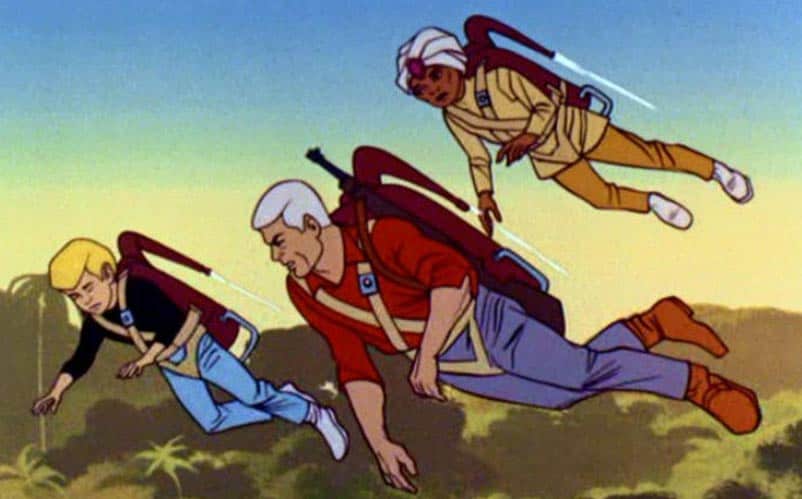 Made in 1963, Jonny Quest was one of the first action-adventure shows created by Hanna-Barbera. This kickstarted a demand for action adventure shows leading to others like Space Ghost as well as Birdman. The cast is very interesting and the adventures that Jonny Quest and company goes are amazing, thrilling, and fairly unique. This could bring these great ideas to a new audience unfamiliar with classic adventuring and the excitement of that genre.

Samurai Jack is without a doubt the best choice to be adapted into a live-action film. Samurai movies are due for a boost, and by mixing it with the futuristic world from the show, it could be the revitalization the genre needs. The seriousness and unique story of Samurai Jack could lead to a dramatic live action adaptation. This could turn into a series of movies, as the show is full of fantastic dramatic episodes and has great character development for a “kids” show. The villain Aku and Jack would be a great combo on the big screen, and the potential for their verbal and physical battles. There have been rumors of a film adaptation in the works, but nothing has stuck yet. Hopefully, that will change and we will see a live action Samurai Jack film soon.

What other animated shows or movies would make great live-action movies? Sound off in the comments below — we’d love to hear your ideas!