Courtesy goes out to Nintendo’s twitter account for breaking all kinds of news today. On top of Nintendo Switch Online having been declared for a September debut, we also now know that there is a new smart phone app coming too entitled Mario Kart Tour. 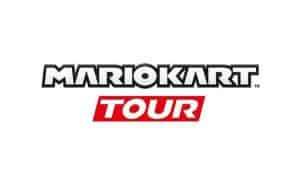 When discussing their future mobile plans, Nintendo stated that they intended to release 2 to 3 smart phone apps a year. The plan was to not only generate revenue off of these mobile titles, but to also spread brand awareness in the hopes of driving more fans to the franchise’s larger console offerings.

Nintendo has previously confirmed that a mobile Legend of Zelda title is currently in development. And now comes word that they are bringing us a Mario Kart title too. These two products come in addition to Super Mario Run, Fire Emblem Heroes and Animal Crossing: Pocket Camp. The quite successful Pokémon Go was developed outside of Nintendo’s guise at Niantic Labs.

Here is Nintendo’s announcement of their next big franchise heading to mobile:

The checkered flag has been raised and the finish line is near. A new mobile application is now in development: Mario Kart Tour! #MarioKartTour Releasing in the fiscal year ending in March 2019. pic.twitter.com/8GIyR7ZM4z

In addition to that fact, who knows how a Mario Kart game would operate on mobile anyway. Mario Kart is not a simplistic game. Its deep with advanced techniques to separate the elite players from the casual. Nintendo did a fantastic job breaking Super Mario down into a auto-scrolling one button game. But could they pull off a similar thing for Mario Kart?

Nintendo did give us a release window for Mario Kart Tour, but it’s a pretty large one. The publisher states that we can expect the mobile app to hit our devices before the close of their March 2019 fiscal window.