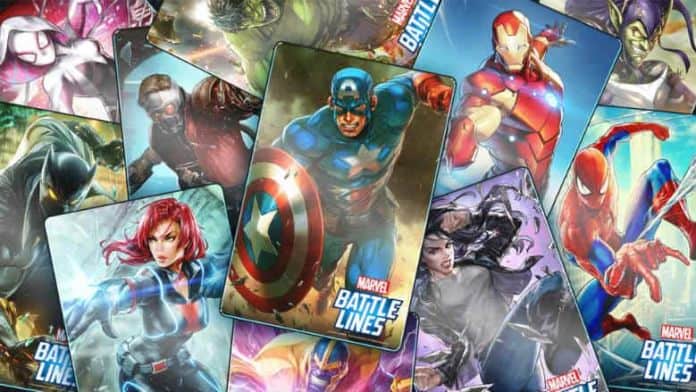 Nexon has teamed up with Marvel to bring us a new card battle game that is headed toward mobile devices. Marvel Battle Lines will feature “hundreds” of the various Super Heroes and Super Villains from the Marvel universes. The game revolves around its real-time turn-based mechanics in both single player and multiplayer modes. 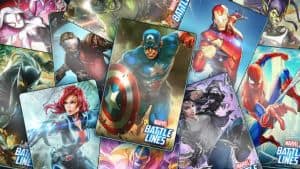 Alex Irvine, a writer for Marvel Comics, has penned an original story that will play out through the single player portion of Marvel Battle Lines. In addition to that, Nexon states that there will be “an array of single-player activities [which] will revisit beloved Marvel storylines and events and continue to challenge and reward players.”

As you compete both on and offline, you’ll work towards collecting elite heroes and villains in an effort to build the ultimate deck. Each match within the single player portion of the game will net you new cards. And the title sports “intuitive gameplay” which adapts to your skill level from the beginning, making you competitive early regardless of your deck’s strength.

“Marvel’s incredible universe has reached hundreds of millions of fans around the world and it’s an honor to be collaborating with their team on a truly unique game that draws on the nostalgia of collecting trading cards and taps into the fun of battling with friends.

Marvel Battle Lines is incredibly engaging, fast and accessible, and will give players a chance to hone their skills and collect their favorite Super Heroes and Super Villains based on how they like to play games – whether that’s through the original single-player storyline and activities or competing in the PvP mode.”

The game will be a free-to-play title with in-app purchases on iOS and Android. Marvel Battle Lines will release on said mobile devices later this year.

Previous articleJigglypuff Build-A-Bear Bundle Now Available
Next articleThe Crow Reboot Loses Jason Momoa, Director
Jeff Scott
Growing up a 90's kid, Jeff found his love for gaming during Nintendo's heyday. Because of that, you could (perhaps sadly) call him a "Nintendo Fanboy" to this day.