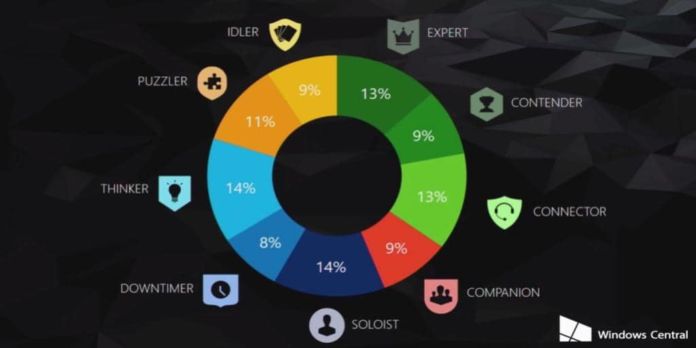 According to Windows Central, Microsoft has conducted two surveys to determine what kind of gamers Xbox One players are for the convenience of developers. If nothing else, both surveys prove what a diverse bunch we are, as there are no large majorities. All groups and categories have percentages divided fairly evenly between them. 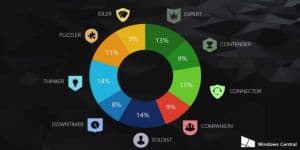 This information was supposed to be for Xbox partners only, but it seems Windows Central got a hold of them. It may not reveal any hints for new games, but it is nonetheless interesting to see where you and other gamers land in categories determined by Microsoft.

The first survey was from a pool of only 2000 Xbox One owner in the US. From a statistical point of view, this pool is fairly small in comparison to the actual amount of people. Thus, keep in mind that this is merely a sample of a small population and there is no mention which region within the US this sample is from or if it was spread evenly across the country. For example, I imagine if this sample was taken from Beverly Hills, things like income would be a little skewed.

Of these 2000 folk, Microsoft also determined what their general gaming behaviour is, including socializing, exploring, and achievement. Socializing includes folks that play about 17 hours a week of multiplayer and likely have Xbox Live Gold, these folks top the chart at 53%. Exploring gamers play an average of 15 titles per year and are the close second at 49%. Achievement players have a game score about twice as much as most other users and enjoy 14 hours of multiplayer a week. These folks are at 31%. A fairly even spread, to be sure.

The Soloists are those that, as the name implies, enjoy the solitary experience of single player and have longer play sessions than almost all other of the categories. Thinkers are not clearly defined. Experts are the big spenders, who game the most, and prefer the large RPG games. Connectors are not clearly defined. Nor is Puzzler, but that might be a more clear name than the others. Though I would like to know the difference between a Puzzler, Thinker, and Idler (another which is not defined). Contenders are gamers that enjoy competitive games, trophies, and customization. Companion gamers are those that play with family and friends.

Personally, I don’t really fit into any of these categories. I don’t spend much on games, but I do love the sprawling open worlds of most RPGs. I also love platformers and deep puzzle games like Myst. I would love to play more with friends, but couch co-op games are scarce. Perhaps I fit into Idler and just don’t know it.

Which category do you fit into? What do you think of these stats? Let us know your thoughts in the comments below.