New Are You Afraid of the Dark, All That Coming 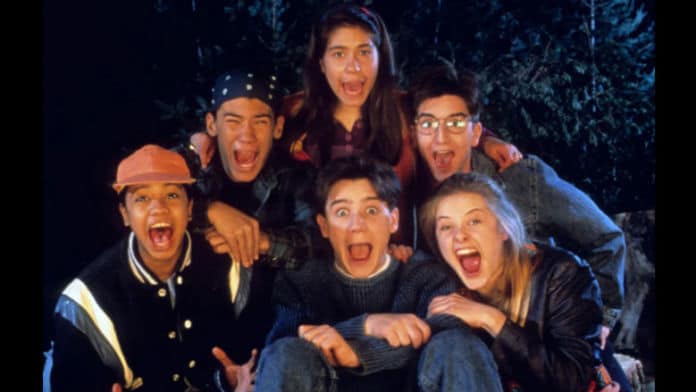 Nickelodeon is going back to the well as they develop their television slate for the back end of 2019. The network has announced that Are You Afraid of the Dark and All That reboots are coming our way, in addition to several other nostalgic properties.

A group of friends, known as The Midnight Society, meet late in the woods and exchange stories intended to scare their peers. Some are completely fictional, while others are inspired by events that take place in the character’s lives within the show.

Another super popular show on Nickelodeon in the late 90s and early 2000s was All That. And that too is getting rebooted on the network. Just like the original, the All That reboot will be designed as a weekly sketch comedy show similar to how Saturday Night Live functions.

Speaking of Saturday Night Live, Kenan Thompson, an original All That cast member and Nickelodeon’s Kenan & Kel, will return to executive producer the rebooted series. It’s reported that the show will consist of a new cast, with old members sporadically sprinkled throughout. The All That reboot is expected to begin airing sometime this summer.

That’s not all Nickelodeon has up their sleeve though. In addition to the Are You Afraid of the Dark and All That reboots, the network also has a SpongeBob SquarePants spin off special in the works to celebrate the show’s 20th anniversary.

Are You Smart Than a 5th Grader is being developed at the network with John Cena attached to host. A Paddington series is being developed too, as well as Blue’s Clues and You for the younger audiences. There’s also word on a potential Star Trek animated series coming for younger children too.

Previous articleJared Leto Joker Movie Canceled at Warner Bros.
Next articleTetris 99 Proves Tetris Will Never Die
Jeff Scott
Growing up a 90's kid, Jeff found his love for gaming during Nintendo's heyday. Because of that, you could (perhaps sadly) call him a "Nintendo Fanboy" to this day.