New Obsidian Entertainment Game to Be Announced at The Game Awards 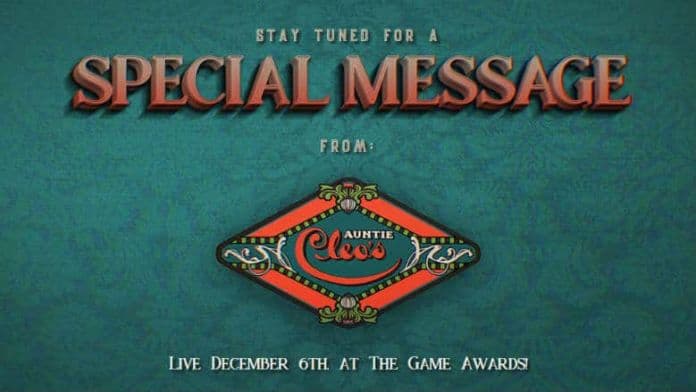 The Game Awards creator/host, Geoff Keighley, has confirmed at least 10 new games will be announced during the show next Thursday evening. And today, one of them was confirmed. A new Obsidian Entertainment game is being teased by Keighley and the developers themselves.

Next Thursday, don't miss the global announcement and reveal of the new RPG from @obsidian and @privatedivision live at #TheGameAwards. Streaming live on over 45 platforms at 9 PM ET / 6 PM PT at https://t.co/i3gkmHsM49 pic.twitter.com/QiYoI05JdN

Obsidian’s website is offering a countdown to a new title that will be revealed during The Game Awards. On the developer’s site, the new Obsidian Entertainment game is being teased with imagery that is popping up in viral marketing ads of sorts. The latest (as of Wednesday afternoon) is a lineup of products coming from Auntie Cleo’s that includes Facial Masque Skin Crème, Bread, and Energizing Ointment.

Fans might recall that Microsoft recently purchased Obsidian, making their future titles likely exclusive to the Xbox One and perhaps PC. However, due to how early in their relationship this new Obsidian Entertainment game is being announced, whatever title this is will likely be published via a deal with another company prior to Microsoft.

Obsidian has a strong list of projects in their portfolio. The developer is responsible for Star Wars Knights of the Old Republic II: The Sith Lords, Fallout: New Vegas, South Park: The Stick of Truth, Pillars of Eternity, and Pillars of Eternity 2 among several others. So whatever this soon to be announced project is, there’s a good reason to be excited.

It’s also worth noting that according to notable YouTube personality Boogie2988, Microsoft is going all-in on their new acquisitions. Boogie states that he recently spoke with Xbox’s Vice President, Mike Ybarra, who offered Boogie the following in the YouTuber’s own words:

“He said we basically went in there to those companies and said ‘What project do you wanna make?’ And they’re like ‘What’s our budget?’ And he says ‘I don’t think you understand, that’s not our question, our question is what games do you want to make? We are Microsoft and we have the budget, we just want to know what game you want to do, what are your wildest dreams?’.”

As noted above, whatever this new Obsidian Entertainment game turns out to be, it likely isn’t directly linked to their new owner in Microsoft. However, the future of this talented development team is sure to be very, very bright.

Previous articleCandyman Reboot by Jordan Peele is Officially Happening
Next articleFallout 76 Power Armor Edition Controversy Continues Bethesda’s Woes
Jeff Scott
Growing up a 90's kid, Jeff found his love for gaming during Nintendo's heyday. Because of that, you could (perhaps sadly) call him a "Nintendo Fanboy" to this day.