Whether or not you are as obsessed with Overwatch as we are, you can’t deny how good the character design is. All this new Overwatch apparel really shows it off.

Our friends over at J!NX have been hard at work making all sorts of accessories for the upcoming arena shooter. Whether it’s a hat, shirt, sweatshirt, or keychain, there are a number of great design you can pick from.

The designs vary from stylized images of a character to simple images. There are also more subtle designs that show off various logos taken from the game. These are great for when you want to show your support, but don’t like the idea of having a cartoon character on your person.
J!NX is the go-to place for licensed gaming products. They have everything from clothes to toys and so much in between. The have over 35 licenses from nerd culture. 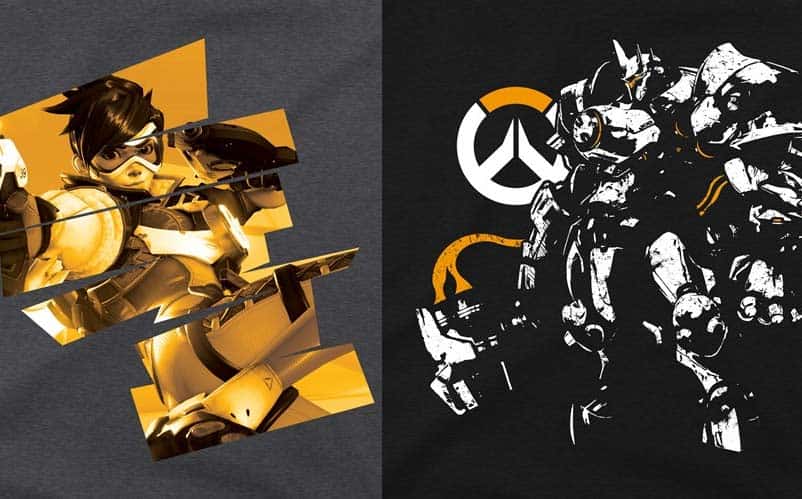 If you want more merchandise from other Blizzard franchises, they’ve got you covered with World of Warcraft and Hearthstone. Maybe you are a fan of Valve instead. Here you can find apparel and such from games like Half Life 2 or Portal 2. Even shows are starting to get the same treatment. With Rick and Morty merchandise, you can show off your love for Tiny Rick.

As soon as Overwatch was announced, we new that its design would feed perfectly into toys, shirts, and more. Will you be showing off your love with any of this new Overwatch apparel?

For more cool nerdy stuff to buy, stay tuned to Nerd Much.

Previous articleThe Pokemon Cookbook: Easy and Fun Recipes Coming to U.S.
Next articleThe Fall of Call of Duty & the Rise of Battlefield