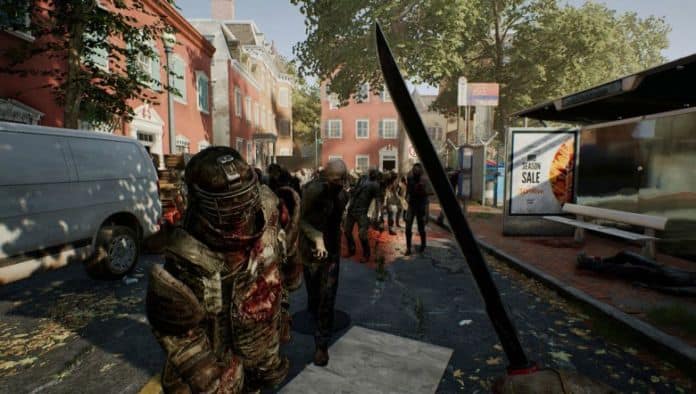 After postponing the console release of Overkill’s The Walking Dead indefinitely for the PlayStation 4 and Xbox One, it seems that Starbreeze Studios is no longer porting the game at all.

While it hasn’t been officially announced by the company, some fans have received an email from PlayStation saying their preorder will be refunded due to the game’s cancellation. Below is the email that has been circulating Reddit, as posted by u/PirateBlankFoul.

Thank you for pre-ordering OVERKILL’s The Walking Dead.

The publisher has notified us that the game is canceled. As a result, we have withdrawn the current preorder from the PlayStation Store and will cancel all pre-orders. You will receive a refund to your original payment source within 5-7 business days…

Starbreeze Studios has been struggling overall. The company filed for reconstruction in December 2018, following low sales for Overkill’s The Walking Dead on PC. At the same time, CEO Bo Andersson also stepped down. And the last big piece of news to arrive was when its offices were raided over suspicions of insider trading.

While the cancellation of this port doesn’t bode well for the company, it’s ultimately unsurprising. Just a few weeks ago, employees opened up about how a lack of revenue and an unrealistic production schedule made the game destined to fail.

Even if Starbreeze will stay afloat after this loss it’s difficult to imagine a positive future for the company in the wake of their recent struggles. The publisher recently sold the rights to the upcoming System Shock 3 back to OtherSide Entertainment so things definitely aren’t going well but perhaps these recent developments are a form of addition by subtraction.

At least those who preordered the game will be getting a refund on their purchase. Unfortunately, that’s not always the case when a company can’t deliver on its promise.

Previous articleXbox Game Pass Adds 2 More Games to Its February Line Up
Next articleAnthem Voice Cast Is Stacked From TV and Film to Hit Games
Janet Garciahttps://www.youtube.com/channel/UCnfZ6eVYE4X2dzDixD5cNrw/featured
Janet Garcia is an editorial writer with bylines at IGN, Kotaku, and more. Her favorite genres are platformers, puzzle games, and simulators but in reality she spends most of her time playing FIFA tournaments in her apartment.