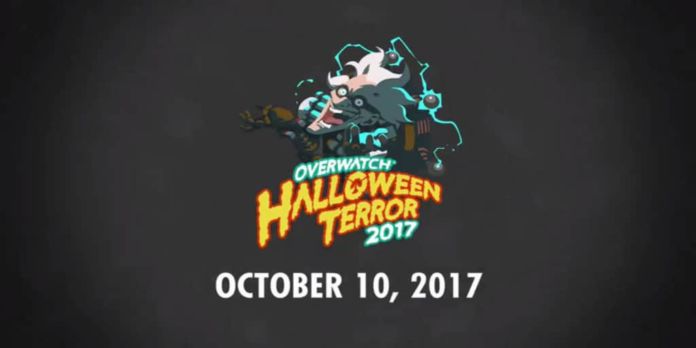 It’s official. Overwatch is bringing back their Halloween Terror Event that many fans adored this time last year. The event is poised to launch on exactly the same date as last year – October 10th.

Blizzard has yet to confirm exactly what we should expect from the event. However, they did release a snippet of footage on Twitter that we can use to gleam some details:

The nights grow cold
And monsters appear
A great evil gathers
And Halloween draws near… pic.twitter.com/98CXWqQ0gc

At seven seconds, it’s not much. Just a quick glimpse of what appears to be a Headless Horseman styled Reaper getting the jump on McCree. I imagine this is McCree in his Halloween garb too, but it’s subtle.

When the logo pops front and center at the end of the clip its Junkrat’s rendition of Dr. Junkenstein that adorns it. Perhaps this is an early indication that the beloved mode Junkenstein’s Revenge will be making another appearance? We can only hope so…

Last year, we got Halloween renditions of a good portion of the roster. New spooky skins were made for Roadhog and Junkrat, Mercy, Reaper, Ana, Bastion, Hanzo, Soldier: 76, Pharah, Symmetra, Reinhardt and two for Zenyatta.

Hopefully this year we’ll be able to round out the crew and get Halloween costumes for everyone. It looks like McCree is poised to have one debut. That just leaves Doomfist, Genji, Sombra, Tracer, Mei, Torbjörn, Widowmaker, D.Va, Orisa, Winston, Zarya, and Lúcio. C’mon, we’re not asking for much, Blizzard.

In addition to the new skins, there are sure to be other treats as well. The aforementioned Junkenstein’s Revenge is likely to return. And perhaps a new Halloween themed mode could be included in addition to that. Last year Blizzard also included Halloween themed loot boxes, a trio of terror sprays, and terror loot. Expect about the same this go around.