Why Those Pearl and Marina Amiibo Are Worth Buying 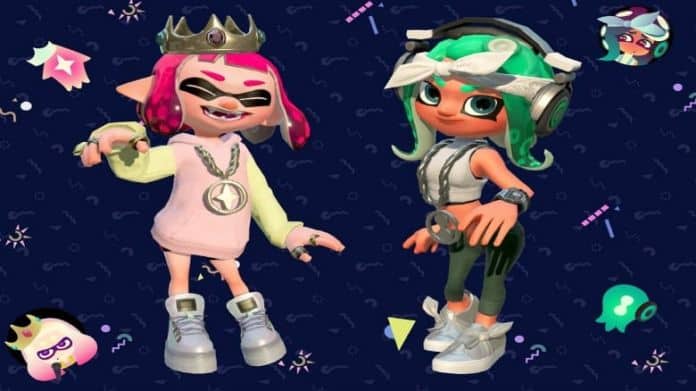 Next week Splatoon 2‘s Marina and Pearl are swimming onto shelves when their new amiibo release. And thanks to a thread from the official Japanese Twitter, and confirmation from Nintendo of America’s Twitter account we now know exactly what to expect from these lovely figurines:

The Pearl and Marina #Splatoon2 #amiibo figures take the stage July 13th! With each amiibo you can unlock a unique Octo Expansion themed outfit, and a new visual theme/sound effects for the Squid Beatz minigame! pic.twitter.com/CIGFzhUcoC

The new clothes are the hip-hop outfits as seen in the advertisements for the recently released DLC, Octo Expansion. The best part of these outfits is how they’re clearly in the vein of Biggie and Tupac, with Pearl rocking the crown and Marina rocking Pac’s signature West Coast bandanna.

In addition to these fresh looks, you’ll also be able to take pictures with them! And here’s a quick video teasing that rhythm game:

Come July 13th you’ll be able to add these adorable hosts to your collection. While the amiibo craze isn’t what it once was there are still plenty of avid collectors out there. Plus the added content often makes amiibo well worth the price. And this pair is no exception.

If you still haven’t gotten you full Splatoon 2 fix be sure to check out the Octo Expansion DLC if you haven’t already. Here’s a reminder of what it comes with:

The new adventure features 80 missions starring Agent 8, a new character who awakens without her memories on a dark subway platform. Navigate the twisted depths in a battle to reach the surface of Inkopolis. Once you escape, you’ll be able to join multiplayer* matches as an Octoling!