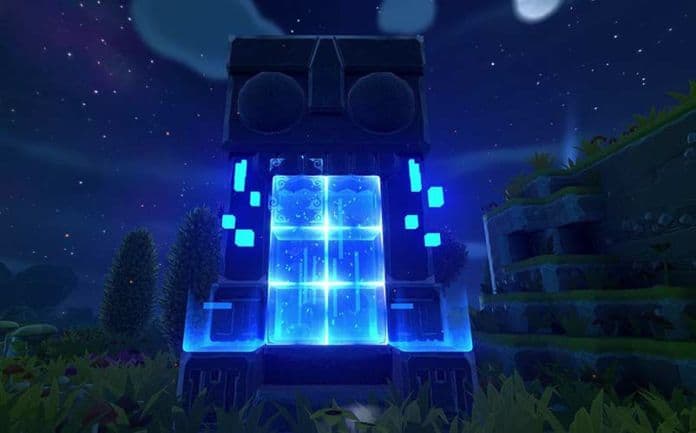 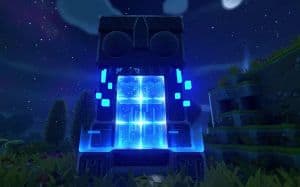 The 3D sandbox RPG Portal Knights from 505 games made its debut on Steam Early Access on February 23rd. We’ve had the opportunity to play it and offer you our initial thoughts (admittedly, it wasn’t easy to tear ourselves away to do so). This is a game we’ve been looking forward to since it was announced just a few weeks ago, and it definitely does not disappoint.

This game has all the features we love from Minecraft and Terraria, but with added RPG elements that elevate it to a whole new level of addictive. The ability to choose from three standard RPG classes (Warrior, Mage, or Ranger) and customize your character’s appearance certainly add to the game’s appeal, although right now the classes feel a bit sparse. For example, there are abilities to choose from as you level your character, but very few and most levels don’t give you a choice; also, your stats are allocated automatically. More features added to each class would really put this game head-and-shoulders above other sandbox games.

The graphics are also a step up from the aforementioned pixelated games, lending the game a delightfully whimsical feel. Players travel through portals to a series of randomly-generated islands, each with a beautifully rendered landscape and a unique selection of resources available for mining. There are structures for players to explore and a variety of monsters populating each island, including bosses. The live-action combat is simplistic yet fun, and will undoubtedly be improved by the addition of controller support in the future. 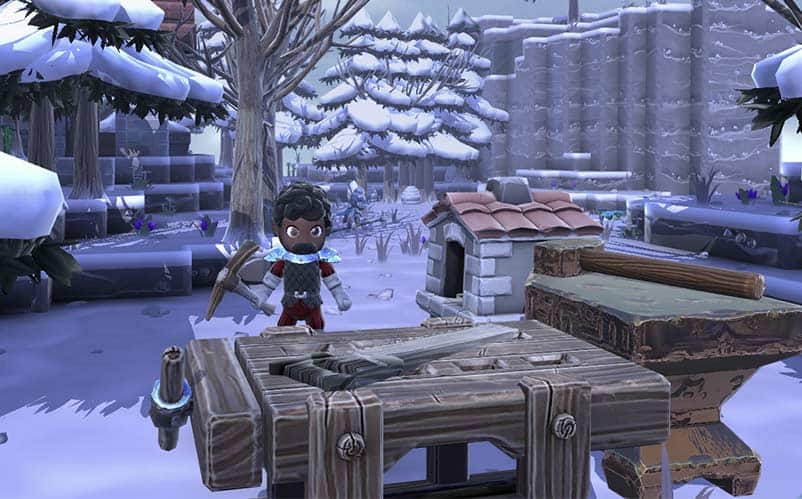 Players start off with a selection of basic crafting recipes, with several structures available for crafting (workbench, anvil, furnace, and altar); as higher level resources are discovered, the crafting surfaces can be upgraded to unlock higher-tier recipes. As with Minecraft, players are able to craft different types of blocks which they can use to construct buildings, and the possibilities are limited only by one’s imagination. We all know how creative the gaming community can be, and expect to see some thoroughly impressive creations circulating the internet in the coming days.

As is usually the case, the real fun comes when playing with others. Portal Knights allows for co-op with up to four players, so you can combine forces to kill monsters, explore dungeons, and build a truly formidable stronghold. This game would be a perfect choice for families, as it truly spans all ages; it’s easy enough for children to grasp (and they will no doubt be attracted by the adorable graphics), but adults will find it enjoyable as well. 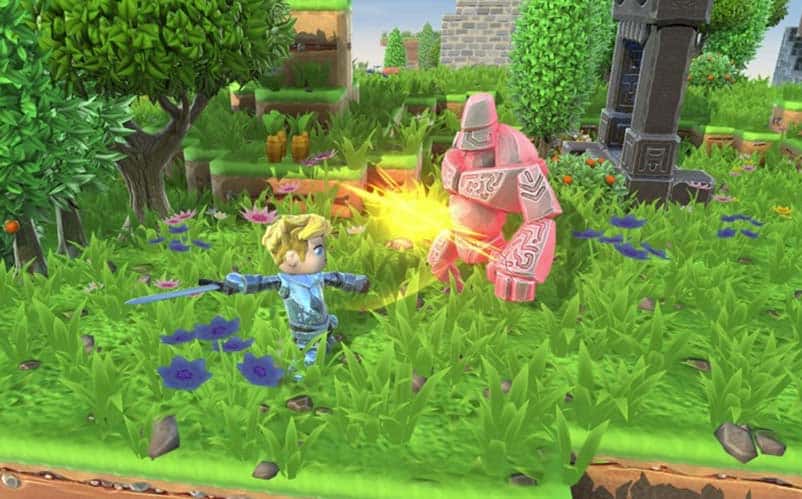 Also, players should note that unlike Minecraft, it IS possible to fall off the edge of the map in Portal Knights. However, we have not noted any negative effects from dying aside from being transported back to the starting area. As the islands are fairly small, though, this is not extremely detrimental. Thankfully, you don’t lose your entire inventory, leaving you less prone to ragequitting.

Overall, our initial impression of the game has been highly favorable. We’re hoping that the developers will add some content to flesh it out a bit more, particularly in the RPG department; but for the most part, it already feels like a very well-developed game, and one that PC gamers won’t want to miss.

50 Best Minecraft Creations You Have to See To Believe