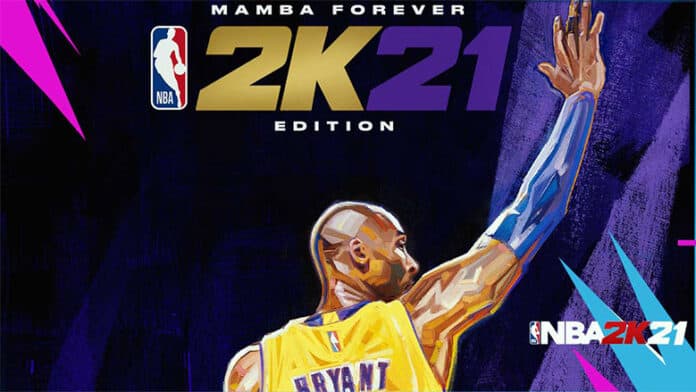 Last week, 2K Games announced that the price of the PS5 and Xbox Series X versions of the highly anticipated NBA 2K21 would come in at $69.99 – $10 higher than the average new AAA video game.

Since gaming was first introduced, it has always been treated as a luxury. There is a high price for entertainment. That’s true, even now, as the pricing structure evolves to fit the needs of the modern video game consumer. It also reflects the current fiscal climate that evolves with each new console generation introduced.

Our economy is structured to inflate over the course of time, so $20 back in 1960 doesn’t hold the same worth as it does in 2020. To illustrate how this affects us, as gamers, let’s dig into the trends of gaming and how inflation has affected our views on the prices of consoles and games over time.

Both casual and hardcore gamers are conscious to what they’re buying. Older gamers may remember a time where it was the norm for a gaming console to be priced as a luxury and 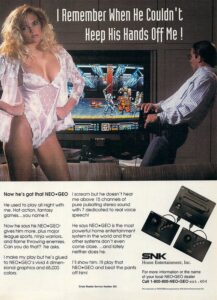 the games were priced accordingly. The Neo Geo and 3DO priced at $649.99 (that’s $1,220 in 2019) and $699.99 respectively catered to a market of gamers and families that wanted to experience a new form of entertainment, the former sold 1 million units and the latter notoriously failed in the marketplace, was it due to its high price? Lack of content? Looking at current trends, all signs point to yes regarding both of those reasons.

If we were to do the math and adjust for inflation the prices of a video game in the ’70s and ’80s, it would be the equivalent of $80 dollars today. The announcement of NBA 2K20 being priced at $70 USD for the PS5 and Xbox Series X suggests that there is a cycle to these trends. The costly way we produce games (with the exception of indie developers which we will dig into later) requires large teams and resources to produce a $60 game which has been the industry standard for fifteen years as technology evolved to justify that price range.

With the exception of notoriously high-priced PC gaming rigs, home consoles have evolved to become more media-based, arguably starting with the PlayStation 2, a hugely successful console that featured the function of also being a DVD player. DVD players were more costly in the early 2000s so a gaming console that could function as both was a huge factor in justifying its price of $299 USD – which is interesting considering that the PS3 repeated the trend of playing the newly introduced Blu-Ray discs but launched at the price of $499.99 (20gb model) and $599.99 (40 GB model), teaching us that a repeated business model doesn’t always mean success as consumers spoke with their wallets and favored the Xbox 360 ($299.99), which chose to play DVDs instead of embracing the Blu-Ray format.

Sony later introduced a more affordable “slim” version of the PS3 in 2009 at the more affordable price that offered the same features and quickly caught on as an affordable option to both play video games and Blu-Ray movies.

The Increasing Cost of Developing Games

Reports suggest that the costs of developing video games increase every quarter, I believe that this is due to the ever-changing advancements in the technology that powers our consoles. Gaming as a medium and an art form is continually evolving and is being embraced with each console generation. The Nintendo Switch (which costs $257 to manufacture) was priced at a competitive $299.99 USD, compared to Sony’s PS4 (launched at $399.99) and Microsoft’s Xbox One (launched at $499.99), and it offered consumers something new yet familiar and quickly became a success and continues to succeed without changing its price point.

Buyer’s remorse also plays a role in the decision making when it comes to establishing a price point. We still don’t know the price for the next generation, but it will cater to the consumer by offering substantial content on the outset to combat the buyer’s remorse some first adopters feel when purchasing a new console. This remorse affects games that we buy as well, whether it’s the type of genre that encourages and offers longevity (RPG’s) or original IP’s enticing gamers with narratives that haven’t been done before justifying its $60 price point. 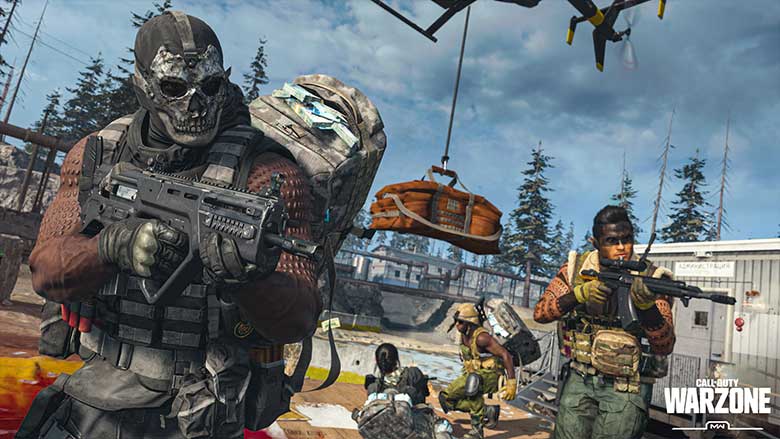 Speaking of the development that goes into video games, due to advancements and strides that have been made in gaming it affects the pricing as well. Larger teams and resources are needed and oftentimes necessary to develop video games and market them. The way we develop video games today is complex and requires a lot of money to produce. The game development process can take about anywhere between a few months to a few years.

The costs of developing games has only gotten more expensive, as proven by Kotaku, whose reports state that gaming development can anywhere from 15 million to 60 million, EA executive Rich Hilleman stated in a speech that his company “now typically spends two or three times as much on marketing and advertising as it does on developing a game.”

The budget expands even more when we take into account the production AAA titles such as the massively successful Call of Duty franchise which according to Business Insider costs on average (taking into account both marketing and development) a cool $200 million. The Red Dead Redemption franchise costs about $100 million (if adjusted for inflation approximately $109 million). Final Fantasy VII, a massively successful (and still revered) title in its own right at the time, cost around $45 million (but if we adjust for inflation today it cost $214 million). 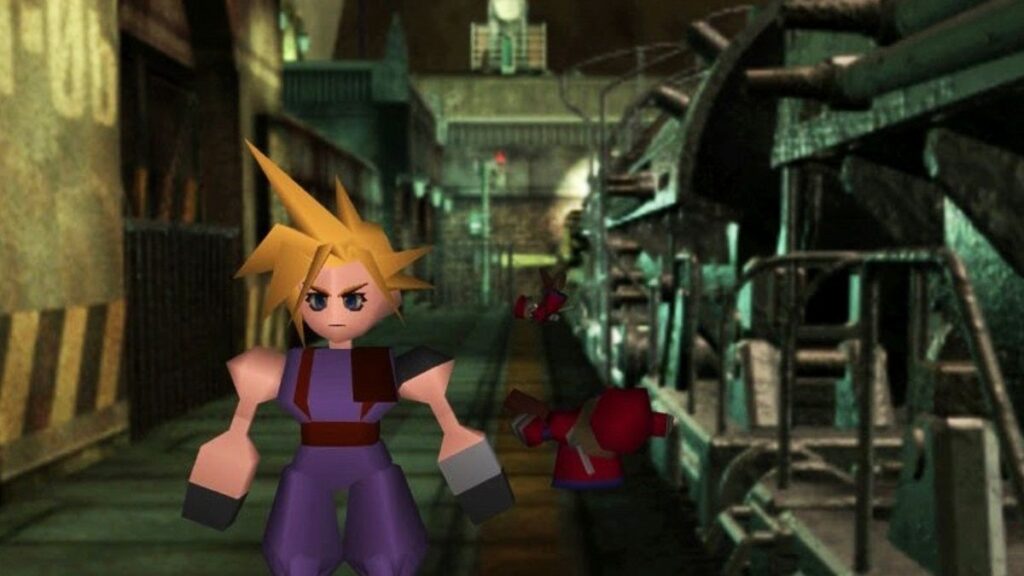 The exception to this trend is indie titles, mostly due in part to smaller teams, fewer resources, and in lieu of the traditional marketing tactics bigger-budgeted titles use simply rely on word of mouth and positive reviews which can translate to great success. Titles like Untitled Goose Game and Stardew Valley (the latter of which made its creator 30 million in profit from a game priced at $14.99) and the former launched at $19.99 and Engadget reported that after only three weeks at launch sold over 100 million copies. Both games offer something unique and different at a lower price than most titles and most gamers rarely feel buyer’s remorse buying an indie title because not only are they supporting a passionate indie developer but they are investing in titles that offer unique narratives and longevity.

Historically, video games are designed and marketed to be an interactive alternative form of entertainment for all. Pricing is a large part of making this (what could be considered a luxury) accessible. The thoughtfulness that goes into being cognizant of hitting a “sweet” spot in our wallets is paramount when it comes to video games. If we were to look at the pricing trends of video games and compare them to how they’re structured now you will find that the average video game of say, an NES cartridge in 1990 was $50. If we were to adjust that for inflation that cartridge would be $90.10 USD today. Another example, IGN reported on inflation in 2013 and the average price of say, the classic party game Mario Party for Nintendo’s N64 once retailed at a price of $70 but adjusted for inflation today in 2020 it would be the equivalent of $101.10 USD according to the CPI inflation calculator.

In a similar fashion, the price of a PlayStation 2 and Xbox game was $50 but interestingly enough would be $61.10 USD today. The same price that video games have been for the past two console cycles this proves there’s a legitimate cyclical nature to these pricing trends and there’s even more evidence supporting that theory considering the recent speculation surrounding the pricing of the next generation of titles starting with NBA 2K21 starting at $70 dollars USD, 10 dollars above the PS4 and Xbox One versions.

Does this set a precedent for how much next-generation games are going to cost gamers?

Judging from the trends and pricing structures listed above, my money is on yes. If we look at the games offered alongside the launch of the PS3 and Xbox 360, games like Call of Duty 3 and Elder Scrolls: Oblivion were priced at $49.99 which was (at the time) the same price as the previous generation. It wasn’t until mid-console cycle video games were priced at ten dollars higher and that trend continued with the PS4 and Xbox One launch titles Call of Duty: Ghosts and Assassins Creed: Black Flag.

The data stated suggests that this trend attributed mainly to the cost of making games and pricing them accordingly is very much like a snake eating its own tail.

Will Prices Get Even Higher Going Forward? 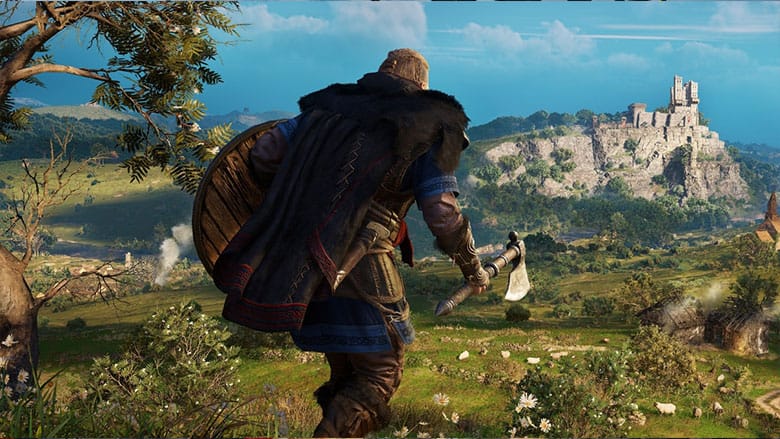 The past fifteen years have seen pricing being reflected in content, will we see higher prices going forward attributed to the new consoles being introduced and the extra effort necessary to production and development of new titles and ports of older ones?

Looking at the facts and trends over the past two decades, signs point to yes. This research offers an insight into the 4 w’s the “Who? What? When? And Why?” of gaming, this intriguing glimpse into the financial past and future of gaming and how we develop them in an ever-changing landscape gives us an advantage in determining what comes next with each new generation.