It’s been five years since the last Resident Evil film graced the big screens and for many it seemed like this six movie film series would not actually receive an ending. Yet, much like the now critically hailed Resident Evil 7 video game, Final Chapter has emerged to try and do the series justice like its digital counterpart. Sadly, this film didn’t fair well and is simply a sour final note to a series that has been treading water for ages now.

Truthfully, it should come as no real surprise that director Paul W.S. Anderson fails to deliver anything remotely close to compelling. Given his last few movies just feel like someone slapped together their favorite scenes from the games, Resident Evil: Final Chapter effectively has dozens of loose ends it needs to finish. This is a monumental challenge for any movie mind you, but entire sections of the film are just haphazardly stitched together via a paper-thin plot about an anti-virus. While this film does have some fun callbacks to the original it fails to answer what happened to key characters like Chris Redfield, choosing to act like they never existed.

This is immensely frustrating, especially for someone who has been following these movies since their original release. Final Chapter takes place after an undisclosed amount time since the fifth’s movie ending and sees our returning hero Alice (Milla Jovovich) seek out her revenge against the Umbrella Corporation. If you’re wondering what happened to that whole Wesker (Shawn Roberts)/Alice team up teased at the end of Retribution don’t get your hopes up. The film simply sweeps such an idea (and even the events) under the rug for the sake of driving the new plot forward.

After being contacted by the Umbrella Corporations powerful A.I. system “The Red Queen” (Ever Anderson), Alice is informed of an airborne cure being hidden away in Raccoon City. She must then journey to her former city, where she meets up with Claire Redfield (Ali Larter) and a bunch of survivors in order to make a final attack on The Hive. This is not the worst plot in the series and at times it can be rather coherent with the main narrative thread running throughout. There’s also a sub-plot revolving around Dr. Issacs (Iain Glen) having made clones of himself, but this gets lost midway through the movie. 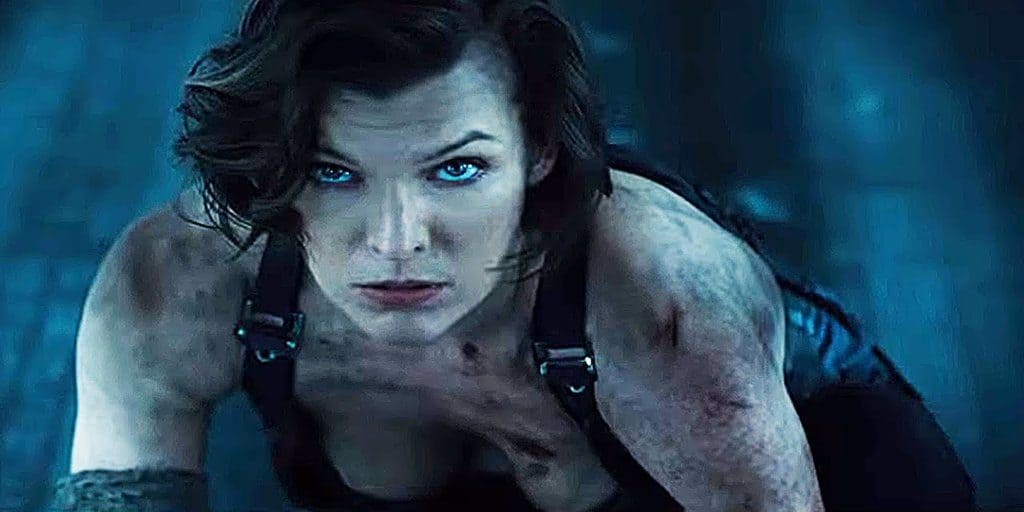 Perhaps that’s Resident Evil: The Final Chapter’s biggest issue, as it just seems to half-ass every aspect of the story. Yes, there’s enough to have a core story but it’s never explored in any meaningful or interesting way that either furthers the lore of the series or works in actual continuity with it. The only actual part that is relatively interesting has to do with The Red Queen and her creation. Yet, because The Final Chapter is so bent on stuffing it with as many action scenes as possible it never slows down to catch its breath.

Because of this scenes between characters that don’t involve the wholesale slaughter of the undead feel rushed and unfinished. Dialogue exchanges are often very brief and the film lacks slower moments to let the characters breath and develop. It’s frustrating because there are nuggets of good ideas in this movie such as Wesker’s relationship with Dr. Issacs. You can see where Anderson wanted to go with this movie at times as there are big homages to the first movie and the going home theme is interesting. Yet. it’s simply window dressing and fails to offer anything or anyone worth caring about.

The other survivors are simply nothing more than fodder for the almost ludicrously insane traps Umbrella is now using. Thankfully, the actual violence itself is entertaining enough that it can take some of the burden off the intolerable story. Set pieces are often big and extravagant, employing a variety of different bio-weapons and infected. Monster designs look good in motion (mostly) and there are some fun hints for those who are fans of the games.

However, a lot of this is undercut by the absurd editing that makes much of the action either nauseating, impossible to follow or both. Extremely quick cuts cause much of what could be flashy moves lost in transient and makes most engagements look sloppy. It’s almost as if they didn’t trust their stunt performers and Milla to deliver, despite having done so in the past.

Resident Evil: The Final Chapter is a disappointing finish to a film series that failed to live up to expectations. Much of this is thanks to the poorly-written story that couldn’t be bothered to address any of the film’s loose ends or problems. This is only enhanced by the mediocre acting, underwhelming supporting cast, and editing that makes the action utterly nonsensical. Much like the Raccoon City incident, this is a movie that was better left untouched.