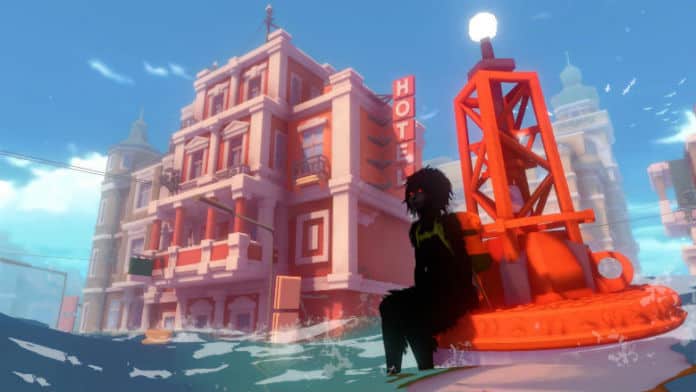 After showing us bits and pieces of the game over the last few years, Jo-Mei Games is apparently nearing the finish line. The studio’s emotional adventure is about ready to tell its story, as EA has set the Sea of Solitude release date for early July.

We’ve seen Sea of Solitude at various events over the last few years. Developed as an indie game, Jo-Mei Games’ project was picked up by Electronic Arts as a EA Originals title back in 2016.

Since then, we’ve seen a few demos and have heard from the project’s creative director, Cornelia Geppert, a few times. Geppert describes the game as “by far the most artistic and personal project I’ve ever created.” In an article about games tackling mental illness within The New York Times, Geppert revealed that the game was a reflection of the artist’s mental state after a bad break up in 2013. “I felt like I was trapped in a cage,” she described.

Officially, EA describes the game, saying “Sea of Solitude takes you on a personal journey of a young woman’s loneliness.  Set sail across a beautiful and evolving world, where nothing is quite what it seems.  Meet fantastical creatures and monsters, learn their stories, and solve challenges.  Explore a flooded city, either by boat, on foot, or by swimming through the water itself.  Dare to look what lies beneath the surface, in a haunting struggle of darkness and light, and discover what it truly means to be human.”

EA positioned the game at a great time. The Sea of Solitude release date is set for July 5th, launching it across a holiday weekend for those in the United States. Hopefully that will help the ambitious indie get the attention it deserves.

For other indie titles headed our way this year, checkout Nerd Much?’s feature covering the best indies across PC, Switch, Xbox One and PlayStation 4.

Previous articlePokémon Sword and Shield Direct Scheduled for Next Week
Next articleRoller Champions Leaks, Rocket League Styled Roller Derby Game
Jeff Scott
Growing up a 90's kid, Jeff found his love for gaming during Nintendo's heyday. Because of that, you could (perhaps sadly) call him a "Nintendo Fanboy" to this day.