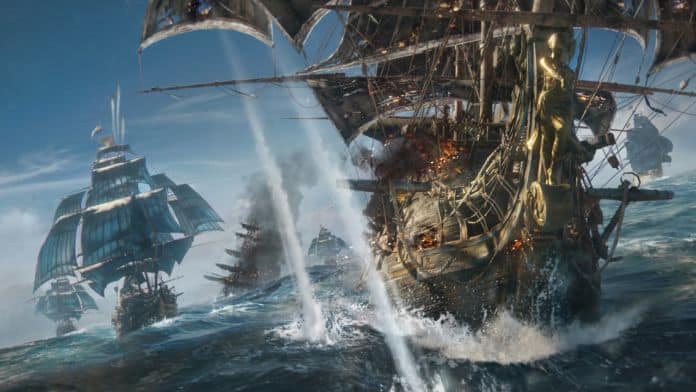 Ubisoft’s currently unreleased game, Skull & Bones, is getting a television show, as noted by Hollywood Reporter. The company is collaborating with Atlas Entertainment and jumping the gun to double down on this intellectual property.

This TV adaptation will be a women-driven “drama set in the lawless frontier of the Indian Ocean at the end of the golden age of piracy in the 1700s.” This makes Skull & Bones yet another example of Ubisoft flipping its IP into film and television alongside the upcoming Just Dance movie and the fact that David Leitch is currently working on a movie based on Tom Clancy’s The Division.

Often times, TV and film adaptations are ways to capitalize on an existing fandom. People fall in love with the game and want to experience the world in a new way. In the case of Skull & Bones, it’s unclear how the television show and game release will function in relation to one another.

Originally slated for fall 2018, Skull & Bones has been delayed until 2019 at the earliest. It seems like a daunting task to build both the game and the TV world almost simultaneously but there’s no word on when we’ll see Skull & Bones the game or the TV show.

Previous articleAnthem Voice Cast Is Stacked From TV and Film to Hit Games
Next articleDreams Launches in Early Access This Spring
Janet Garciahttps://www.youtube.com/channel/UCnfZ6eVYE4X2dzDixD5cNrw/featured
Janet Garcia is an editorial writer with bylines at IGN, Kotaku, and more. Her favorite genres are platformers, puzzle games, and simulators but in reality she spends most of her time playing FIFA tournaments in her apartment.