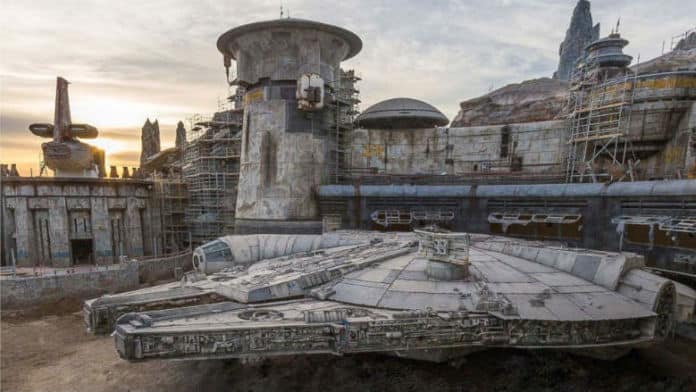 You and your family are finally going to get to visit that galaxy far, far away. For the last few years, Disney has been hard at work on a Star Wars specific area in its various parks. And today, Disney’s CEO, Bob Iger, confirmed what the Star Wars: Galaxy’s Edge opening dates would be.

Announced during the Annual Meeting of Shareholders and then spread via Good Morning America, Iger confirmed that the Star Wars: Galaxy’s Edge opening dates would be in May and August of this year. For Disneyland in Anaheim, California, visitors will get to begin entering the location as of May 31st. For those that visit Walt Disney World in Orlando, Florida, the locale will be accessible on August 29th.

These Star Wars: Galaxy’s Edge opening dates are sooner than originally expected. Disney initially planned to have the parks open up to the public later in the summer for California and in the fall for those in Florida.

Spread across 14 acres, Galaxy’s Edge will be Disney’s largest themed expansion ever. There will be a ton of things to do, but the main highlights of Galaxy’s Edge consists of two attractions and a restaurant. Star Wars fans will get to explore the Millennium Falcon and take part in a mission while visiting Millennium Falcon: Smugglers Run. And they’ll also jump into the middle of the ongoing war within Star Wars: Rise of the Resistance.

After experiencing the two attractions, you can head on over to Oga’s Cantina to enjoy a meal. There you can enjoy the sights and sounds while enjoying an alcoholic beverage too – a first for those that visit Disneyland in California.

Head on over to Good Morning America’s site to see a slew of conceptual imagery to get a feel for what Disney is striving for. It’s pretty impressive to say the least, and it will be amazing to see how Disney’s set magicians pull it all off.