Stupid Deaths is the Trivia that Kills You with Fun 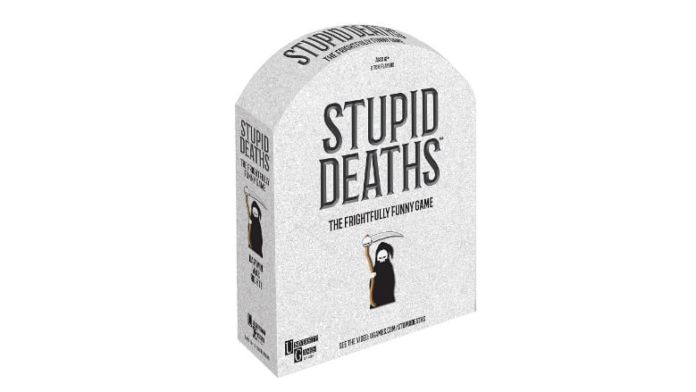 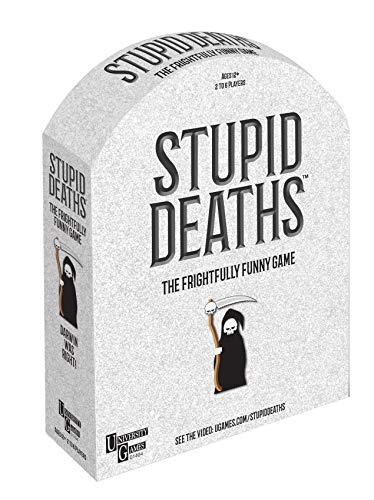 If you’re looking to kill it during your next game night, Stupid Deaths should be your trivia game of choice. It combines hilarious random historical trivia facts with the ever-looming threat of Death chasing you from behind. 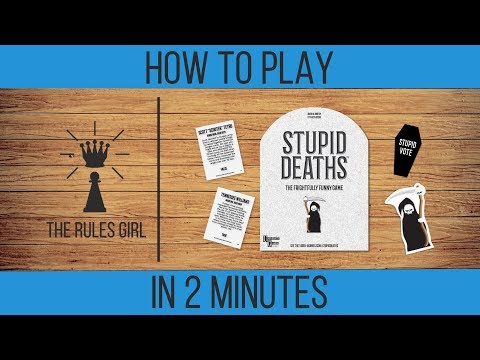 The game supports two to six players and comes with 300 Stupid Deaths question cards to keep the party going. Gameplay is simple. Everyone playing places their pawns on the green starting position which is halfway across the board from Death’s starting point.

Each round, a player reads the Stupid Death card pulled from the deck and reads it aloud. Players then select either their “True” card or their “False” card and place their answer face down. Once everyone is ready, everyone’s selections are then revealed.

The game then ends when someone first reaches Death’s red starting point on the other side of the board, or when only one pawn remains. There are one extra life cards as well for each player that will put you back in the game one spot ahead of Death.

Typically listed for $24.99, Stupid Deaths is currently on sale at Amazon for $19.97 with free shipping for Amazon Prime owners. University Games’ hit not only teaches you something along the way, but it’s also frightfully fun for game lovers with a dark sense of humor. It’s proven to be a hit on Amazon, with 64% of customers rating it five stars and an additional 18% giving it four.

If you’re looking for a new game to spice up your holiday get together, Stupid Deaths is the perfect way to break the ice. Check it out right there.