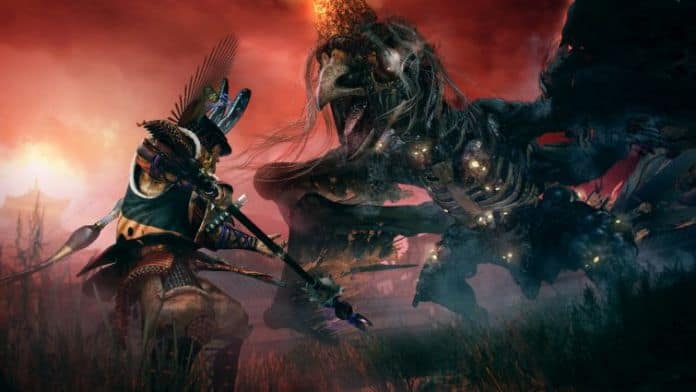 Tom Lee, Creative Director over at Team Ninja, dropped some details this morning regarding the final set of DLC coming for the surprise PlayStation 4 hit, Nioh. One of those details included the pleasant news of a release date before the end of the month. 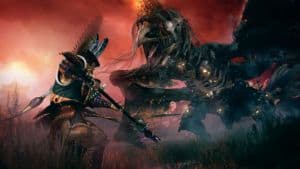 Nioh‘s final DLC is entitled Bloodshed’s End, with Lee calling it “the perfect way to conclude the final chapter of the bloody Sengoku period.” The content picks Nioh‘s story up right from the conclusion of the last DLC, Defiant Honor. Here is Lee’s breakdown of the plot within Bloodshed’s End:

“Our latest adventure picks up where we left off in Defiant Honor. The Siege of Osaka’s winter campaign was put to an end by a peace negotiation between Toyotomi and Tokugawa.

However, conditions were harsh as Osaka Castle lost its secondary and tertiary enclosures, as well as its inner and outer moats, leaving just the main enclosure for the defeated.

Inevitably, this situation led to an uprising and another war broke out just months after the winter campaign. This is the final phase of the Sengoku-era, and the end of William’s journey.”

While the new DLC contains the usual main missions, sub missions and Twilight missions you’re familiar with in Nioh, it also contains an entirely new game mode: The Abyss. Team Ninja’s Creative Director didn’t go into specifics, instead teasing more details closer to release, but he did state that The Abyss is a place in which “the strongest warriors can test their skills in a perpetual battleground.” Lee promised “epic battles and unique challenges for the most skilled players” within the mode. So it’s likely we’re looking at some type of challenge maps akin to the type we saw within the Batman games and others.

Bloodshed’s End will also incorporate plenty of other additions to Nioh, including new characters, a new difficulty level, new Yokai, and a new Guardian Spirits. All of this comes with a  $9.99 price tag – unless you bought the season pass, of course. Nioh‘s final DLC hits the PlayStation 4 on September 26th.