While December is not a huge month for book releases, we did manage to scrounge up a handful for your enjoyment. Add these to your wish list for the holidays or treat yourself to a good read to curl up in front of the fire with. Either way, we’ve gone to the trouble of sifting out the worthwhile ones so you don’t have to (consider it our gift to you). Most are from lesser-known authors that you may not have read yet but will definitely want to.

So, for your reading pleasure, here is December’s list of upcoming top fantasy and best sci-fi books. Also, you should check out our best new fantasy books of 2015 list. 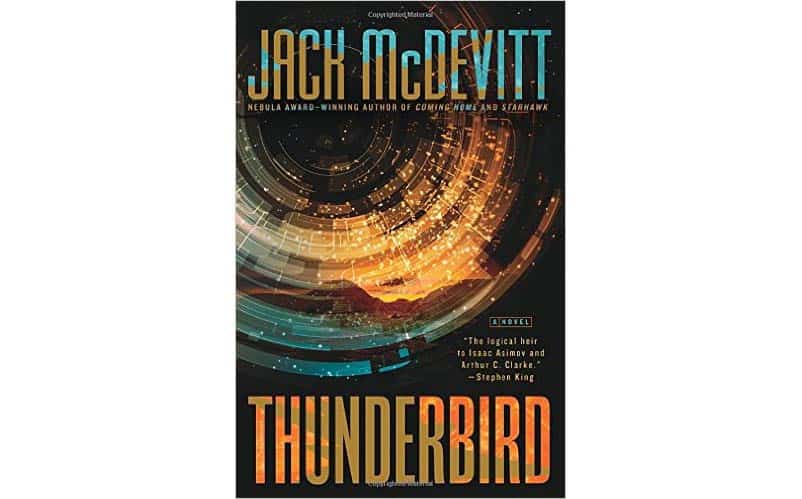 “A working stargate dating back more than ten thousand years has been discovered in North Dakota, on a Sioux reservation near Devils Lake. Travel through the gate currently leads to three equally mysterious destinations….The race to explore and claim the stargate quickly escalates, and those involved divide into opposing camps who view the teleportation technology either as an unprecedented opportunity for scientific research or a disastrous threat to national—if not planetary—security. In the middle of the maelstrom stands Sioux chairman James Walker. One thing is for certain: Questions about what the stargate means for humanity’s role in the galaxy cannot be ignored. Especially since travel through the stargate isn’t necessarily only one way…”

Nebula Award-winning author Jack McDevitt, best known for his Alex Benedict and Academy  series, revisits the world of his Ancient Shores novel almost twenty years later in this follow-up, Thunderbird. If you read Ancient Shores and were frustrated with the lack of explanation regarding the origin of the stargate, McDevitt promises that this novel will answer those questions. It may have been a long time coming, but better late than never, right? If you haven’t read the first book, we recommend doing so before you pick up this one. And since McDevitt has been writing fantasy and sci fi since before we were born, it will definitely be worth your while.

2. The Rising (The Alchemy Wars) by Ian Tregillis 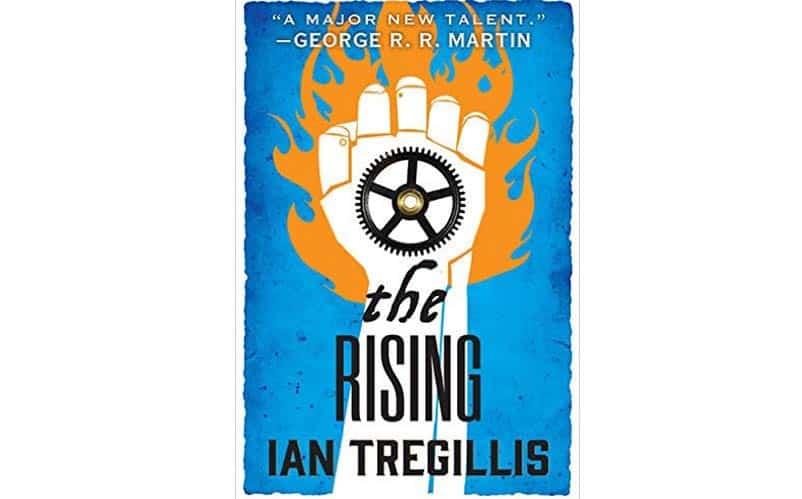 “Jax, a rogue Clakker, has wreaked havoc upon the Clockmakers’ Guild by destroying the Grand Forge. Reborn in the flames, he must begin his life as a free Clakker, but liberation proves its own burden. Berenice, formerly the legendary spymaster of New France, mastermind behind her nation’s attempts to undermine the Dutch Hegemony — has been banished from her homeland and captured by the Clockmakers Guild’s draconian secret police force. Meanwhile, Captain Hugo Longchamp is faced with rallying the beleaguered and untested defenders of Marseilles-in-the-West for the inevitable onslaught from the Brasswork Throne and its army of mechanical soldiers.”

Novels about what happens when humanity pushes technology too far and robots finally rebel against their creators are hardly in short supply. This one, however, is unique in the fact that it’s not futuristic; rather, it takes place in the past in an alternative universe, using magic and steampunk technology. Also, it is from the point of view of one of the automatons. The Rising is the second installment in a planned trilogy, which begins with The Mechanical, from the author of The Milkweed Triptych series. Do yourself a favor  and pick up the first book, if you haven’t already;  you should have no trouble breezing through it in time for the second one. 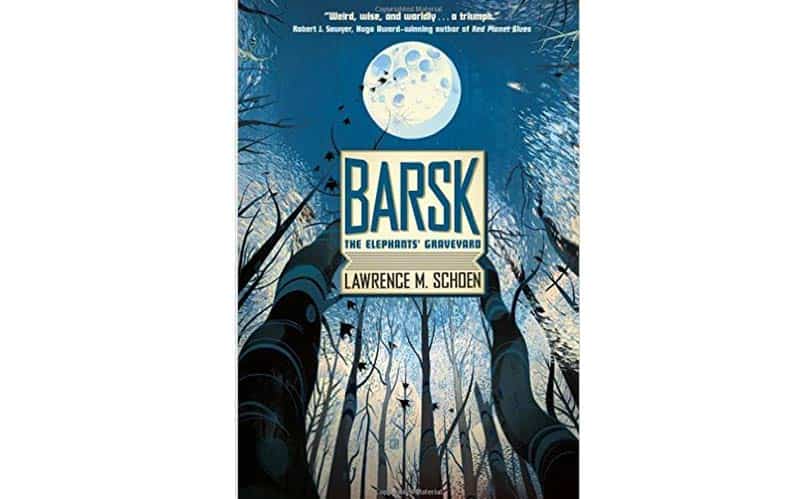 “An historian who speaks with the dead is ensnared by the past. A child who feels no pain and who should not exist sees the future….In a distant future, no remnants of human beings remain, but their successors thrive throughout the galaxy. These are the offspring of humanity’s genius-animals uplifted into walking, talking, sentient beings. The Fant are one such species: anthropomorphic elephants ostracized by other races, and long ago exiled to the rainy ghetto world of Barsk. There, they develop medicines upon which all species now depend. The most coveted of these drugs is koph, which allows a small number of users to interact with the recently deceased and learn their secrets….an offworld shadow group attempts to force the Fant to surrender their knowledge. Jorl, a Fant Speaker with the dead, is compelled to question his deceased best friend, who years ago mysteriously committed suicide. In so doing, Jorl unearths a secret the powers that be would prefer to keep buried forever. Meanwhile, his dead friend’s son, a physically challenged young Fant named Pizlo, is driven by disturbing visions to take his first unsteady steps toward an uncertain future.”

I’m sure you’ll agree when we say that this standalone novel from Lawrence M. Schoen sounds absolutely stunning. The initial reviews, in fact, are overwhelmingly positive. Schoen’s previous works, most notable among them the Tales of the Amazing Conroy series, are not well-known (yet) but definitely worth checking out, as well as his award-nominated novellas. We predict that his books will be getting a lot more attention in the upcoming month, as this book has all the makings of a breakout novel: spectacular world building, emotionally poignant narrative, compelling action, and fantastic character development.

4. Ash and Silver (The Sanctuary Duet #2) by Carol Berg 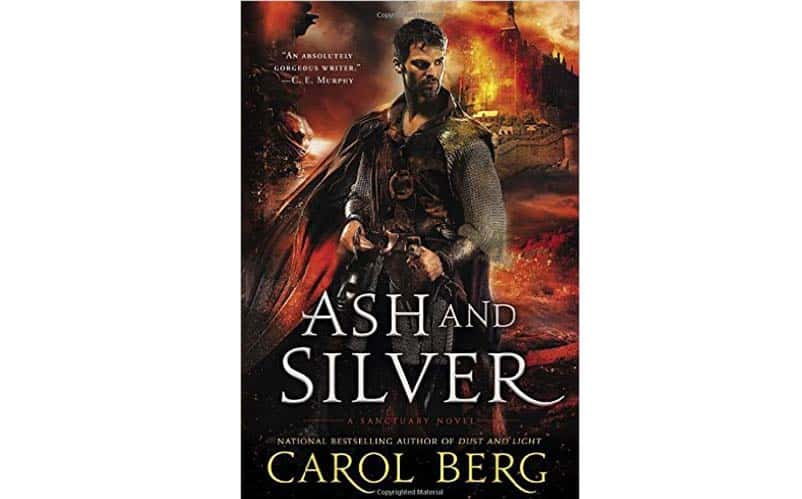 “Ever since the Order of the Equites Cineré stole his memory, his name, and his heart, thinking about the past makes Greenshank’s head ache. After two years of rigorous training, he is almost ready to embrace the mission of the Order—to use selfless magic to heal the troubles of Navronne. But on his first assignment alone, the past comes racing back…He is Lucian de Remeni—a sorcerer whose magical bents for portraiture and history threaten the safety of the earth and the future of the war-riven kingdom of Navronne. He just can’t remember how or why…Lucian must trace threads of corruption that reach from the Pureblood Registry into the Order itself, the truth hidden two centuries in the past and beyond the boundaries of the world…”

Nationally Bestselling author Carol Berg returns to the world of her Lighthouse novels with the epic fantasy series The Sanctuary Duet, of which Ash and Silver is the second installment. As this is a continuation of the first book, Dust and Light, reading that one prior is advisable so you have the backstory before going in. The Lighthouse series is not a prerequisite, as this is a separate story that just happens to be set on the same world, but you may very well find yourself wanting to read that after you finish this; it’s just that good. 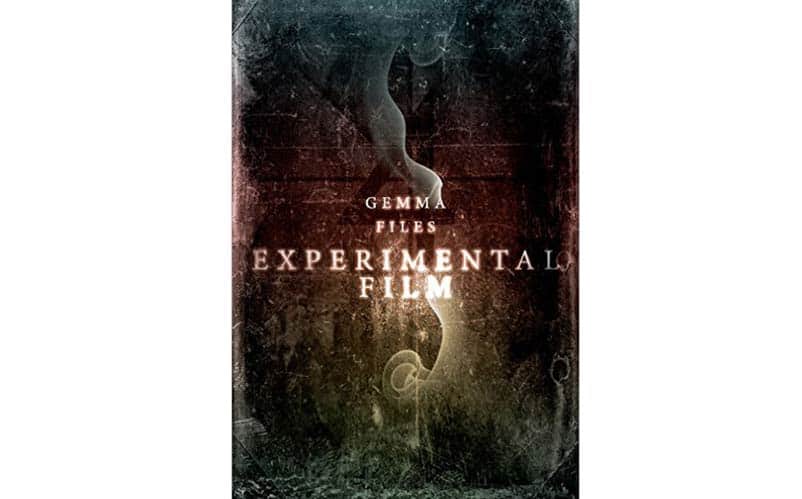 “Experimental Film is a contemporary ghost story in which former Canadian film history teacher Lois Cairns-jobless and depressed in the wake of her son’s autism diagnosis-accidentally discovers the existence of lost early 20th century Ontario filmmaker Mrs. A. Macalla Whitcomb. By deciding to investigate how Mrs. Whitcomb’s obsessions might have led to her mysterious disappearance, Lois unwittingly invites the forces which literally haunt Mrs. Whitcomb’s films into her life, eventually putting her son, her husband and herself in danger. Experimental Film mixes painful character detail with a creeping aura of dread to produce a fictionalized “memoir” designed to play on its readers’ narrative expectations and pack an existentialist punch.”

Experimental Film is a little different than the books we normally feature, as it is not so much fantasy or science fiction but rather contemporary horror. If being spooked is more your style, this is definitely the book for you. Horror fans may in fact already be familiar with the works of up-and-coming writer Gemma Files; she has published two collections of short stories and the Hexslinger trilogy. If not, though, this standalone story is a great place to start; it promises to be as compelling as it is frightening. 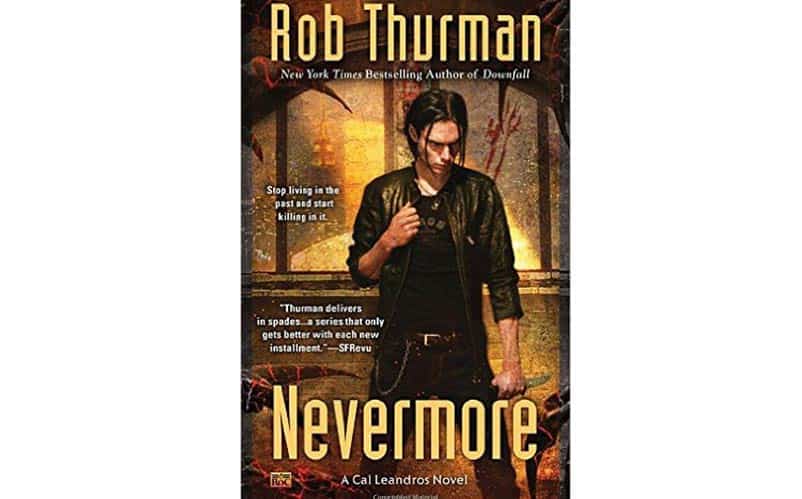 “People die. Everyone knows that. I knew it intimately as everyone in my life died thanks to my one seemingly harmless mistake. I’d brought down Heaven, lifted up Hell, and set the world on fire, all due to one slip of the memory. I forgot the pizzas…

Caliban is a dead man. The Vigil, a group devoted to concealing the paranormal from humanity, has decided Cal has stepped out of the shadows once too often… They plan to send a supernatural assassin into the past to take down the younger, less lethal Cal. But things change when The Vigil makes one last attempt on Caliban’s life in the present—and end up destroying everyone and everything he cares about. Now, Cal has to save himself, warn those closest to him, and kill every Vigil bastard who stole his world. But if he fails, he and everyone in his life will be history…”

Nevermore is the tenth installment of the Cal Leandros series from paranormal/urban fantasy writer Rob Thurman. While this sort of supernatural series seems to be trending right now (thank Twilight, I suppose) this one seems to be well done; the early reviews for Nevermore look to be all positive. If you haven’t read the first nine but are interested, they are about 300 pages each, so it shouldn’t be too difficult to catch yourself up.