Trailmakers Pulls Up to Xbox One on March 22nd 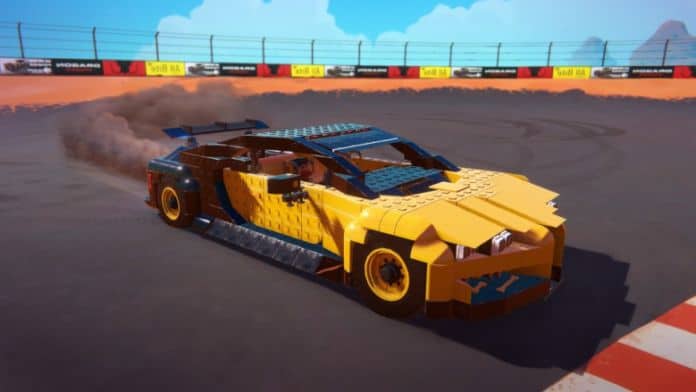 Trailmakers puts a vehicle-building spin on the racing genre and is coming to the Xbox One Preview Program on March 22nd. “It’s like LEGO Technic except you get to pilot the things you build.”

Using simple building blocks, players will craft their own vehicles to take to the racetrack. The pieces snap together easily and each one has its own physical properties (i.e shape and weight) that affect the vehicle’s performance. See what it takes to cross the finish line in the trailer below.

The game is already available on PC via Steam’s Early Access program but now Xbox One fans will be able to take the game for a test drive.

Rally mode is the game’s latest addition. In this game mode, you’ll have to race through increasing difficult tracks with each one requiring specific vehicle modifications to make it through the course’s various obstacles. In this sense, players will need to master both building and racing to become a master in Trailmakers.

The wide range of parts available in Trailmakers allows players to craft unique vehicles “from walking tanks to cars able to transform into a robot or jet with one button press.”

When it comes to exploring the world, players will start on a planet far from civilization where they must scavenge for resources in order to build their vehicles and survive the harsh and varied environments.

Trailmakers offers both single-player and multiplayer experiences. The game is available on PC already and arrives on Xbox One March 22, 2019.

Previous article25 Best Upcoming Nintendo Switch Games of 2019 (Updated!)
Next articleKingdom Hearts III Critical Mode, Paid and Free DLC in Development
Janet Garciahttps://www.youtube.com/channel/UCnfZ6eVYE4X2dzDixD5cNrw/featured
Janet Garcia is an editorial writer with bylines at IGN, Kotaku, and more. Her favorite genres are platformers, puzzle games, and simulators but in reality she spends most of her time playing FIFA tournaments in her apartment.